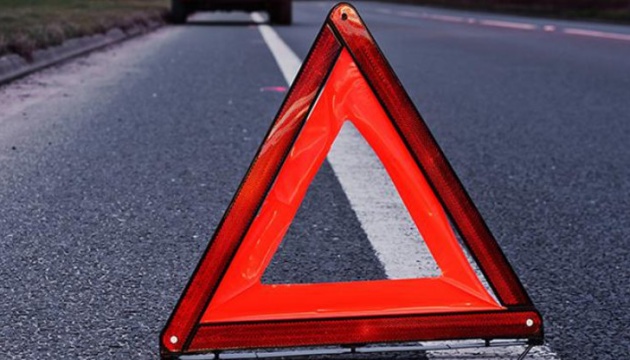 A militant of the "DPR" terrorist organization has been sentenced to ten years in prison in Donetsk region, the press service of the Security Service of Ukraine (SBU) has reported.

Dniprovsky District Court of Kyiv has sentenced to five years in prison a former head of the department of the State Tax Inspectorate in the Dniprovsky district of the main directorate of the State Fiscal Service in the Ukrainian capital for extorting and receiving a bribe of UAH 111,000 (about $4,000), the press service of the Kyiv Prosecutor's Office has reported on its Facebook page.

Employees of the Security Service of Ukraine (SBU) during September-October blocked the activities of an interregional network of anti-Ukrainian agitators in social media who acted in favor of Russia, the SBU press center has reported.

Those responsible for the death of activist Kateryna Handziuk, an advisor to the Kherson mayor, should be held to account, British Ambassador to Ukraine Judith Gough has said.

Pirates seize ship with Poles, Ukrainian on board off Nigeria coast - media

Pirates seized off the coast of Nigeria on Saturday the ship Pomerenia Sky, on board of which, according to preliminary data, there could be eight Poles, two Filipinos and a Ukrainian, according to RMF.FM.

Detectives of the National Anti-Corruption Bureau of Ukraine (NABU), under the procedural control of prosecutors of the Specialized Anti-Prosecutor's Office (SAPO), on October 23 detained ten people suspected of taking possession of over $20 million belonging to state-owned Oschadbank, the NABU press service has reported.

Abroskin: Over 50,000 administrative violations committed by foreign nationals in 2018

Foreign nationals in Ukraine have committed over 2,000 criminal and over 50,000 administrative violations since the start of the year, according to First Deputy Head of the National Police Viacheslav Abroskin.

Employees of the Security Service of Ukraine (SBU) have detained a militant of the DPR terrorist organization in Kirovohrad region, the SBU press service has reported.

The competent authorities of the Swiss Confederation, at the request of the Ukrainian Prosecutor General's Office (PGO), have arrested the property of Ukraine's fugitive oligarch Serhiy Kurchenko, the PGO press service has reported.

The Security Service of Ukraine (SBU) has recorded a new targeted attack on the information and telecommunication systems of Ukrainian government bodies, the SBU's press center has said.

Dutch Professor of International Criminal Law Geert-Jan Alexander Knoops considers vague from a legal point of view the reasons for expulsion, rather than arrest of four Russian intelligence officers for plotting a cyberattack in The Hague.