"Visited St. Michael's Golden-Domed Monastery with Boris Johnson. Walked through St. Michael's Square. Visited an exhibition of destroyed military equipment of Russian invaders. My friend, thank you for this day! Let's continue to fight for freedom for Ukraine," he wrote.

According to the presidential press service, Zelensky and Johnson honored the memory of the fallen Ukrainian heroes by laying flowers at the Wall of Remembrance near St. Michael's Golden-Domed Monastery.

The two countries' leaders also put candles near the iconostasis. Johnson inquired about the history of the monastery and its interior decoration. The clergy, in turn, presented a Pochaiv Icon of the Mother of God to the British prime minister.

"I want to thank you for your service, for protecting us, our state. Take care of yourself!" Zelensky said. 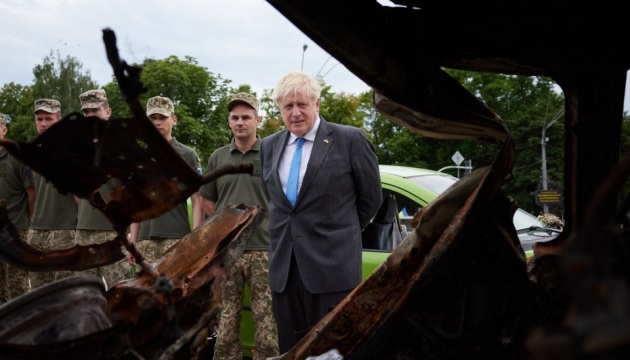 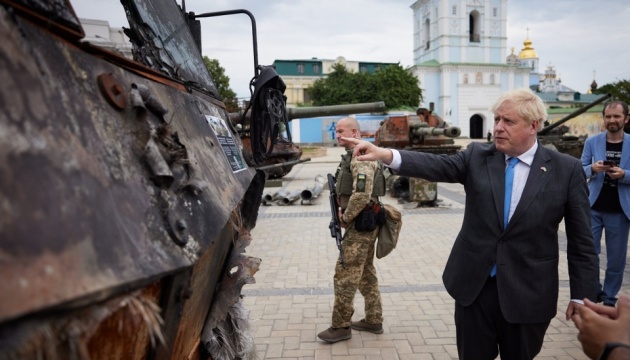 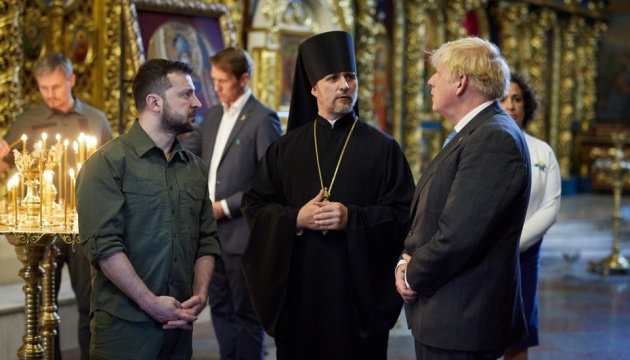 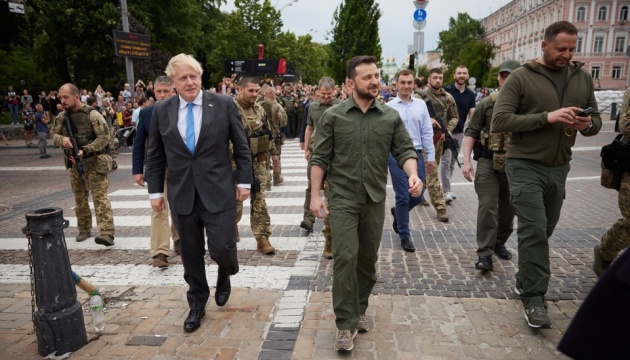 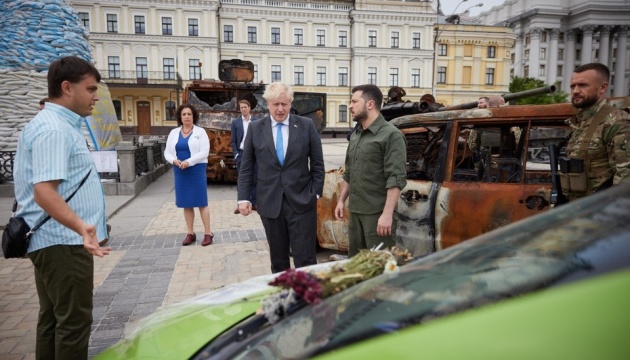 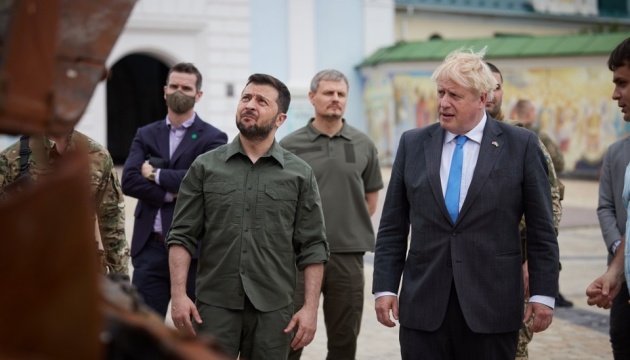 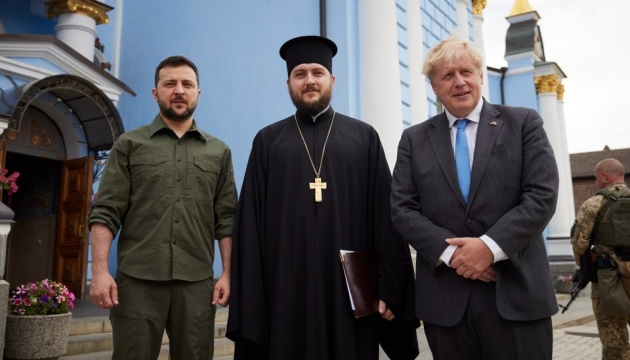 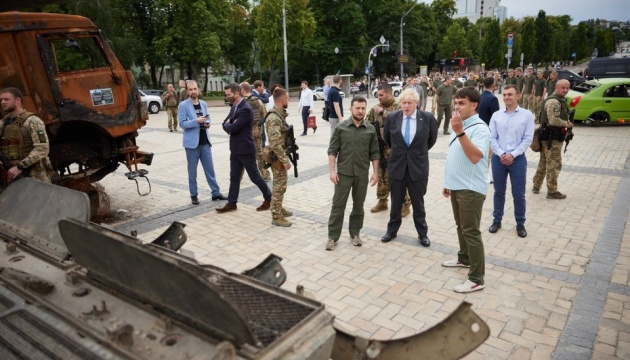 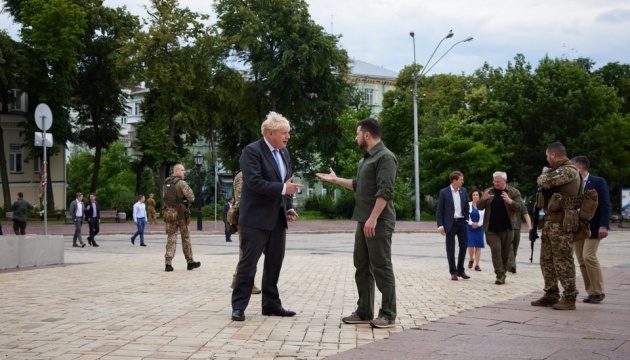 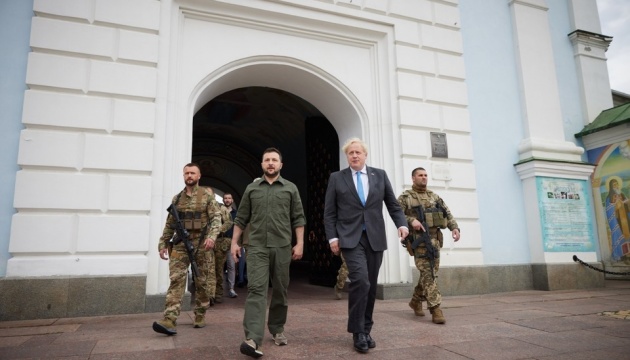 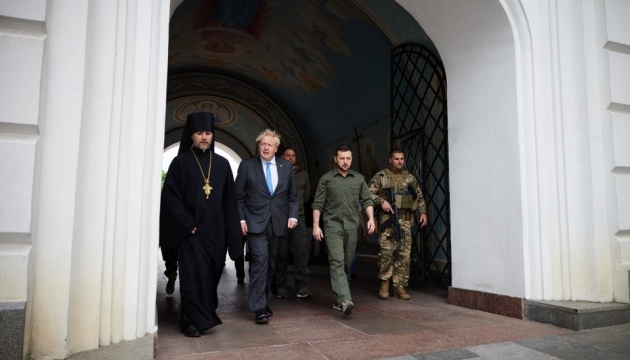 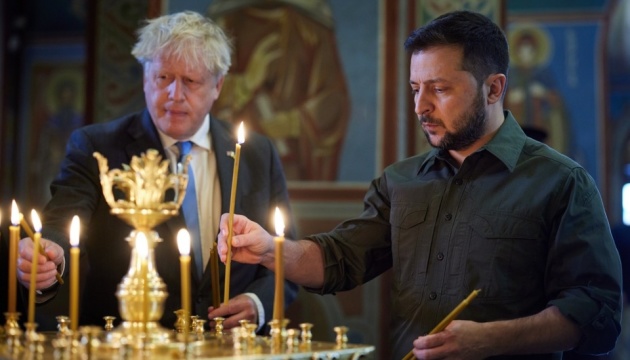 The leaders also greeted the residents of Kyiv near St. Michael's Square.

On June 17, Johnson arrived in Kyiv for the second time since the start of Russia's all-out invasion of Ukraine.