The Permanent Delegation of the Verkhovna Rada of Ukraine to the Parliamentary Assembly of the Council of Europe (PACE) has decided to suspend work in the PACE summer session.

Chairperson of the Ukrainian delegation to PACE Volodymyr Ariev announced this on his Facebook page on Tuesday. 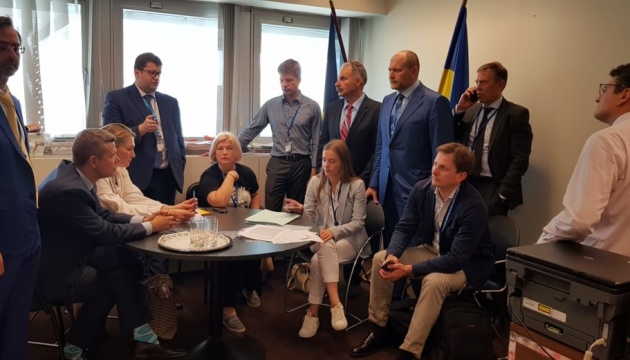 On the night from June 24 to June 25, PACE adopted a resolution that ensures the unconditional return of Russia to the Assembly without fulfilling international obligations.

On Tuesday, the Russian MPs attend the PACE session. The procedure for appealing their powers has begun.

As reported, Russia in June 2017 resorted to financial blackmail of the Council of Europe, explaining that sanctions were imposed on its delegation in PACE. At the same time, sanctions against the Russian Federation in the Assembly have not been in effect since January 2015. Russia speculated on this issue and did not nominate its delegates to the session.