A symbolic "referendum" on the transfer of the Russian embassy to Poland’s ownership was held in Warsaw on Saturday.

The action was attended by several thousand Ukrainians, Poles, and representatives of other nationalities, who came to the event flying Ukrainian and Polish flags and posters against Russian aggression, an Ukrinform correspondent reports.

A ballot box was set up outside the Russian embassy, ​​and the "election commission" issued "ballots" on a desk set up nearby.

The "ballot" contained the question: "Do you support the annexation of the building and the adjacent territory of the Embassy of the Russian Federation at Belvederska 49 and their transfer to the Polish authorities for the establishment of a permanent center of Polish-Ukrainian cooperation there?"

The "referendum" was attended by "international observers", including from Italy and the Czech Republic. The participants of the action came to the "referendum" carrying custom-made posters. They said "Russia is a terrorist state", "If God exists, then He wears the uniform of the Armed Forces of Ukraine," "The UN is not a place for terrorists," and many others.

Summing up the "referendum", its organizers later sarcastically noted that the turnout at the elections stood at 127%. At the same time, "8 ,640,000 votes were counted, which is 189% of the total number."

"In this regard, in accordance with the current laws, the Polish state receives the right to return the property of the former embassy of the Russian Federation in Poland," emphasized one of the "commission members."

The organizers of the action jokingly noted that more people came to today's "referendum" than to all the Russian pseudo-referenda held in the occupied territories of Ukraine.

During the campaign, signatures were collected for an appeal to the president, prime minister, and head of the Ministry of Foreign Affairs of Poland to recognize Russian Ambassador to Poland Sergei Andreyev as persona non grata.

The co-organizer of the action, leader of the Warsaw Euromaidan Natalka Panchenko, in a comment to the agency, emphasized that the action is designed to draw attention to two key things that activists have been talking about since February 24.

"We want the Polish authorities and EU authorities to officially recognize Russia as a terrorist state, and for their ambassador and all diplomatic staff to be expelled from the territory of Poland," Panchenko emphasized.

She emphasized that in the current circumstances they have nothing to represent in Poland and nothing to talk about here with the civilized world.

The Euromaidan-Warsaw leader noted that the organizers knew that people would come to this "public referendum", but no one expected that the line to "vote" would stretch for hundreds of meters and that the event would last several hours.

Ukrainian activist Volodymyr Netrebenko, who walked for six days from Wroclaw to attend rally, spoke before the participants. He brought a huge Polish-Ukrainian flag, sewn in Ukraine. 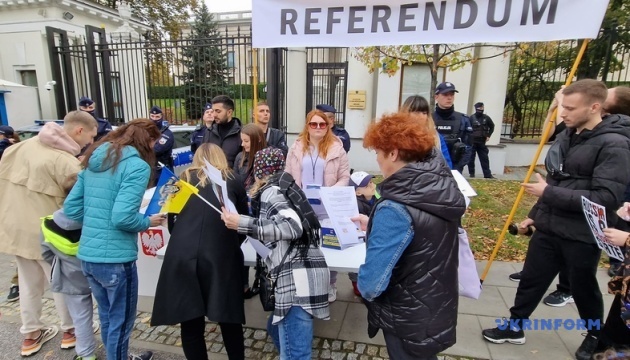 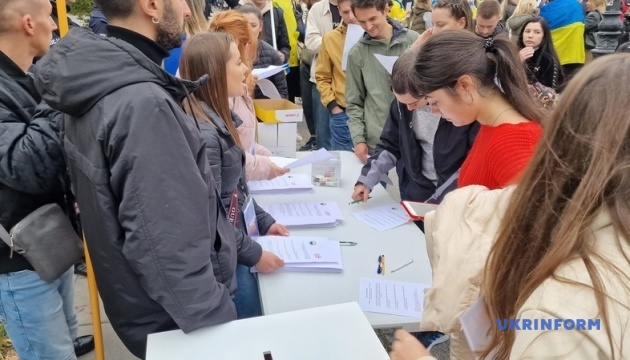 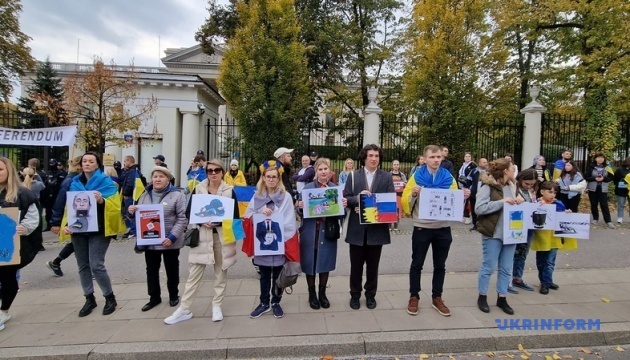 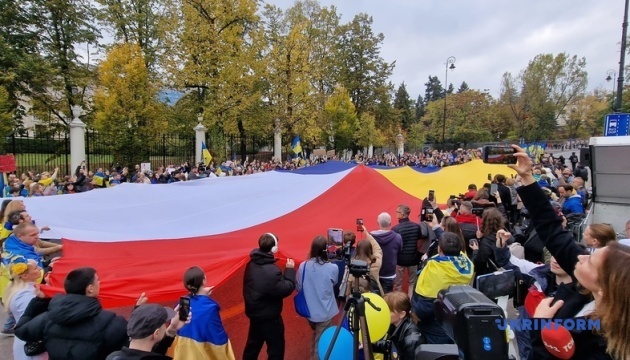 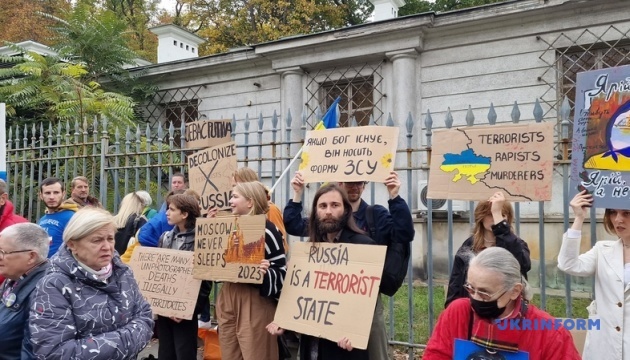 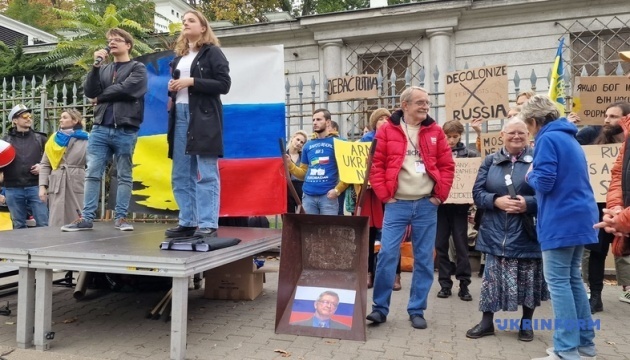 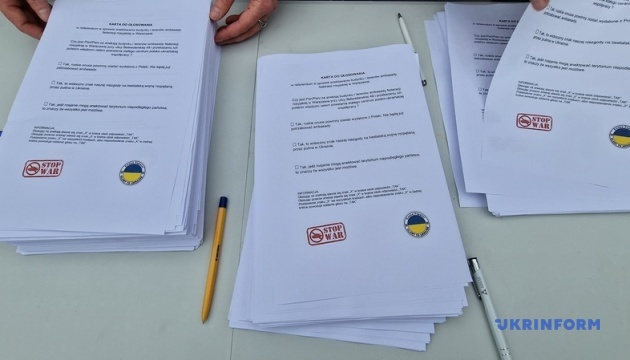 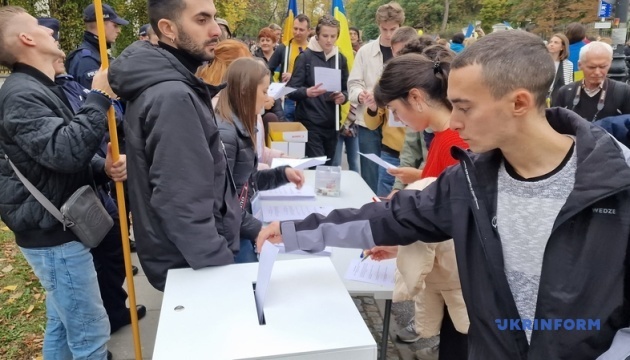 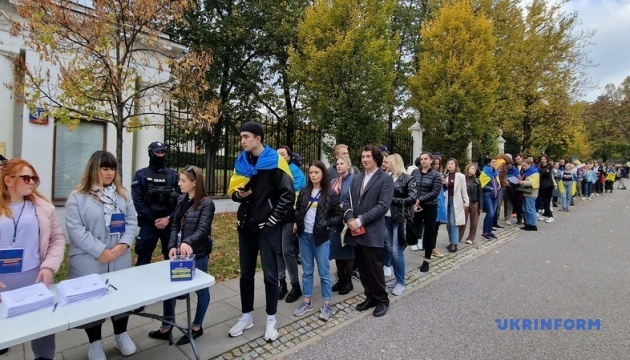 In a comment to Ukrinform, Netrebenko emphasized that the purpose of his effort is to remind Europe that the war is not over, and to thank the Polish people for their support. He noted that he had brought the largest Ukrainian-Polish flag from Ukraine so that everyone who wanted to sign it and then it could be put up for auction.

"We want to use the funds obtained to purchase demining kits for the de-occupied territories of Ukraine – Kharkiv, Chernihiv, and Kyiv regions, and the south of our country, because this is a problem of huge proportions and it would take more than a day to address," the public activist emphasized.

Netrebenko noted that the current action is very important in order to show the farce of all Russian pseudo-referenda. He noted: "If Russia decided that with these illegitimate pieces of paper it can take the territories of Ukraine, then in the same way it is possible to take the embassy from the Russians and hand it, say, to Ukraine."