The right and the left bank of the Dnieper have been symbolically connected with a 430-meter Ukrainian flag in the city of Kyiv.

Both local residents and the internally displaced persons who came from Mariupol, Kherson and other Ukrainian cities participated in the ‘Ukraine United’ artistic rally, an Ukrinform correspondent reports.

Together they unfolded the National Flag of Ukraine from the right bank of the Dnieper via the Parkovyi Bridge to Trukhaniv Island. 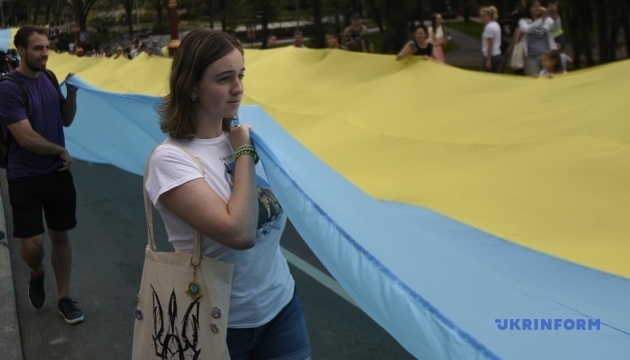 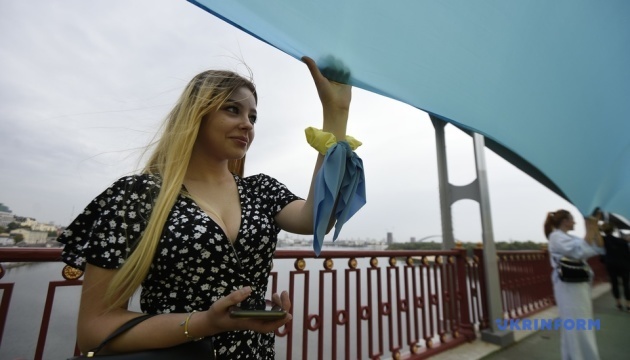 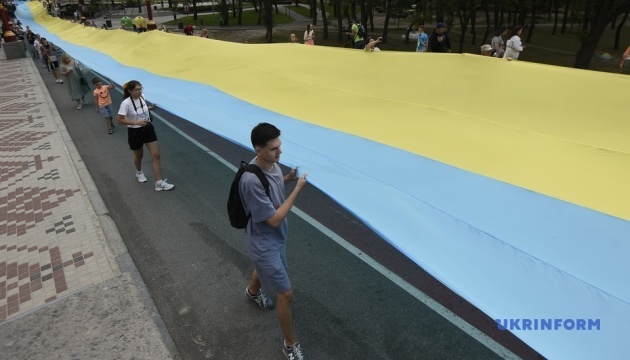 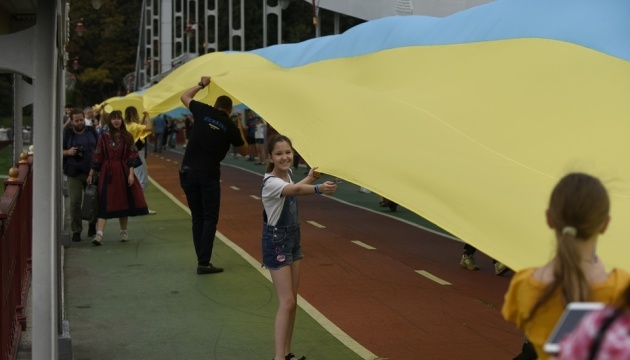 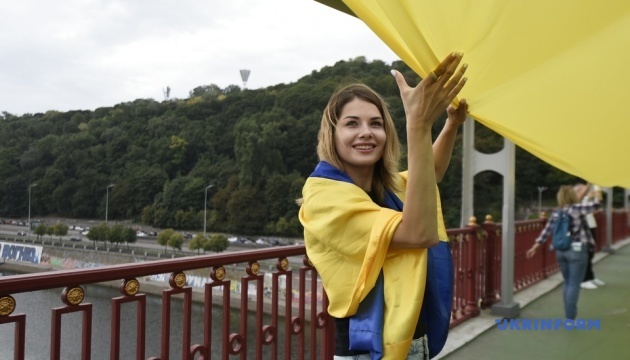 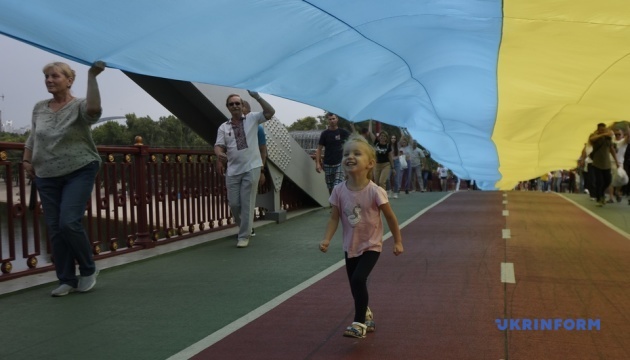 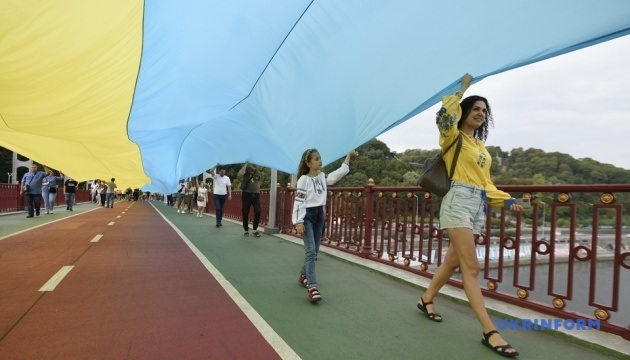 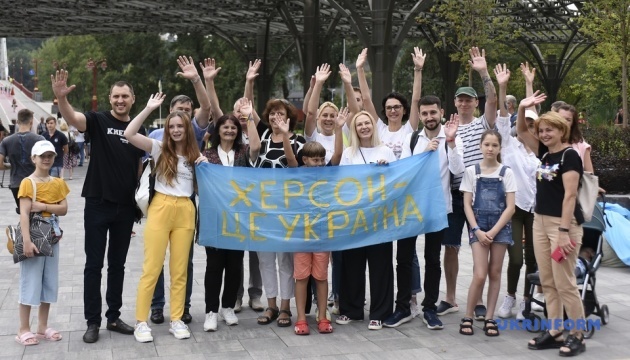 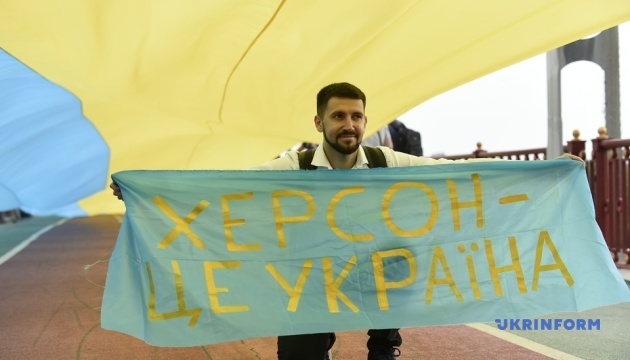 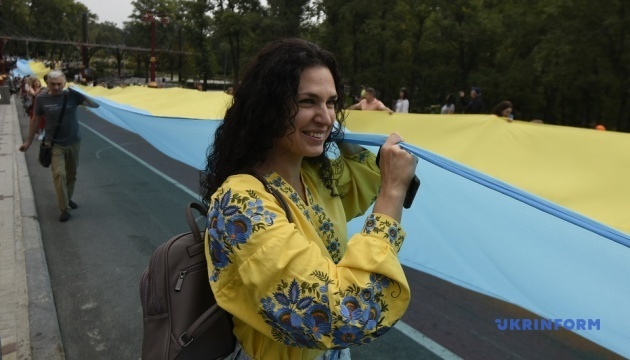 According to Knyha, this rally is intended to unite people and show support for those remaining under Russian occupation.

“This way we want to send a message to people in Kherson, Mariupol, Melitopol and other settlements that we have not forgotten them. Sooner or later, they will be liberated. Here, in the rear, each in their own place, we are making every effort for this purpose,” Knyha noted.

The ‘Ukraine United’ artistic rally was held at the initiative of the Ukrainian Culture and Information Policy Ministry, Kherson Regional Academic Music and Drama Theater named after Mykola Kulish and the general public.