Ukrainian President Volodymyr Zelensky has paid tribute to President of the Ukrainian People's Republic Mykhailo Hrushevsky and laid flowers at the monument to him in Kyiv.

Verkhovna Rada Chairman Dmytro Razumkov, Prime Minister Denys Shmyhal and Head of the President's Office Andriy Yermak also took part in the flower-laying ceremony on the occasion of the Day of Unity of Ukraine, according to the presidential press service.

"Volodymyr Zelensky laid a bouquet of flowers at the foot of the monument to a prominent statesman. A basket of flowers was also left near the memorial," the President's Office said. 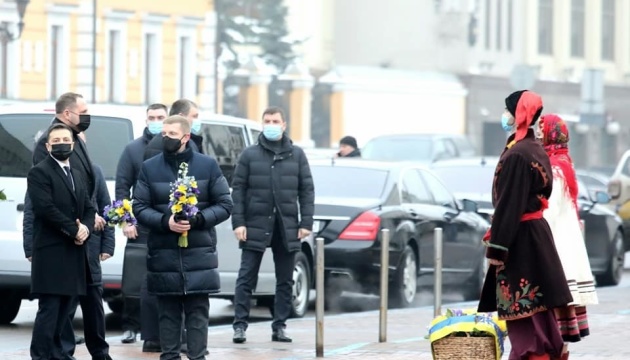 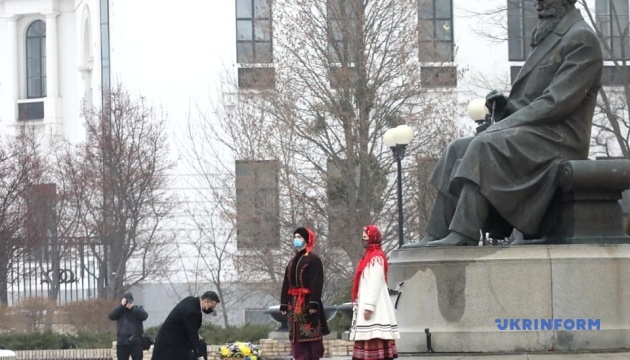 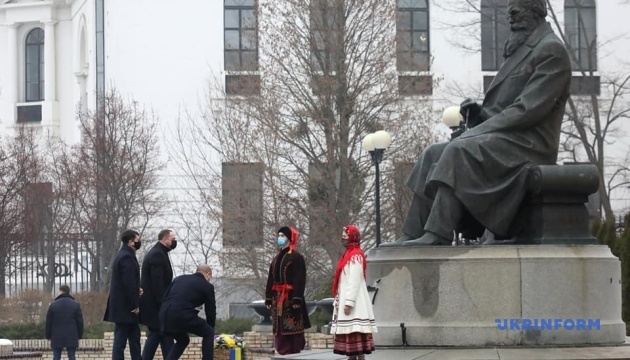 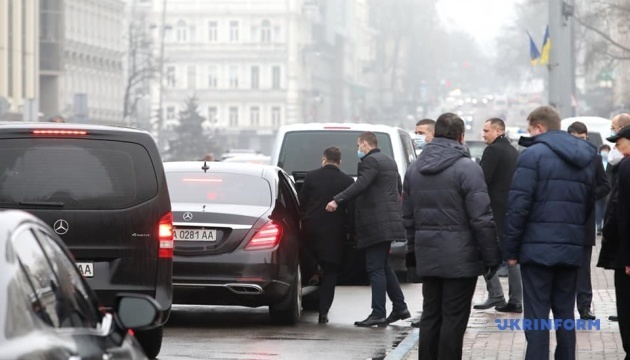 In addition, the President's Office noted that in connection with the anniversary of the tragic death of activists of the Revolution of Dignity Serhiy Nigoyan and Mikhail Zhiznevsky, the president laid flowers at the sites of the death of the Heroes of Ukraine on Hrushevskoho Street in Kyiv. 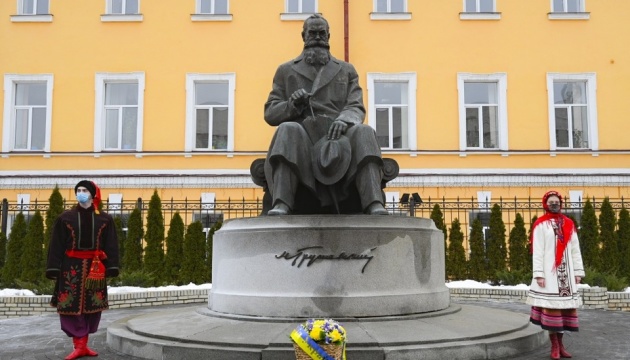 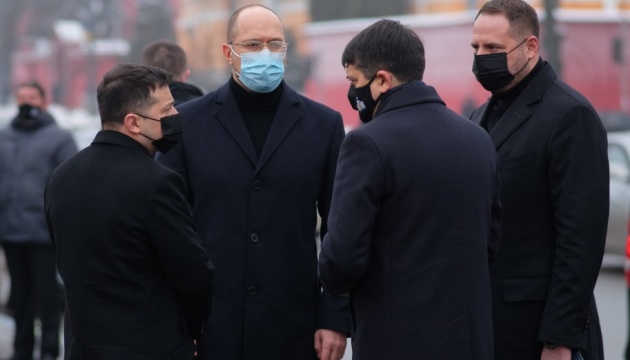 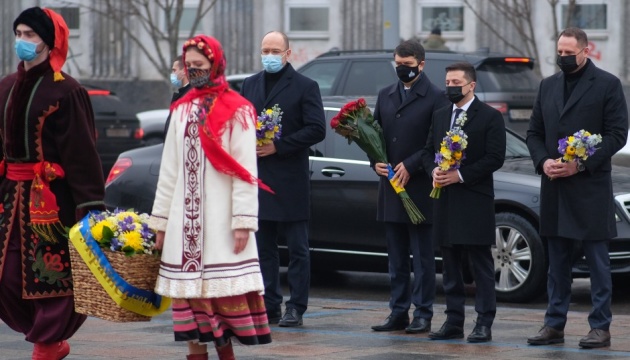 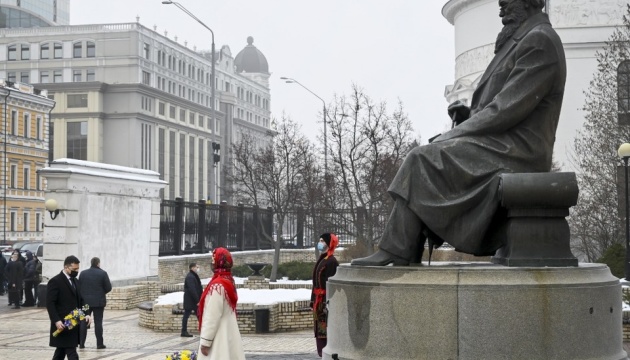 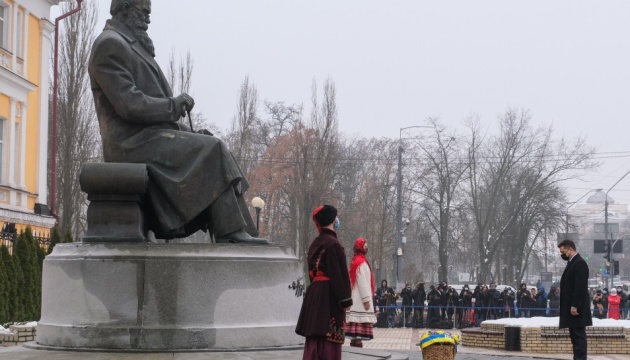 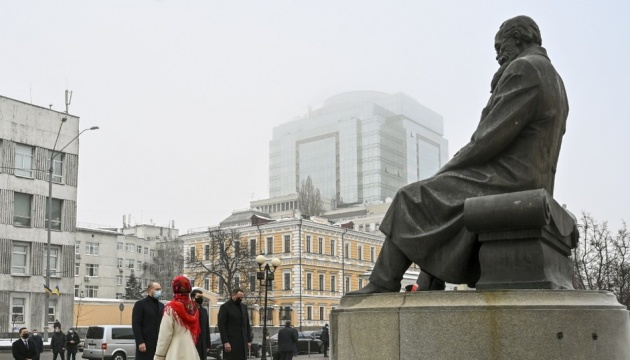 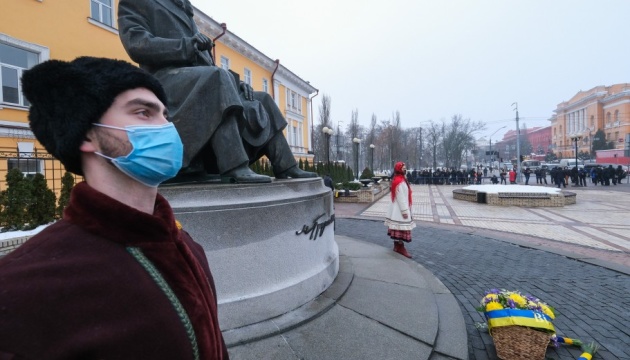 On the Alley of Heroes of the Heavenly Hundred, a basket of flowers was put on behalf of the head of state to the memorial cross at the site of the death of the Revolution of Dignity activists.