Prime Minister of Ukraine Denys Shmyhal met with President of Poland Andrzej Duda and offered to expand the Lublin Triangle format by holding meetings of the prime ministers of Ukraine, Poland, and Lithuania.

As the Government portal reports, Shmyhal underscored the importance of the newly created format and suggested expanding it.

"I propose to consider the possibility of holding meetings of the prime ministers of Ukraine, Poland, and Lithuania. We have started to develop and strengthen the Lublin Triangle as a new format for trilateral cooperation," he said.

During the meeting, Denys Shmyhal also thanked Andrzej Duda for Poland’s support in the process of involving Ukraine in the Three Seas Initiative project. "We are really interested in finding a formula and joining this cooperation initiative. This is one of the most important international priorities for us," the Head of Government said. 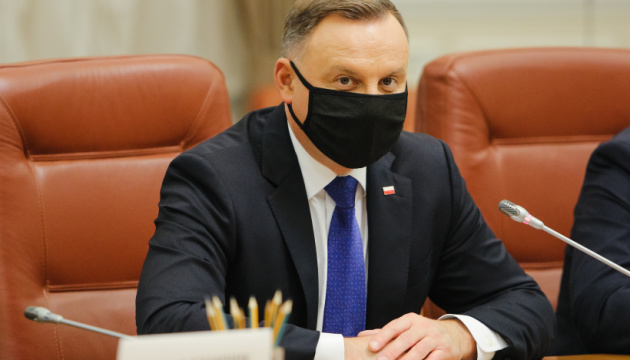 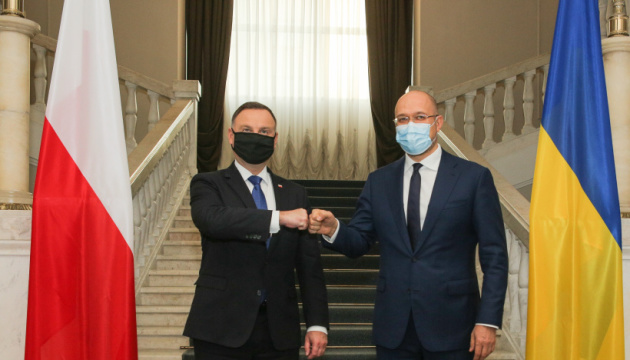 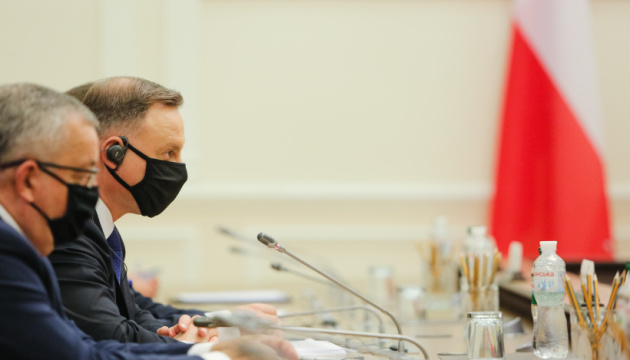 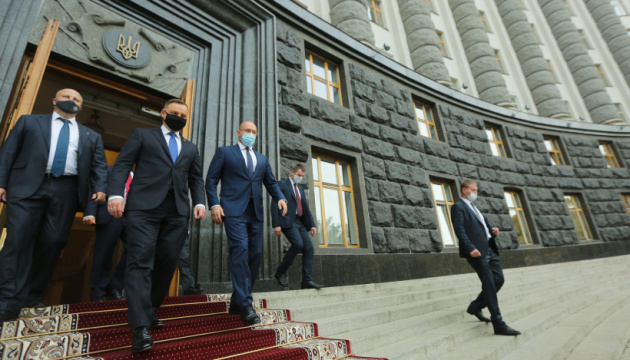 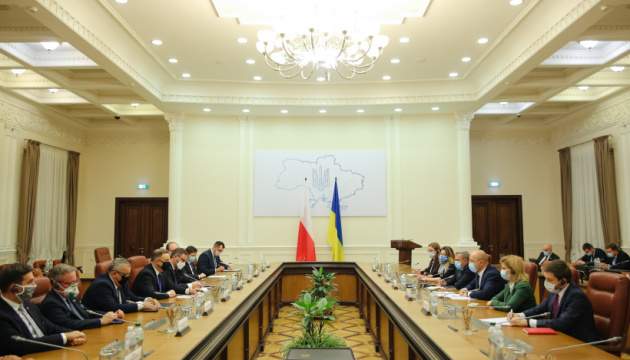 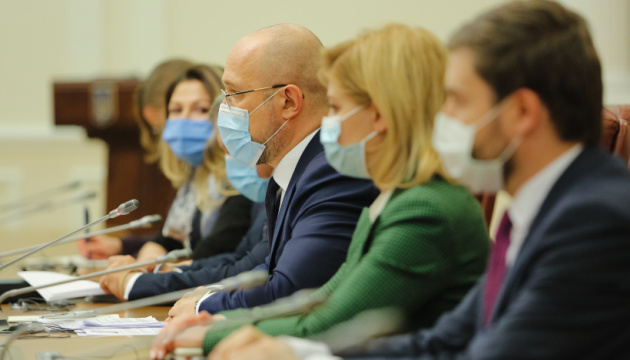 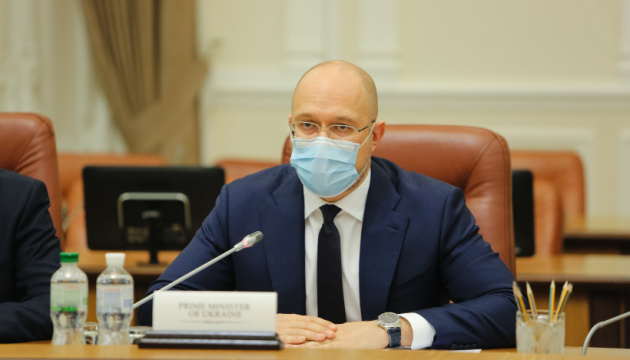 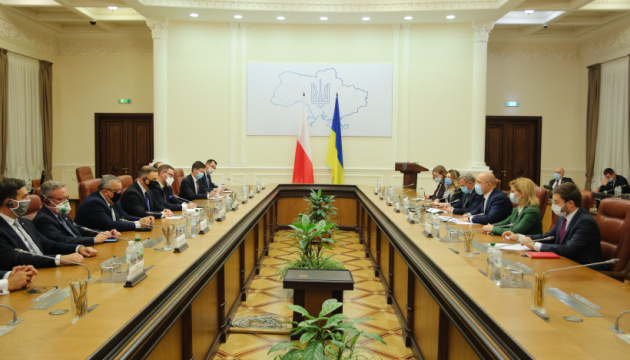 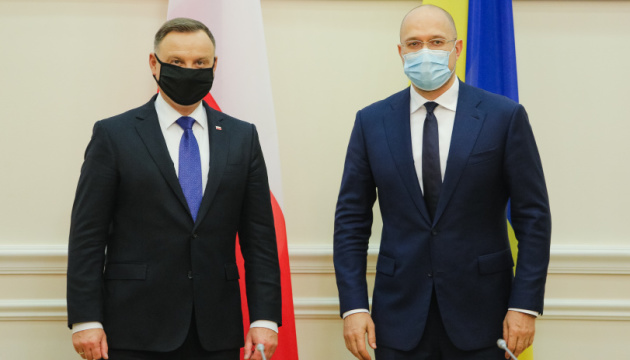 Moreover, the Prime Minister of Ukraine and the President of the Republic of Poland tackled the issues of transport infrastructure, in particular, the implementation of the Via Carpathia project, which will give impetus to the development of the western regions of Ukraine.

Denys Shmyhal noted that one of the Government's priorities for the coming years is the construction of concession roads. "The implementation of the President's Great Construction project sees an active stage in Ukraine. And concession highways are the next step of the program. I assure that from next year we will be able to jointly implement the first such project – to extend the A4 highway to the territory of Ukraine," Shmyhal stressed.

According to the Head of Government, in this regard it is crucial to develop a common transit potential, namely to increase the quota for Ukrainian carriers. Denys Shmyhal noted that Ukraine-Poland Intergovernmental Commission could become a necessary platform for working out these issues and developing joint potential.

While discussing the energy sector partnership, the Prime Minister stressed that Ukraine’s gas transit system is an integral part of the European Union’s energy security and that Ukraine is committed to further use this tool to ensure EU security in the context of Nord Stream 2 pipeline construction project.

Besides, Denys Shmyhal expressed hope that Ukraine and Poland would prolong fruitful cooperation at customs. According to the Head of Government, the checkpoints where joint control is carried out operate successfully.

The Prime Minister of Ukraine thanked the President of the Republic of Poland for supporting the territorial integrity and sovereignty of Ukraine within its internationally recognized borders, as well as for its unchanging position regarding the imposition of the EU sanctions on the Russian Federation.

Denys Shmyhal emphasized that Ukraine highly appreciates Poland's active participation in strengthening the military potential of our country and in supporting Ukraine's course towards integration with the European Union and NATO.

For his part, Andrzej Duda stressed that Poland remains a reliable partner of Ukraine and will continue supporting its European integration and Euro-Atlantic aspirations.