Ukraine has chosen a European Green Deal strategy and has all the necessary tools to implement it, Prime Minister Denys Shmyhal has said.

He stated this during a video conference with representatives of the Federal Ministry for Economic Affairs and Energy of Germany on February 5, the Government portal reported.

Shmyhal stressed that Germany’s experience in the successful closure of mines and the transformation of coal regions is particularly important for Ukraine, and welcomed a new energy partnership launched last August. 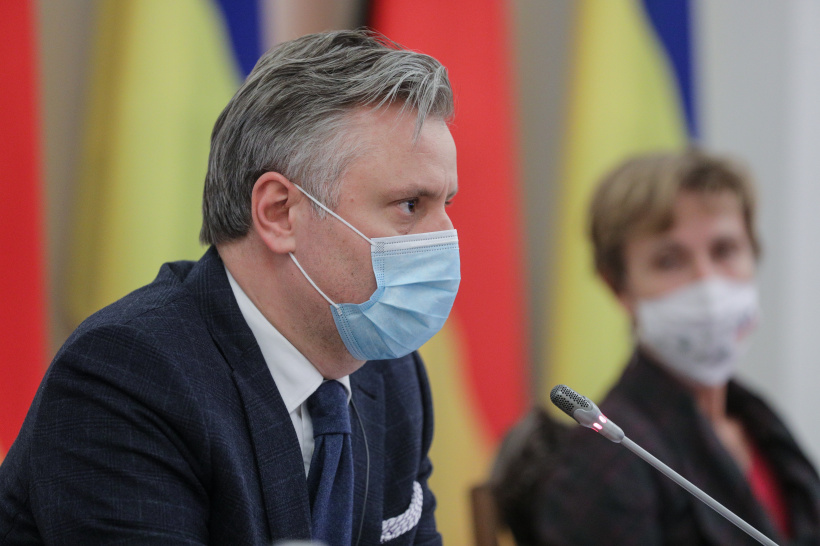 "We are prepared for the challenges facing Ukraine in the context of a green transition, the decarbonization of the economy and the need to reform the coal sector and transform coal mining regions," Shmyhal stressed.

The PM informed the German partners that the gradual abandonment of the use of coal envisages the development of the concept and the state program for the transformation of coal regions. According to him, such a program is currently being elaborated for the period up to 2030.

Shmyhal noted that there are 61 coal regions in Ukraine. These are monocities that are tied to one enterprise, coal mine or station. "All these regions have the old infrastructure of the 60s and 80s of the last century. Depletion, mine closures and the gradual strategic closure of the coal mining industry, in general, will create social tensions in the future. We must take a number of strategic steps to provide social security for the people in these regions," he said.

The head of government noted that in this context, the experience and support of Germany and the European Union are crucial to Ukraine. In this regard, Shmyhal welcomed the establishment of the Partnership Secretariat and emphasized that Ukraine’s government stands ready to cooperate with the Project Office for the Transformation of Coal Regions with the support of GIZ for the development and implementation of pilot projects.

The PM stressed that Ukraine had chosen the European Green Deal as its strategy. "We have all the essential government programs, as well as a national plan to reduce emissions from large combustion plants," he summed up.

German Federal Government Commissioner for Structural Change in the Ukrainian Coal-Mining Regions Stanislaw Tillich noted that Germany expresses readiness to accompany the process of transformation of coal regions within the framework of the energy partnership with Ukraine.

For his part, State Secretary for Energy of the Federal Ministry of Economic Affairs and Energy of Germany Andreas Feicht added during the meeting that Germany also seeks to deepen the partnership with Ukraine in the field of hydrogen energy.