The Armed Forces of Ukraine solve four groups of tasks, including defense against Russian aggression, not only of Ukraine, but also the entire Europe; army reform; introduction of new system of training personnel and equipping the army with modernized weapons and military equipment.

“Today… the Ukrainian Armed Forces, defending Ukraine, its sovereignty and independence, also defend entire Europe. The Ukrainian army is an outpost of security of the Euro-Atlantic space,” Chief of the General Staff Viktor Muzhenko said during a meeting with representatives of the military-diplomatic corps accredited in Ukraine, an Ukrinform correspondent reports.

As he noted, the Ukrainian defenders continue to restrain direct Russian aggression in Donetsk and Luhansk regions, the basins of the Sea of Azov and the Black Sea.

Reporting on the introduction of the new system of training of personnel, Muzhenko informed that professional training centers for snipers, tankers, antitankers, sappers had been opened. 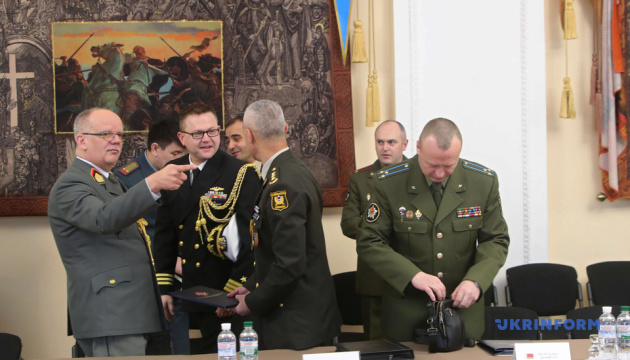 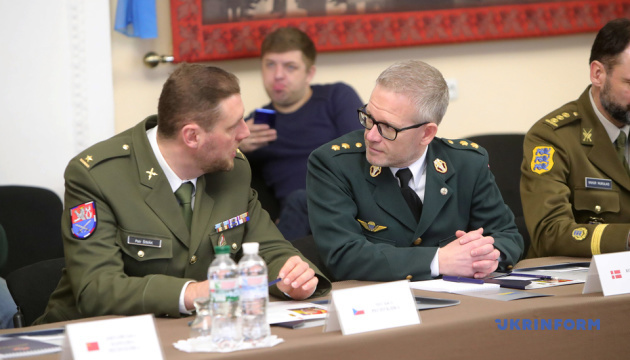 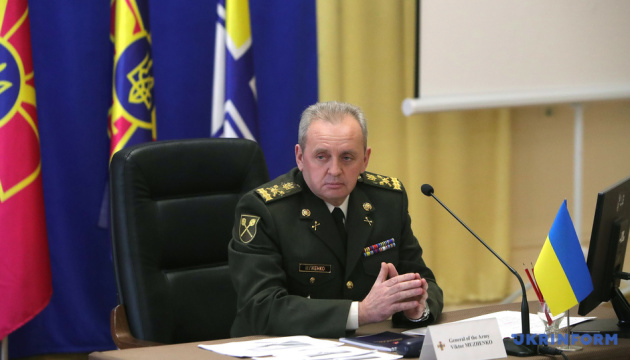 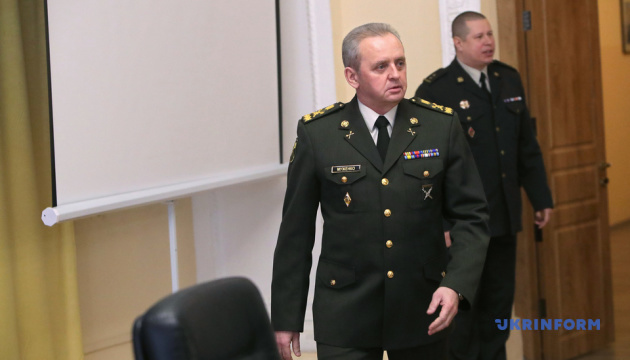 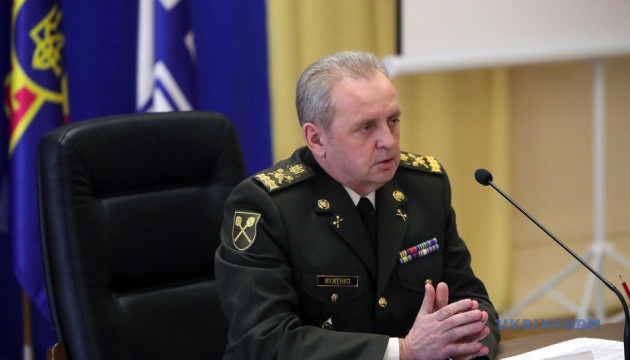 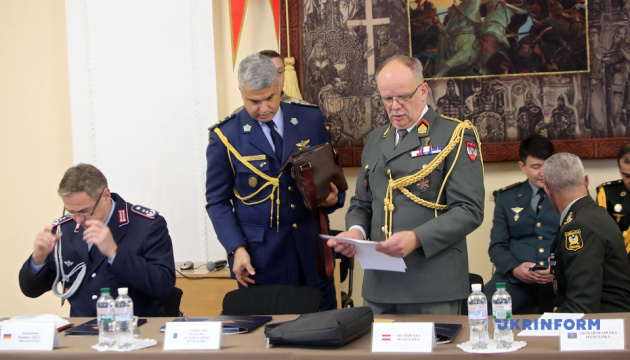 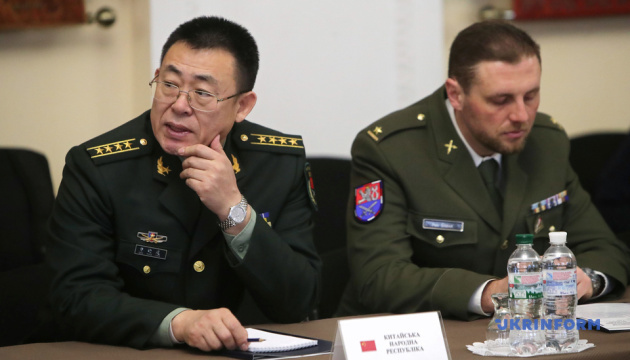 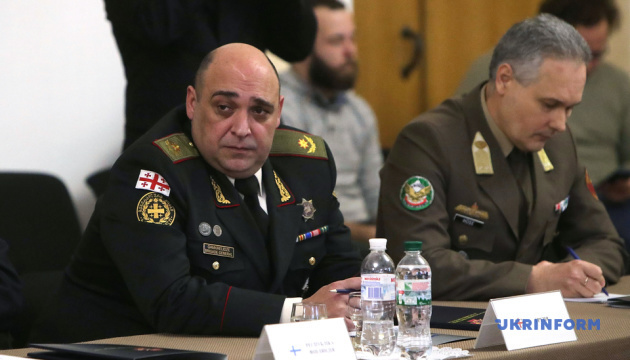 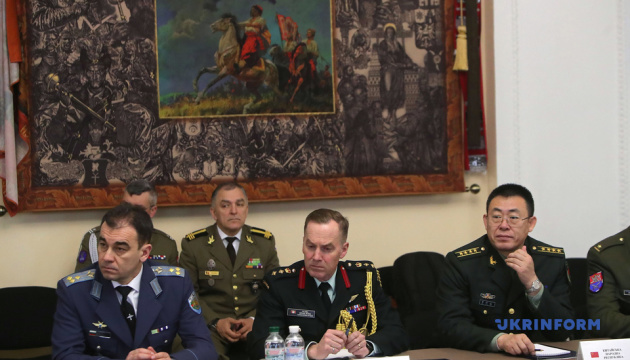 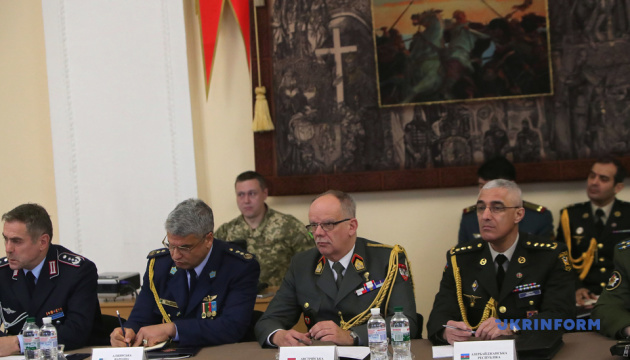 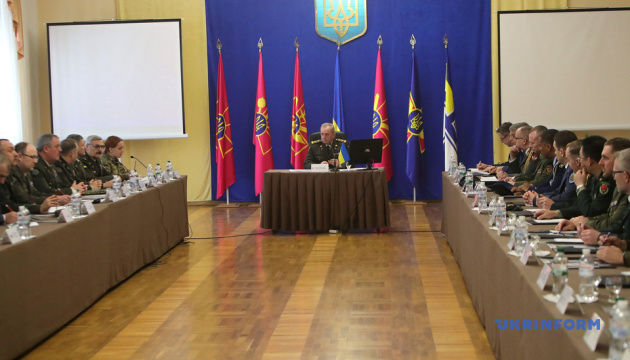 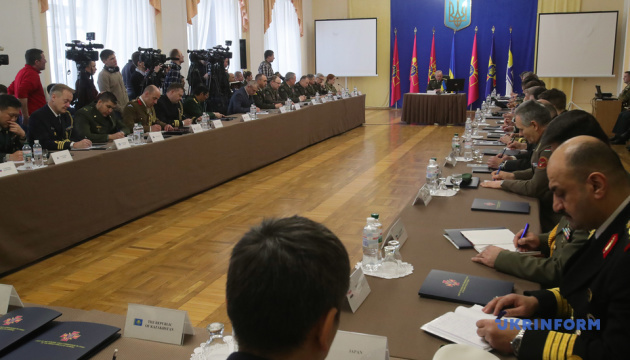 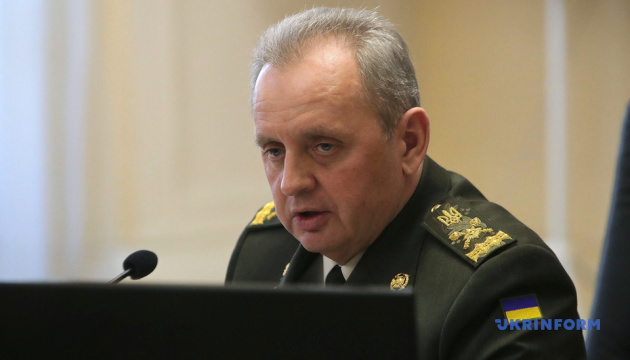 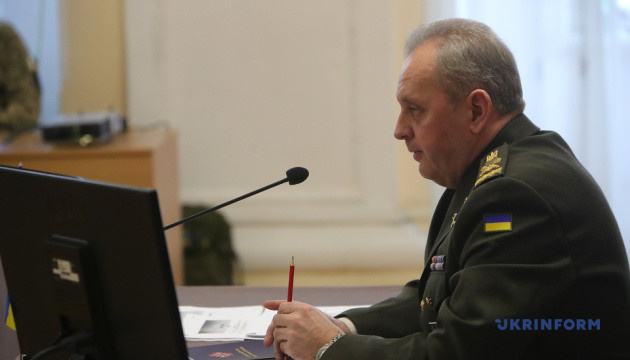 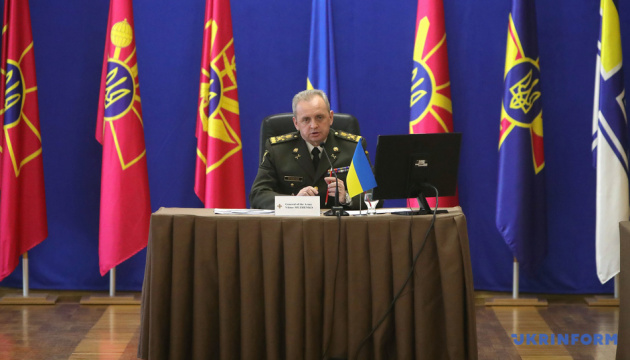 The Chief of the General Staff also outlined the plans to increase the number of units of new equipment in the army.

During the closed part of the meeting with the military attaches of foreign countries, Muzhenko will consider two issues: the current state and further reform of the Armed Forces of Ukraine and the general assessment of the security situation, including the current developments in Donbas, in the JFO area in eastern Ukraine, and around Ukraine.

More than 60 officers representing 39 foreign countries, as well as the NATO Liaison Office Ukraine, take part in the event.