An exhibition of drawings by Ukrainian journalist Roman Sushchenko has opened at the Cultural and Information Center of the Ukrainian Embassy in Moldova.

The exhibition was opened by Ukraine's Ambassador to Moldova Ivan Hnatyshyn, according to an Ukrinform correspondent.

"Five years ago, the people of Ukraine changed the course of history. The most tragic events took place on February 18-20 during the Revolution of Dignity, and Russia's occupation of the Ukrainian Crimea began at the same time. The war, which took the lives of more than 13,000 people, has been ongoing for five years already. About 1.5 million people have become internally displaced persons, and more than 70 Ukrainian citizens are illegally held in Crimea and Russia. One of the captives of the Kremlin is Ukrainian journalist Roman Sushchenko who was sentenced to 12 years in prison," the diplomat said.

At the same time, he stressed that speaking about Roman Sushchenko, it is also necessary to talk about the need to release all Ukrainian political prisoners and prisoners of war illegally held in Russia.

Ukrinform's correspondent in Moldova Zinayida Hurska familiarized those present at the exhibition with the chronology of events surrounding the arrest of Roman Sushchenko and his conviction by the Moscow City Court, noting that the history of her colleague is characteristic of other captives of the Kremlin. 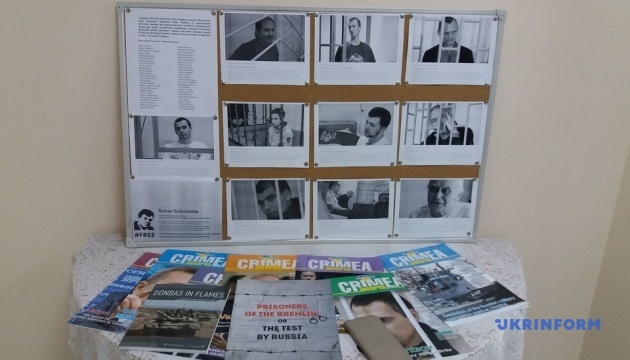 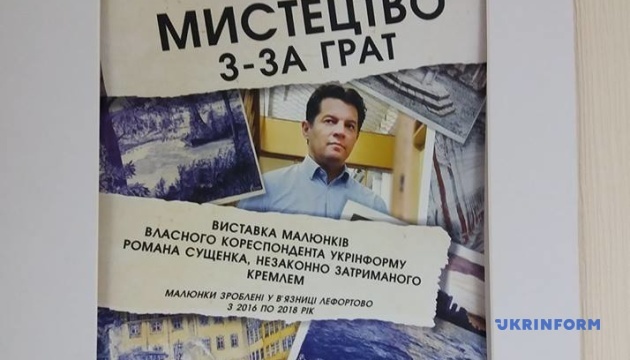 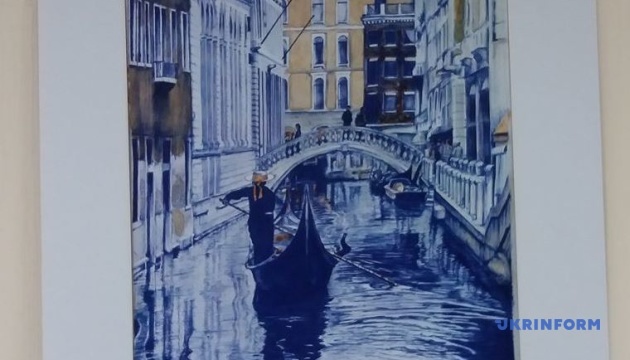 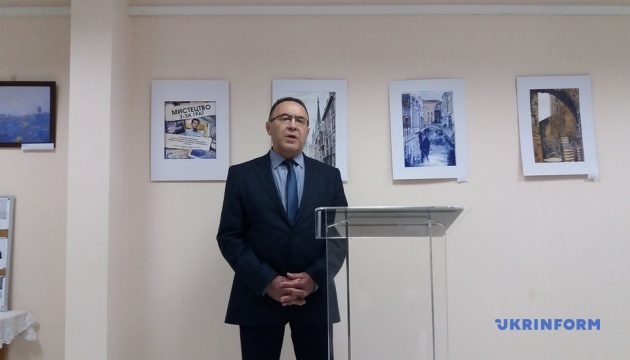 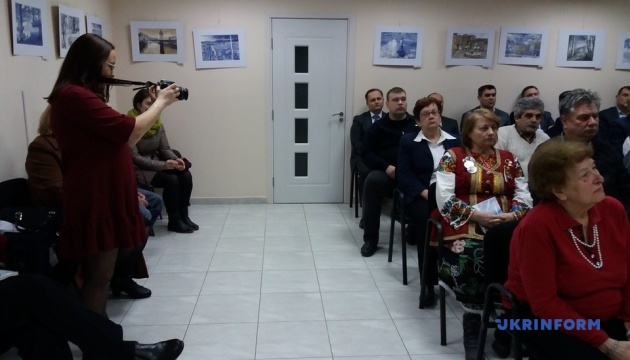 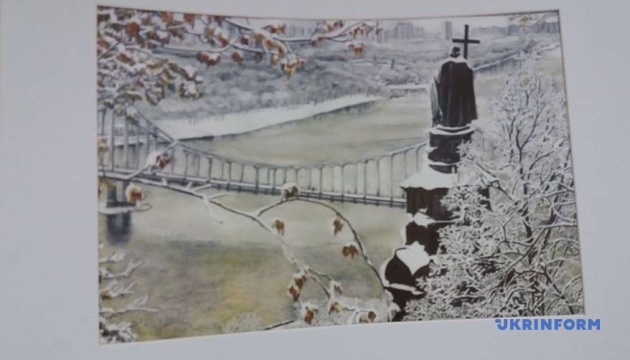 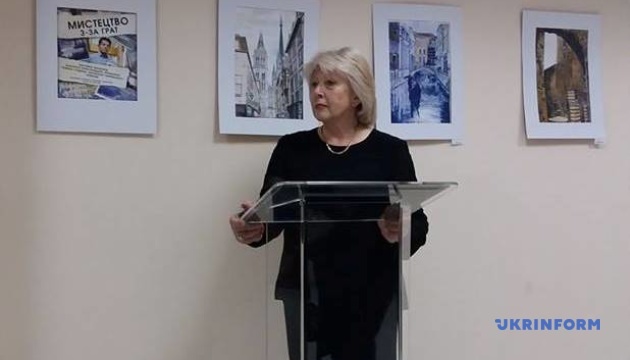 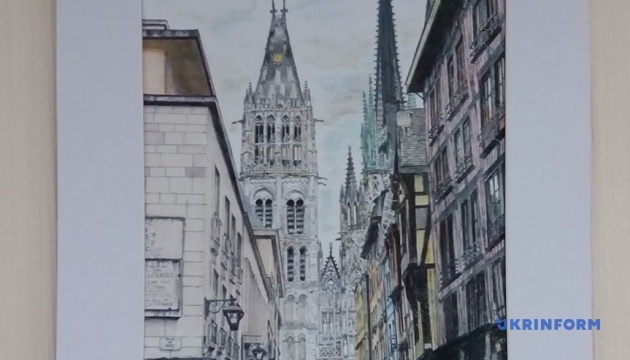 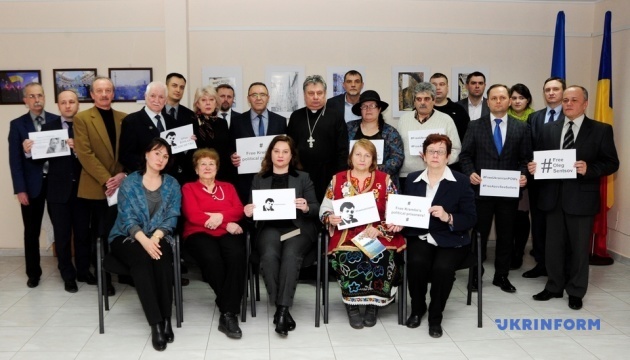 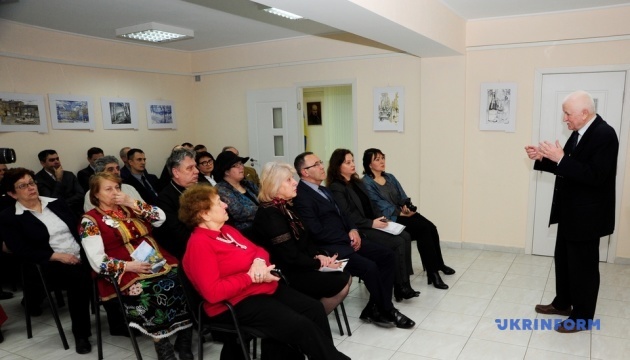 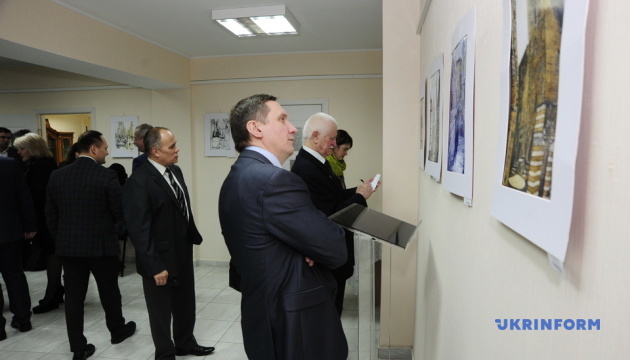 "We know Roman as a highly professional journalist and publicist but the photocopies of the drawings that you see today reveal him to us as a talented artist who kept courage and faith behind the bars. Roman did not have an opportunity to use an easel and a range of professional paints. He drew using a simple ballpoint pen and 'freshened' his pictures with materials available in imprisonment – onion skin, beetroot juice, tea, ketchup," Hurska said.

She emphasized that the exhibition is an opportunity to express solidarity and support to Sushchenko and suggested signing an appeal to the international community of journalists and international civil society organizations demanding that he be released.

Hurska said that the exhibition of drawings by Roman Sushchenko had already been held in Kyiv, Brussels, Warsaw, and Paris and was due to be held in Bucharest and Strasbourg.

The exhibition was attended by the staff of the Ukrainian Embassy in Moldova, diplomats, representatives of the public and the media. They took part in a flash mob with the demand to free Sushchenko.

Ukrinform's Paris-based correspondent Roman Sushchenko was illegally detained on September 30, 2016 in Moscow, where he arrived on a private trip.

On October 7, 2016, he was charged with "espionage." Russia's FSB claimed that Sushchenko is a member of the Main Intelligence Directorate of the Ukrainian Defense Ministry. The latter denied this allegation.

On June 4, 2018, the Moscow City Court sentenced Sushchenko to 12 years in a high-security penal colony. The Supreme Court of Russia upheld the verdict on September 12.

On October 8, 2018, it was reported that Sushchenko had been transferred to a penal colony. On November 7, the Russian Federal Penitentiary Service (FSIN) informed Ukraine's Embassy in Moscow that Sushchenko had been transferred to Penal Colony No. 11 of the FSIN directorate for the Kirov region (the town of Kirovo-Chepetsk, the village of Utrobino).