The relatives of the Ukrainian prisoners of war (POWs), who were defending Mariupol-based Azovstal steelworks against Russian invaders, have held a rally near Lviv National Opera.

They called on the United Nations and the International Committee of the Red Cross (ICRC) to come to the correctional facility in Donetsk Region’s Olenivka and inspect the confinement conditions of Ukrainian defenders, an Ukrinform correspondent reports.

“This day a week ago, Russia committed a terrorist attack in Olenivka, where our relatives are held. They killed many heroes we had been waiting for at home. Today we have come here, because Olenivka cannot be kept silent, cannot be ignored and is simply impossible to forget. Our defenders are still remaining there. Today we have gathered to urge the United Nations, the International Committee of the Red Cross and the international community not to ignore the crimes committed by the Russian Federation and to recognize it as a terrorist state,” the organizers of the rally said. 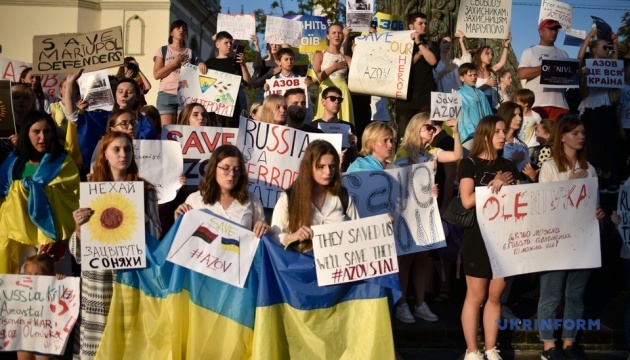 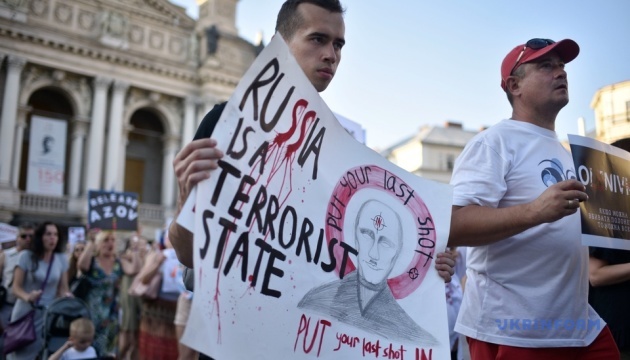 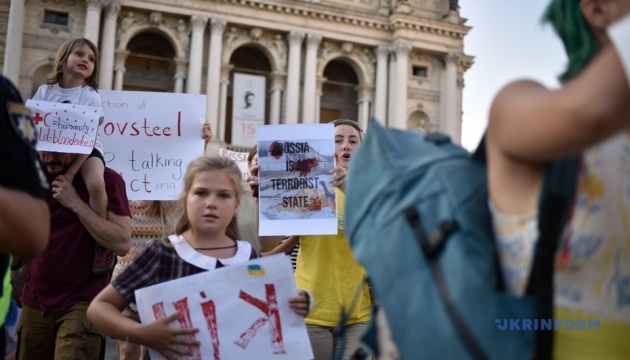 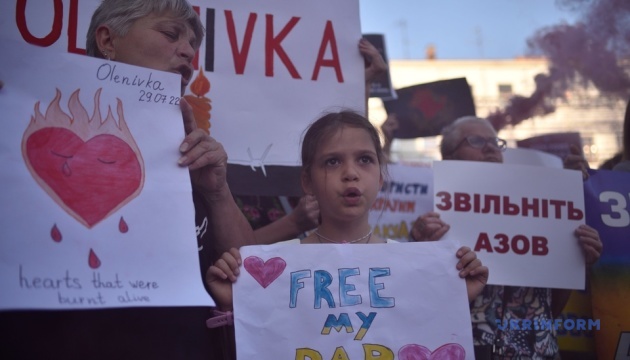 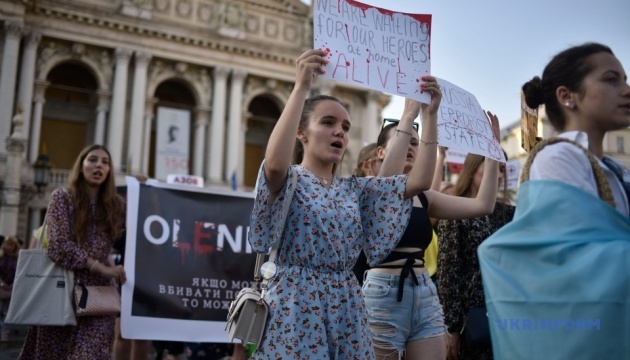 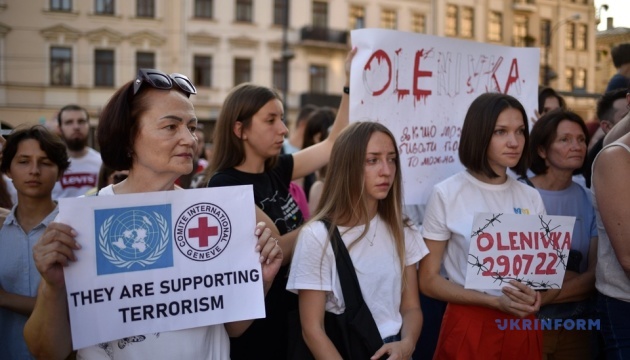 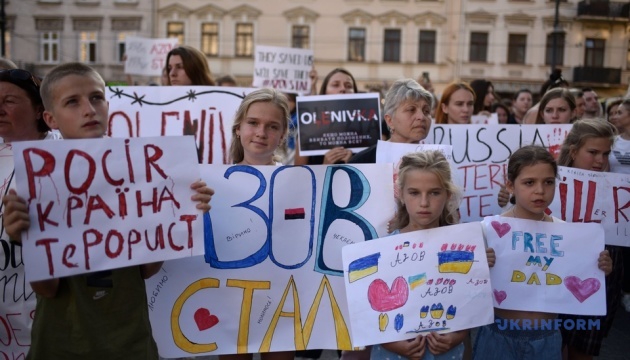 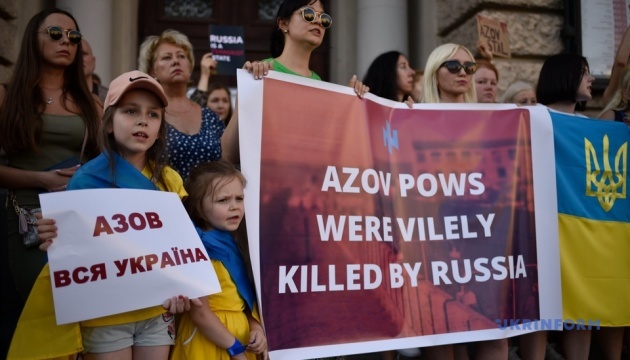 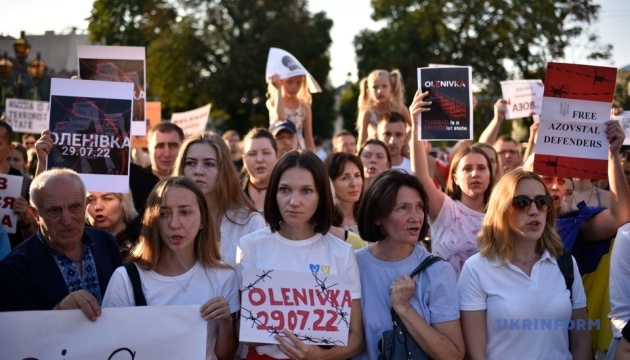 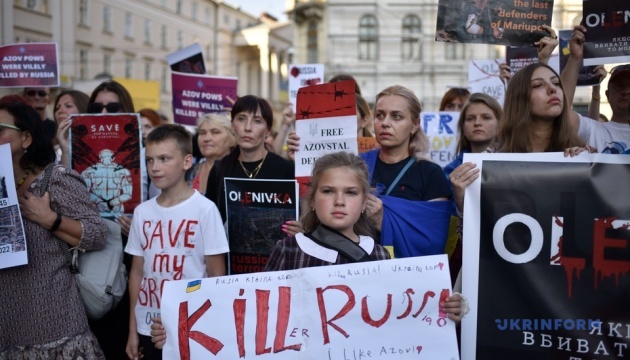 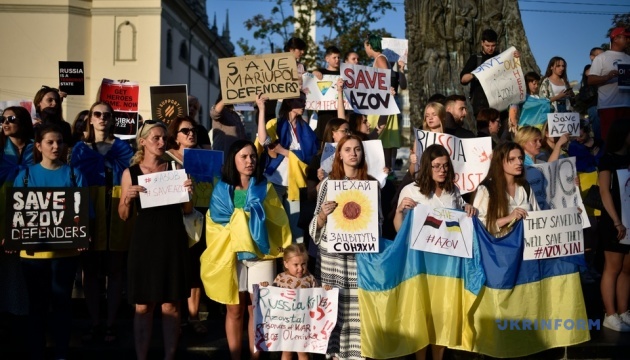 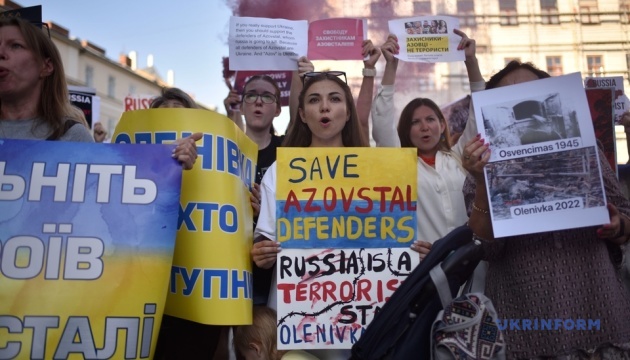 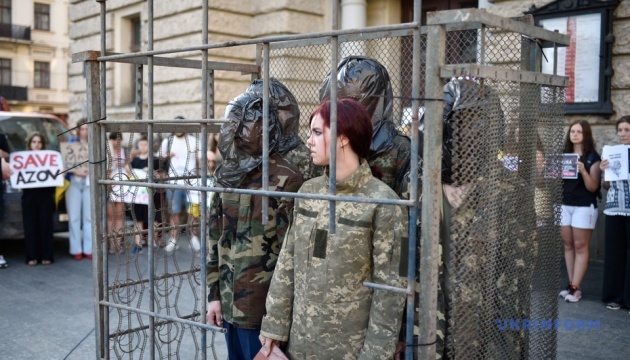 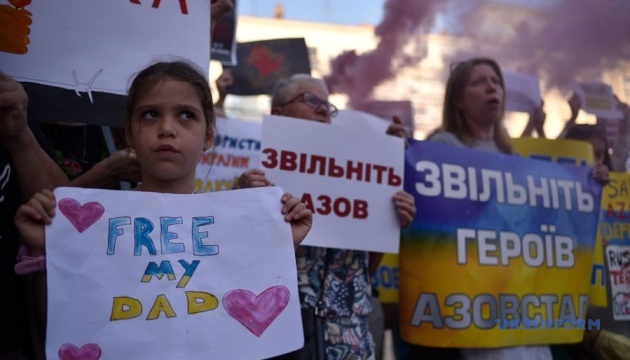 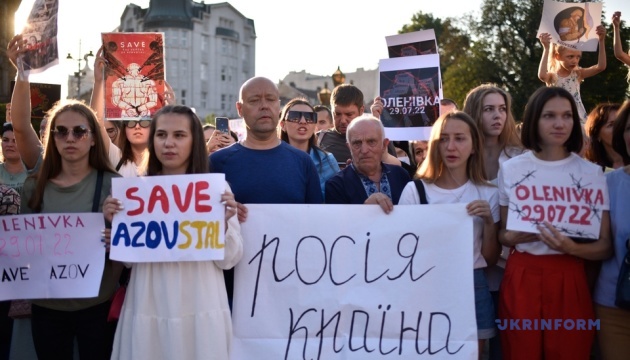 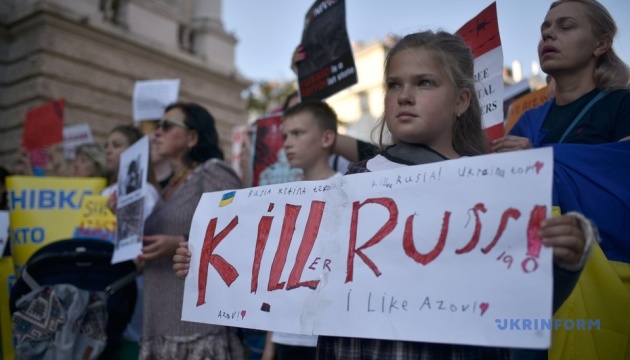 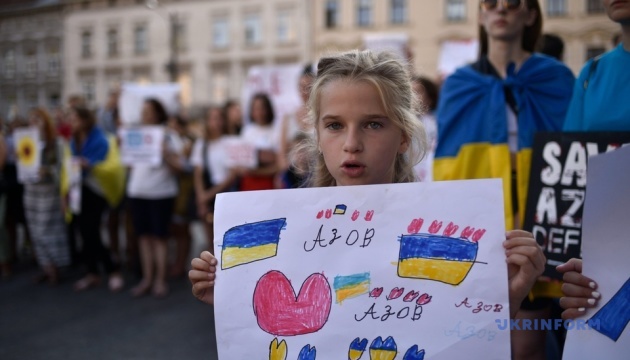 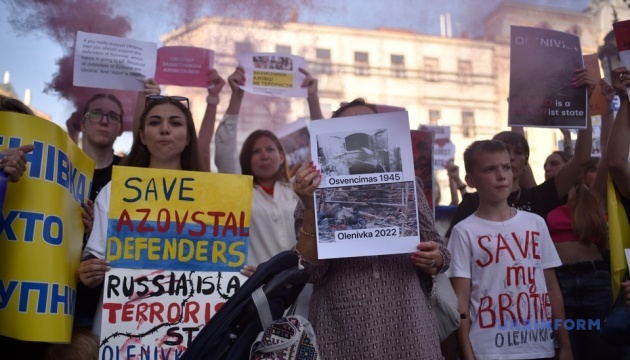 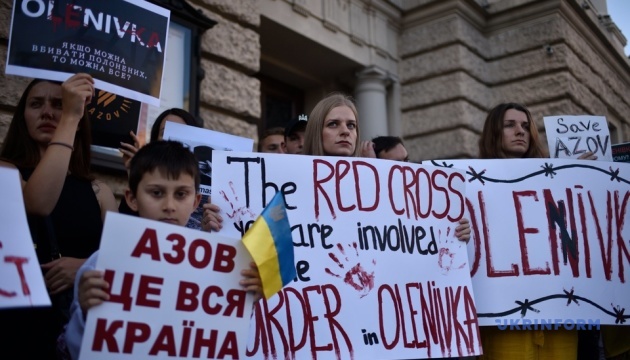 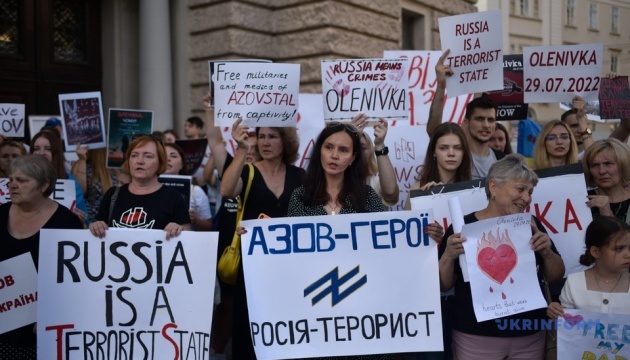 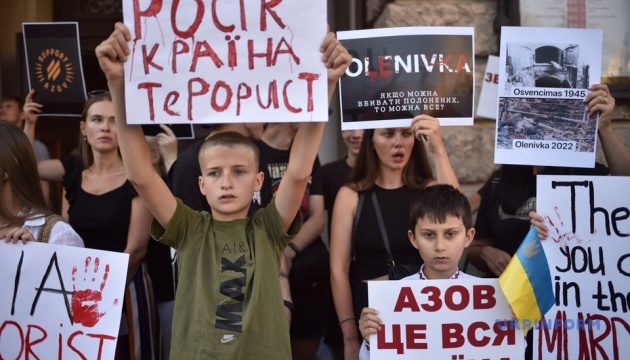 The rally participants insist that the UN and the ICRC representatives immediately gain access to the POWs held in Olenivka, check their health and inspect their confinement conditions, as this is exactly what they guaranteed when the defenders of Mariupol left the Azovstal steelworks to be held captive.

More than 100 people of different age groups – women, children, mothers and grandmothers – joined the rally with posters: ‘Bring Heroes Back Home’, ‘Olenivka 07/29/2022’, ‘Russia is Terrorist State’, ‘Azov – Heroes’, ‘Bring My Father Back’. These slogans, as well as ‘Azov is Entire Ukraine’, were chanted by the rally participants.

“We believe the world should unite to help Ukraine in our struggle for statehood, to provide the necessary weapons; and in our struggle as the relatives of Azovstal defenders in order to bring our servicemen back home,” Iryna, mother of one of Ukrainian POWs, said.

Similar rallies are expected to be held in different European cities.

A reminder that, on the night of July 29, 2022, a powerful explosion took place within the former correctional facility situated in Donetsk Region’s Olenivka, where Russians kept Ukrainian POWs. At least 50 Ukrainian defenders were reported killed and over 70 seriously injured.