A ​​sea of blue and yellow colors and traditional vyshyvanka embroidered shirts, to the beat of the symbolic "Red Viburnum" song and the "Glory to Ukraine!" slogans through the loudspeaker, as well as non-stop cheers from the crowd of spectators who came to the central streets of Washington.

This was the debut of the Ukrainian delegation at the U.S. Independence Day parade, which took place on Monday, Ukrinform's own correspondent reports.

As part of the column marched employees of the Ukrainian Embassy in the USA, the Carpathia folk dance ensemble, members of the United Help Ukraine, US Ukrainian Activists (USUA), and Ukrainian American Veterans organizations, and others. 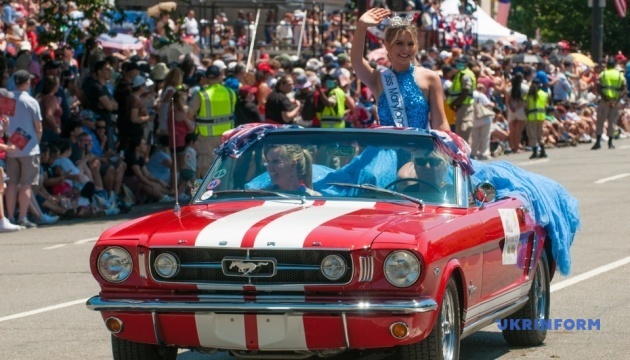 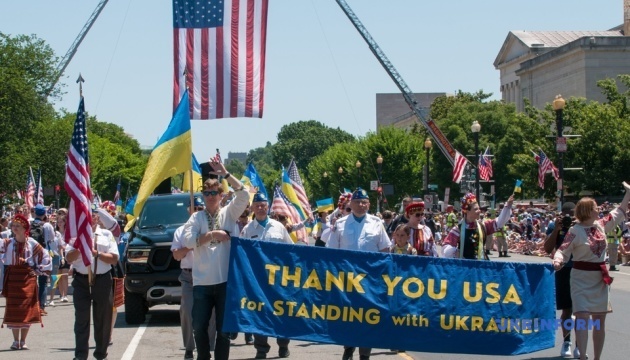 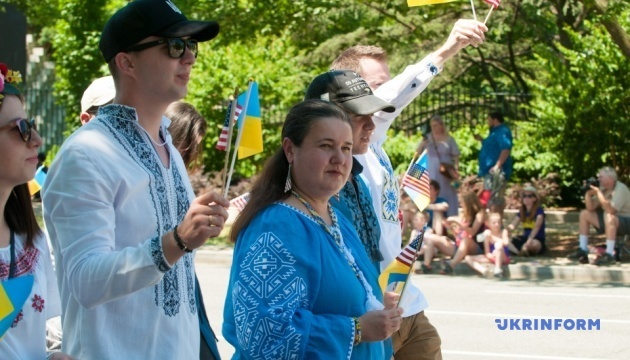 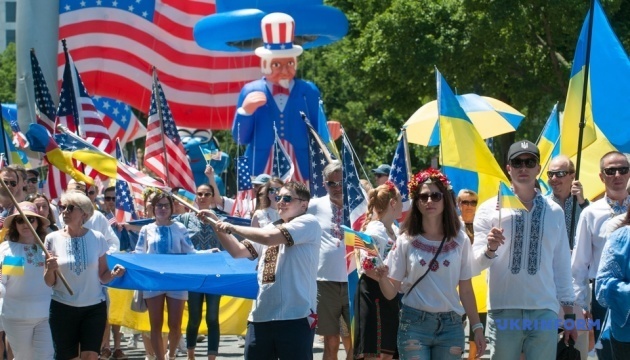 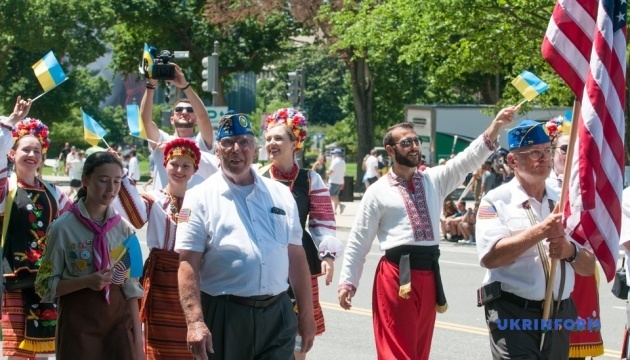 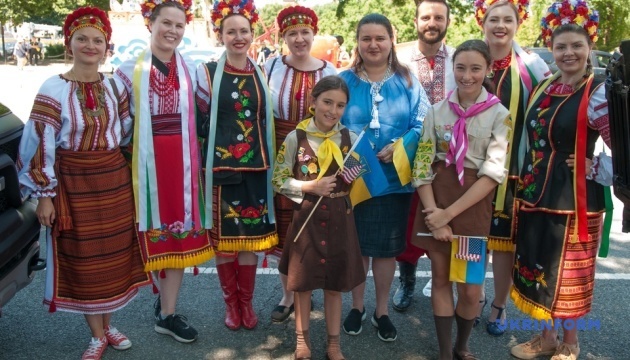 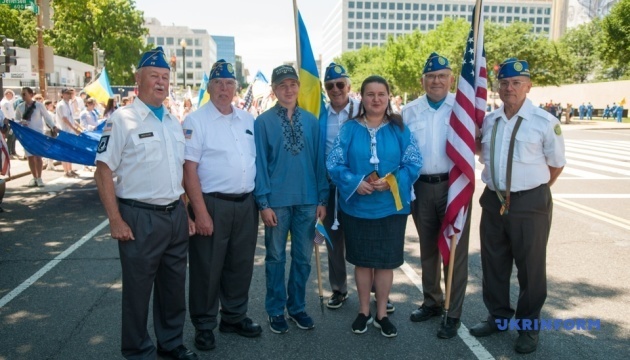 "When the war started on February 24, and when we together with the United States took our strategic partnership to a whole new level, with the U.S. today being actually our brothers and sisters, helping us side by side in this fight, we just couldn’t but take part in this parade. Therefore, we believe that it’s very important," Ukrainian Ambassador to the USA Oksana Markarova noted in a comment to the agency.

She explained that Independence Day for the United States is a time when Americans remember again and again each year the values ​​for which they fought during the formation of their nation, which were laid down in the Declaration of Independence of 1776, and which America continues to stand for every day.

"These are the values ​​for which Ukraine is currently fighting against Russian aggression, so this is our act of solidarity with our American sisters and brothers, as well as our kudos to them for the fact that they strongly support us in this fight," Oksana Markarova added.

U.S. Army Colonel (Rtd) Askold Moseychuk, a member of the Ukrainian American Veterans organization, who marched as part of the Ukrainian column alongside his comrades-in-arms, noted that he was proud to participate.

"Since we are all of Ukrainian origin, we are proud of the memory of our Motherland, our parents, grandfathers and great-grandfathers. We are advocating support for Ukraine in its ongoing fight against Russian invasion," said Askold Moseychuk.

He emphasized that participation in the parade in Washington as part of the Ukrainian group is a kind of gesture of support for all Ukrainians.

According to President of USUA (United States Ukrainian Activists) charity, Nadiya Shaporynska, participation in the American parade is "a really great honor" for the Ukrainian community. She said that the activists with her organization have been providing support to Ukraine almost 24 hours a day since the outbreak of the war, and have already allocated hundreds of thousands of dollars for the purchase of medical equipment and medication, as well as for all kinds of other support for Ukrainian hospitals. In addition, USUA organizes constant actions outside the White House with calls for more aid to Ukraine, as well as further punishment for Russia.

"One of our main messages that we are voicing outside the White House is to declare Russia a state sponsor of terrorism, because what is happening in Ukraine is genocide and war crimes against the people of Ukraine and the genocide of Ukrainian culture," stressed Nadiya Shaporynska.

As President of United Help Ukraine Maryna Baydyuk said, the participation of the Ukrainian delegation in the parade, as well as the friendly and truly warm reaction of the Americans, testify to a strong mutual bond.

"We want to show the American people that we stand with them, that Ukrainians actually support what is happening in America. They (people in Ukraine - ed.) are sending us greetings even now, and in fact today I received many greetings from the guys who are on the front lines, congratulating our organization and all Americans on Independence Day," Maryna Baydyuk noted.

She emphasized that the main message of the Ukrainian column is gratitude to the Americans for all the support they have provided, especially over the recent months. Although Ukraine joined the parade in Washington for the first time this year, it will definitely not be the last time, she added.