Several thousand people marched in support of Ukraine and demanded an end to Russian aggression in the center of Vienna on Sunday evening.

As an Ukrinform correspondent in Austria reports, the rally took place on the central square of Vienna – Heldenplatz (Heroes' Square). Those present honored the memory of all Ukrainians killed as a result of Russian aggression. Ukraine’s national anthem was performed by soloist of the National Opera of Ukraine Susanna Chakhoian.

After that, the column went along the Ringstraße which encircles the central historic district of Vienna. Its participants, most of them with Ukrainian symbols, carried posters in support of Ukraine and demanded an end to Russian aggression. In front of the column, protesters carried a large Ukrainian flag reading "STOP PUTIN WAR" and a banner "Putin is terrorist". 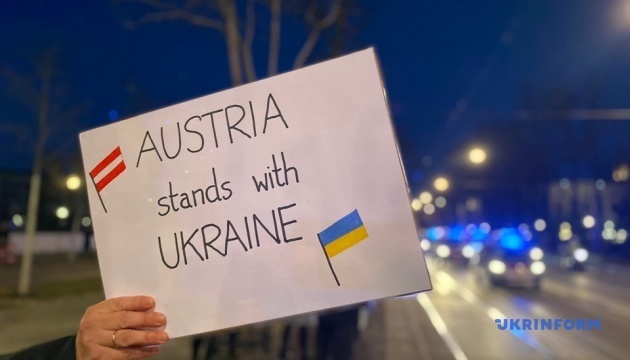 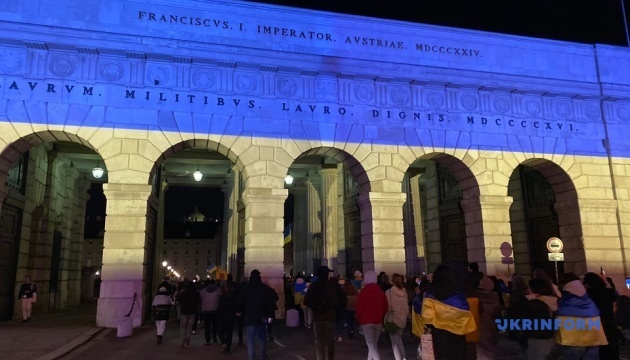 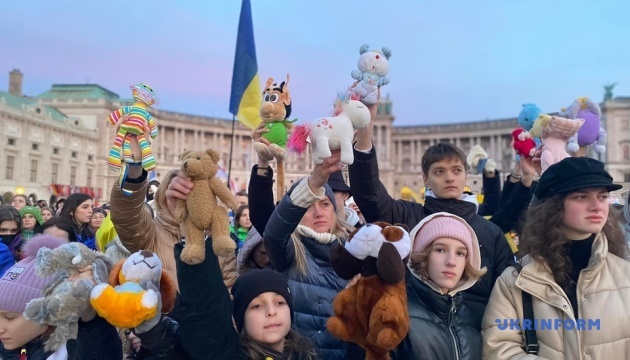 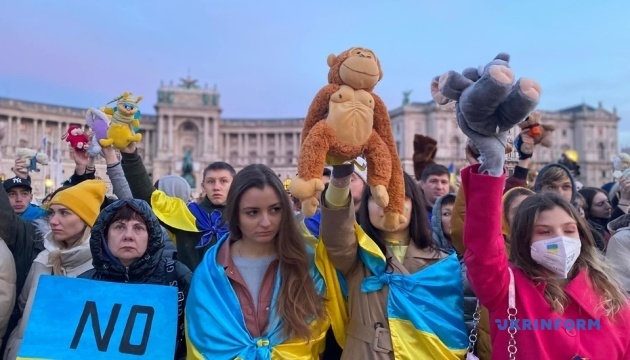 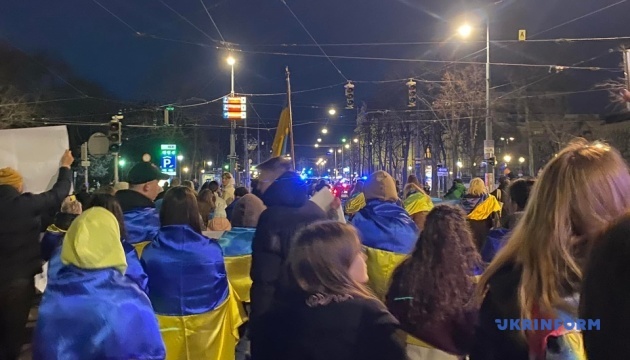 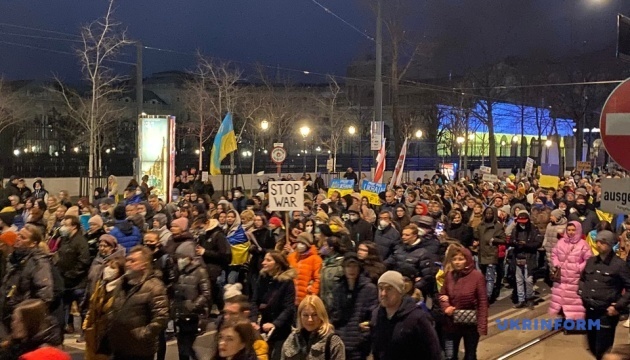 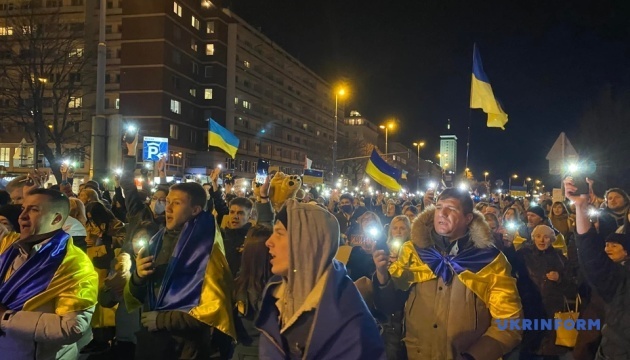 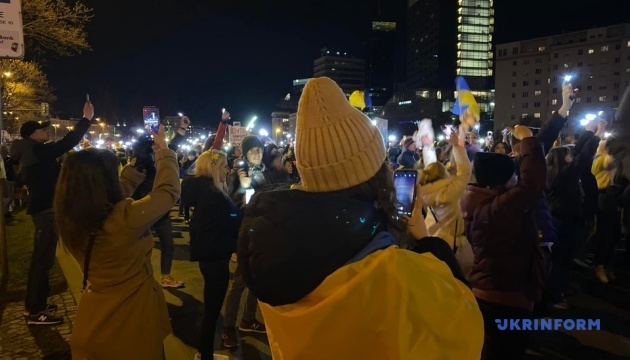 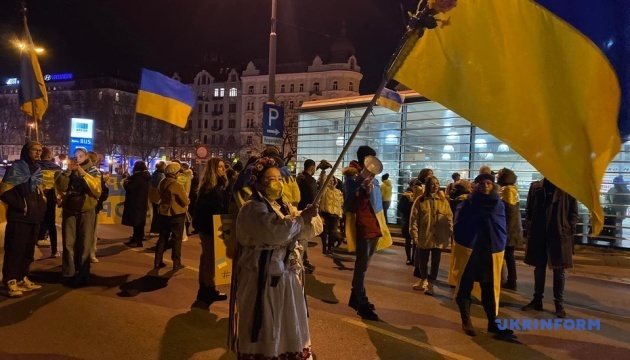 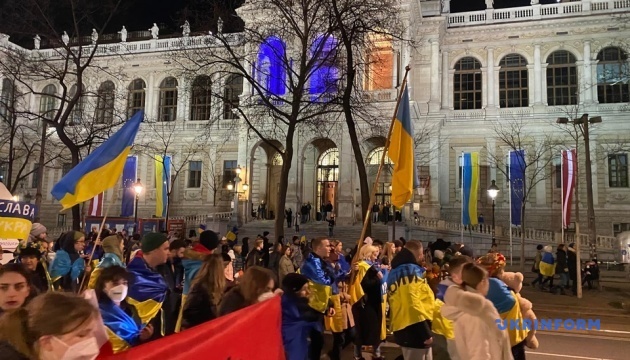 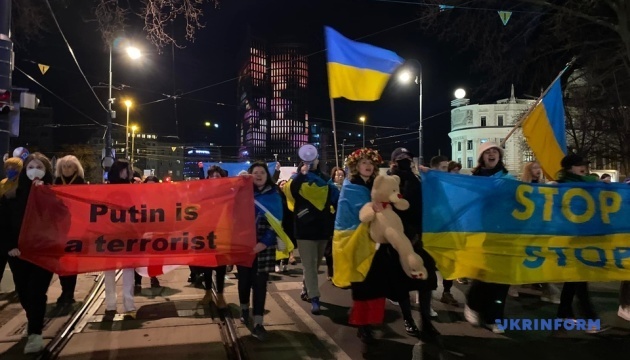 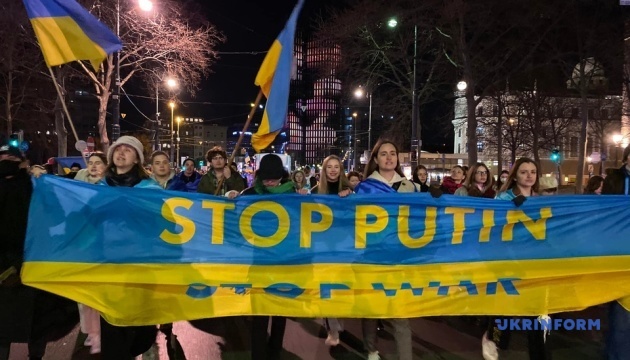 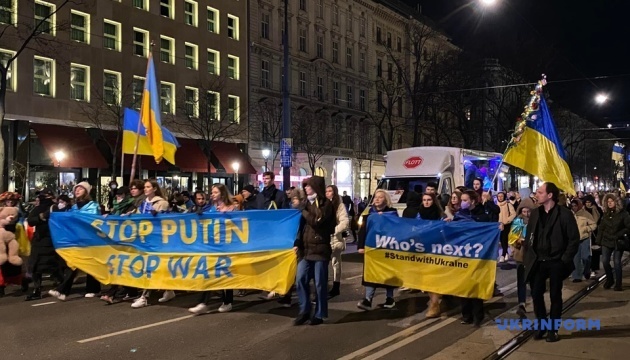 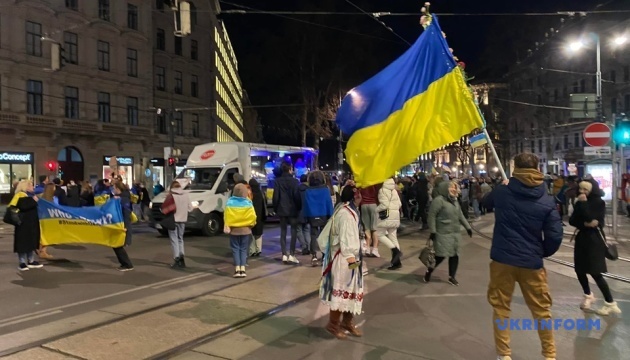 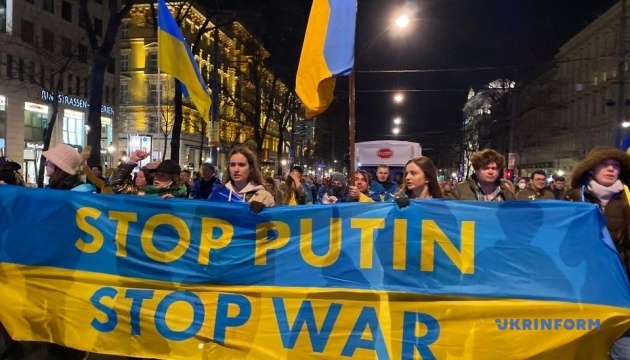 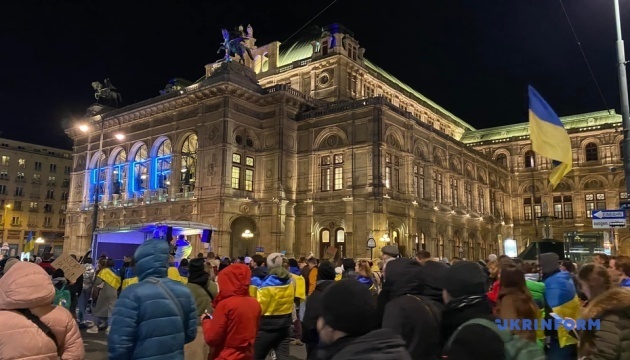 Ukrainian songs were heard from the audio equipment, and the Ukrainian national anthem was performed several times during the march.

The day before, a rally in support of Ukraine took place on the Human Rights Square in the center of Vienna. Actions of solidarity with the Ukrainian people have been held in the Austrian capital almost every day since the start of a large-scale offensive by Russian troops on Ukraine.