Head of the Orthodox Church of Ukraine Epiphanius has met with U.S. Secretary of State Antony Blinken and emphasized the importance of international attention to the problem of violation of religious freedom in Russian-occupied territories, according to the Facebook page of Metropolitan Epiphanius.

According to the report, Epiphanius today "had the opportunity to welcome U.S. Secretary of State Antony Blinken to the spiritual center of the local Orthodox Church of Ukraine - St. Michael's Golden-Domed Monastery."

"I am grateful to the Secretary of State for the thoughtful conversation. The principle of freedom of religion was the basis for the development of the United States, and its protection remains a priority. In Russian-occupied territories, freedom of religion is constantly brutally violated, so international attention to this issue is important. In our conversation with the Secretary of State, we also discussed the formation and development of the Orthodox Church of Ukraine," the report reads. 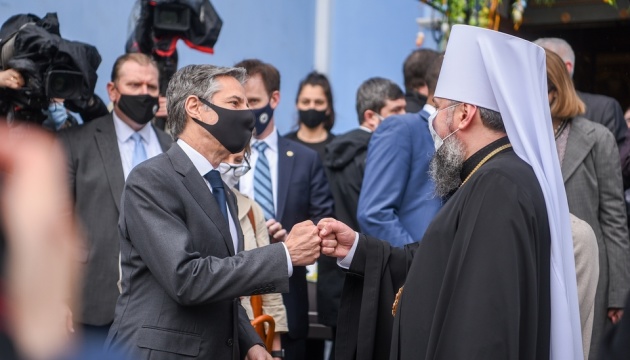 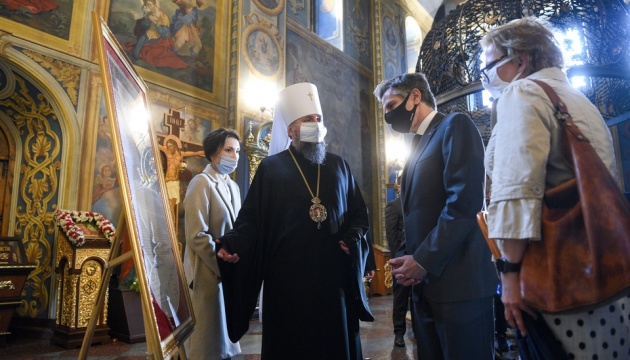 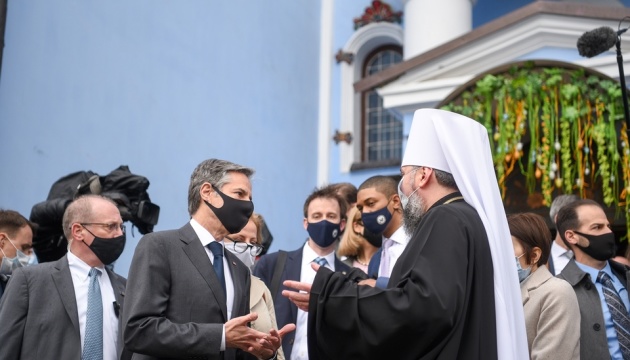 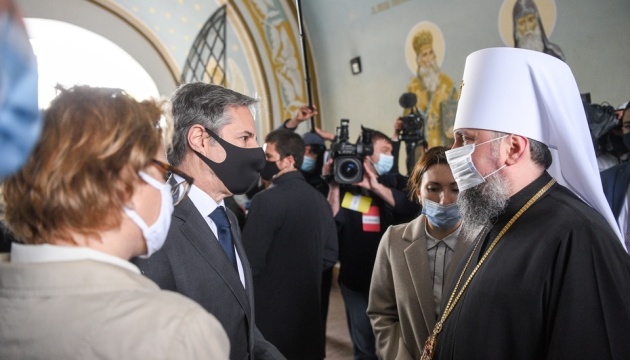 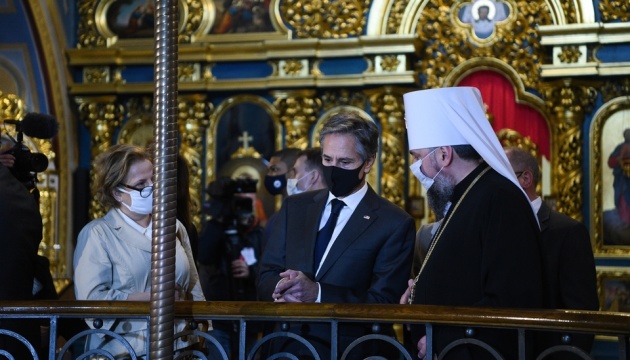 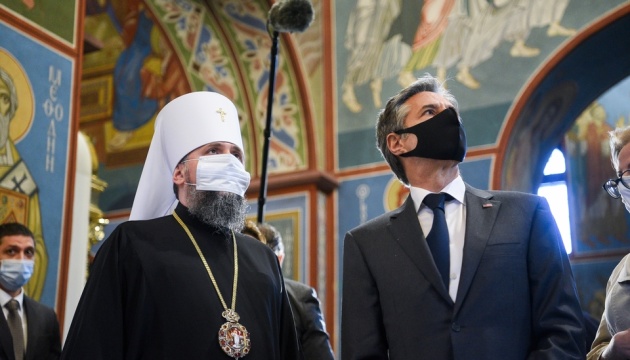 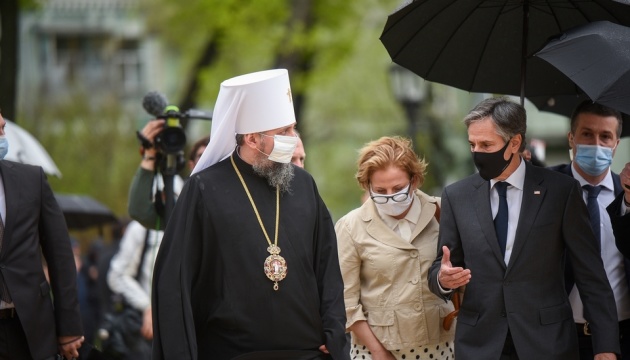 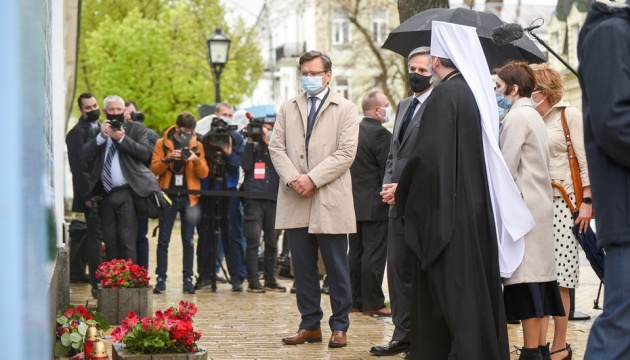 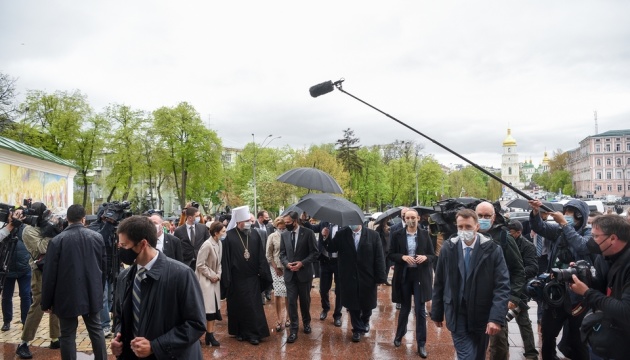 Epiphanius expressed special gratitude to the United States for its strong support for Ukraine in countering external challenges and consolidating the international community in its struggle to restore the territorial integrity of Ukraine.

"The U.S. Secretary of State's honoring at the Wall of Remembrance the present-day heroes, defenders of Ukraine is evidence of our ally's respect for the Ukrainian people's struggle for a better future, for their own democratic, sovereign, European state," the statement reads.

Blinken arrived in Kyiv on May 6.