Monday, April 26, marks the 35th anniversary of the Chornobyl disaster.

Verkhovna Rada Chairman Dmytro Razumkov stressed in his address on the occasion of the 35th anniversary of the Chornobyl disaster, published on the official website of the Ukrainian parliament, that Ukrainians should always remember the victims of the accident at the Chornobyl Nuclear Power Plant and do everything possible to avoid that happening again.

"Today marks 35 years since the tragic events occurred at the Chornobyl Nuclear Power Plant. The accident led to one of the worst man-made and environmental disasters in human history. This day divided the lives of many people into 'before' and 'after,' leaving a deep imprint in our memory," Razumkov said. 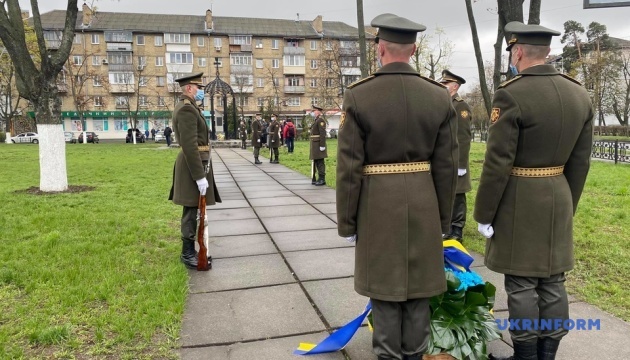 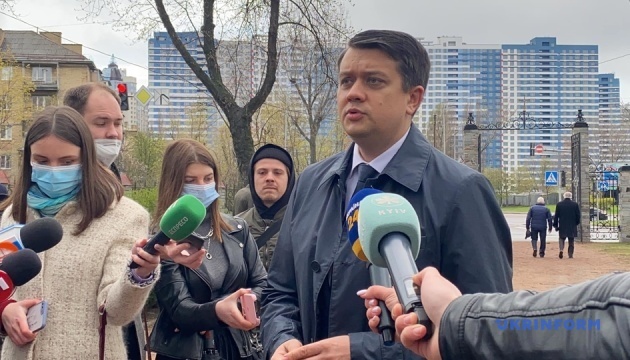 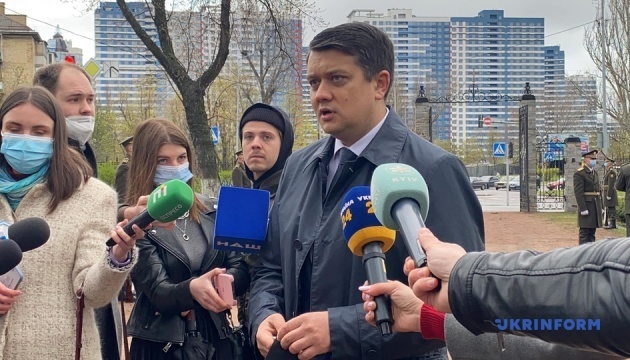 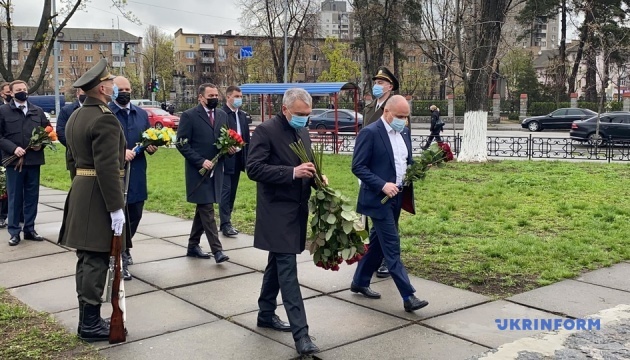 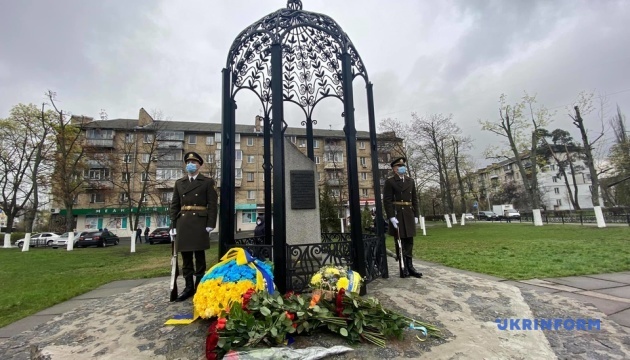 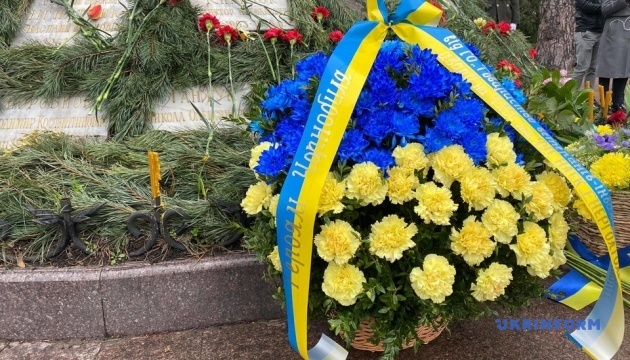 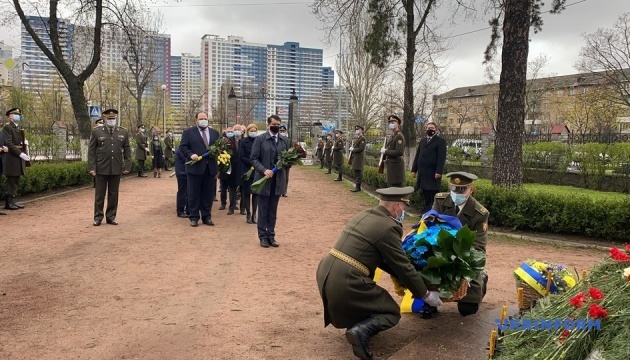 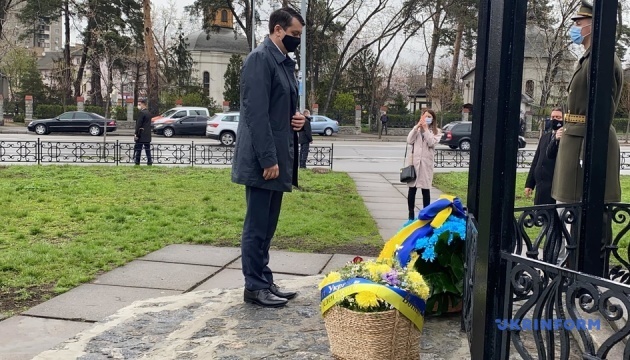 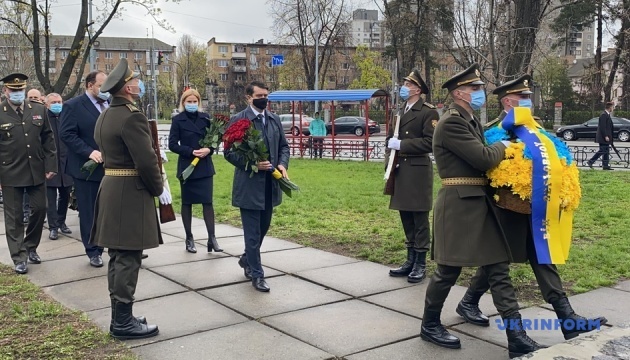 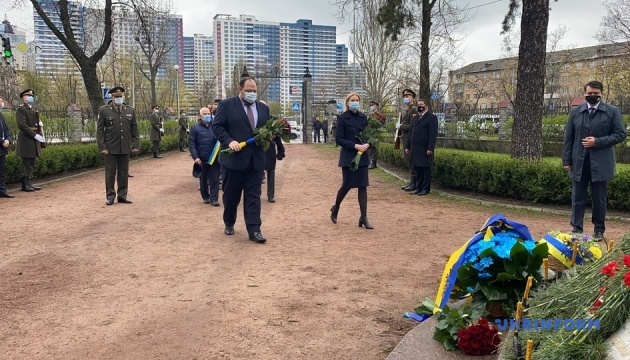 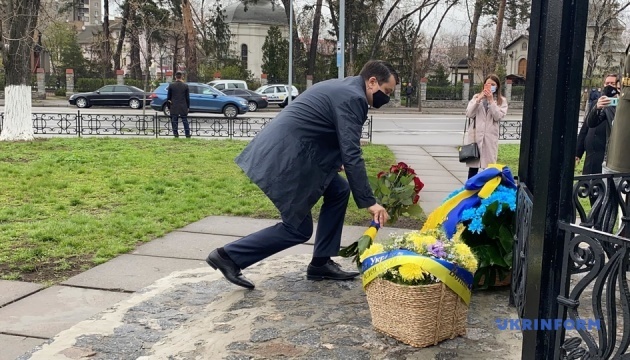 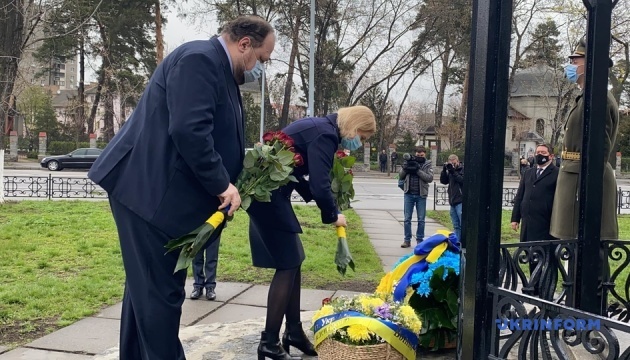 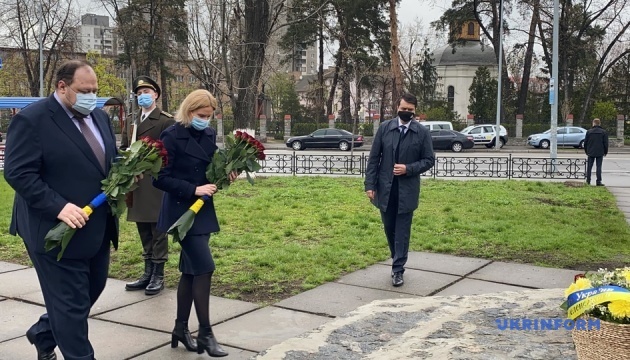 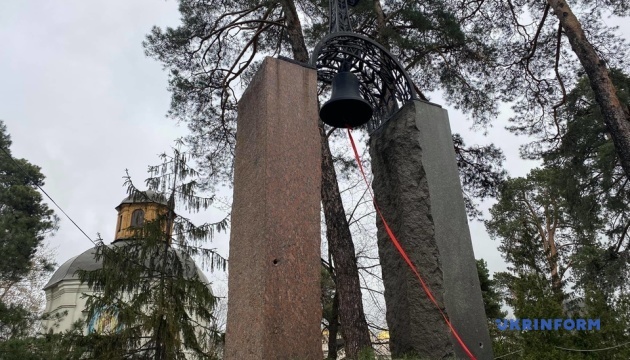 He also noted that the accident at the Chornobyl Nuclear Power Plant had affected the lives of several generations and caused irreparable damage. It caused environmental pollution, turning the area around the plant into an exclusion zone for many years. The disaster left thousands of people homeless. However, the most important thing is that the tragedy killed and maimed innocent people.

"At the same time, the Chornobyl catastrophe also showed how great self-sacrifice can be," he said.

He noted that "each of us should honor this fearless act and the courage of the accident's clean-up workers. The self-sacrifice and courage they showed will never be forgotten and will forever remain in the leaves of history."

"Today is another anniversary of the Chornobyl disaster. Thirty-five years. [...] But this tragedy continues today. It has taken many lives within 35 years and it continues to take them today. The human factor has played a huge role in this tragedy, so we must remember that the peaceful use of nuclear energy depends on us," Razumkov said.

He also said that the Verkhovna Rada planned to consider legislative initiatives to improve social protection for victims of the Chornobyl disaster. Razumkov added that as of now, payments to Chornobyl clean-up workers could be delayed due to technical problems "on the ground."

According to him, if the Verkhovna Rada receives official requests regarding the systematic delay in payments or their complete absence, this issue will be discussed with the Cabinet of Ministers. At the level of the Verkhovna Rada, no decisions were made to cancel or "freeze" payments to Chornobyl clean-up workers, Razumkov said.

On the occasion of the 35th anniversary of the Chornobyl disaster, Head of the State Emergency Service of Ukraine Mykola Chechotkin addressed Chornobyl clean-up workers and stressed that April 26 would forever remain a day of remembrance and mourning.

"It has been 35 years since the terrible accident at the Chornobyl Nuclear Power Plant, which brought pain and suffering to millions of people and caused significant environmental damage not only to Ukraine but to the whole world. April 26 will forever remain a day of remembrance and mourning. On this day, we bow down before the heroic deed of firefighters, servicepersons of the civil defense forces and all those who stood up for humanity," the address reads.

On April 26, 1986, at 01:23, a powerful chemical explosion occurred at the fourth nuclear reactor of the Chornobyl Nuclear Power Plant, causing the destruction of the reactor unit and the engine room.

As a result of the explosion, a fire broke out and spread to the roof of the third nuclear reactor. The fire was extinguished by 05:00. However, the fire inside reactor No. 4 continued to burn until May 10; it is possible that well over half of the graphite burned out.

After the explosion and the fire, a radioactive cloud covered not only the territory of modern Ukraine, Belarus and Russia, but also the territory of many European countries — Sweden, Austria, Norway, Germany, Finland, Greece, Romania, Slovenia, Lithuania, and Latvia. According to the International Nuclear and Radiological Event Scale (INES), the Chornobyl accident was rated at the highest, seventh level of danger.

From the very beginning, Moscow and the leadership of the Ukrainian SSR concealed the fact of the accident and the consequences of the environmental disaster. Sweden was the first to report an increase in radiation levels. The USSR made the first official announcement only on April 28.

People living in the area within a 10-kilometer radius of the plant were evacuated in the first days after the accident. The evacuation zone was then expanded to 30 kilometers. In total, 2,293 villages and towns with a population of over 2.6 million inhabitants were contaminated. More than five million hectares of land were removed from agricultural use.

To prevent the spread of radiation in late 1986, the destroyed reactor was covered with a special "sarcophagus." According to experts, up to 95% of the original radioactive inventory of the fourth nuclear reactor remains inside the ruins of the reactor building. For safety reasons, the Chornobyl Nuclear Power Plant was shut down on December 15, 2000. At the same time, the Shelter Structure, built in 1986, gradually deteriorated.

Ukraine appealed to the international community with the request to hold a competition for projects to replace the Shelter Structure (sarcophagus). In 2004, a tender was held for the design and construction of a new "sarcophagus" - the New Safe Confinement. Its construction began in 2012. On November 29, 2016, the sliding arch of the New Safe Confinement was built. On July 10, 2019, the state-owned enterprise Chornobyl Nuclear Power Plant commissioned the NSC. In the future, work will be conducted to demolish the unstable structures associated with the original Shelter Structure.