Minister of Culture and Information Policy of Ukraine Oleksandr Tkachenko and Ambassador of the Kingdom of Norway to Ukraine Erik Svedahl discussed the further work of the Ukrainian-Norwegian Intergovernmental Commission on Cooperation in Trade, Entrepreneurship and Economy and a new draft law on tourism.

The parties discussed these issues during a meeting in Kyiv on Tuesday, according to Tkachenko’s Facebook post.

“We discussed the further work of the Ukrainian-Norwegian Intergovernmental Commission on Trade, Entrepreneurship and Economy, including strengthening cooperation to minimize the negative consequences of COVID-19. We are planning to hold a meeting in early November. I took the opportunity and told the ambassador about our new law on tourism,” Tkachenko wrote. 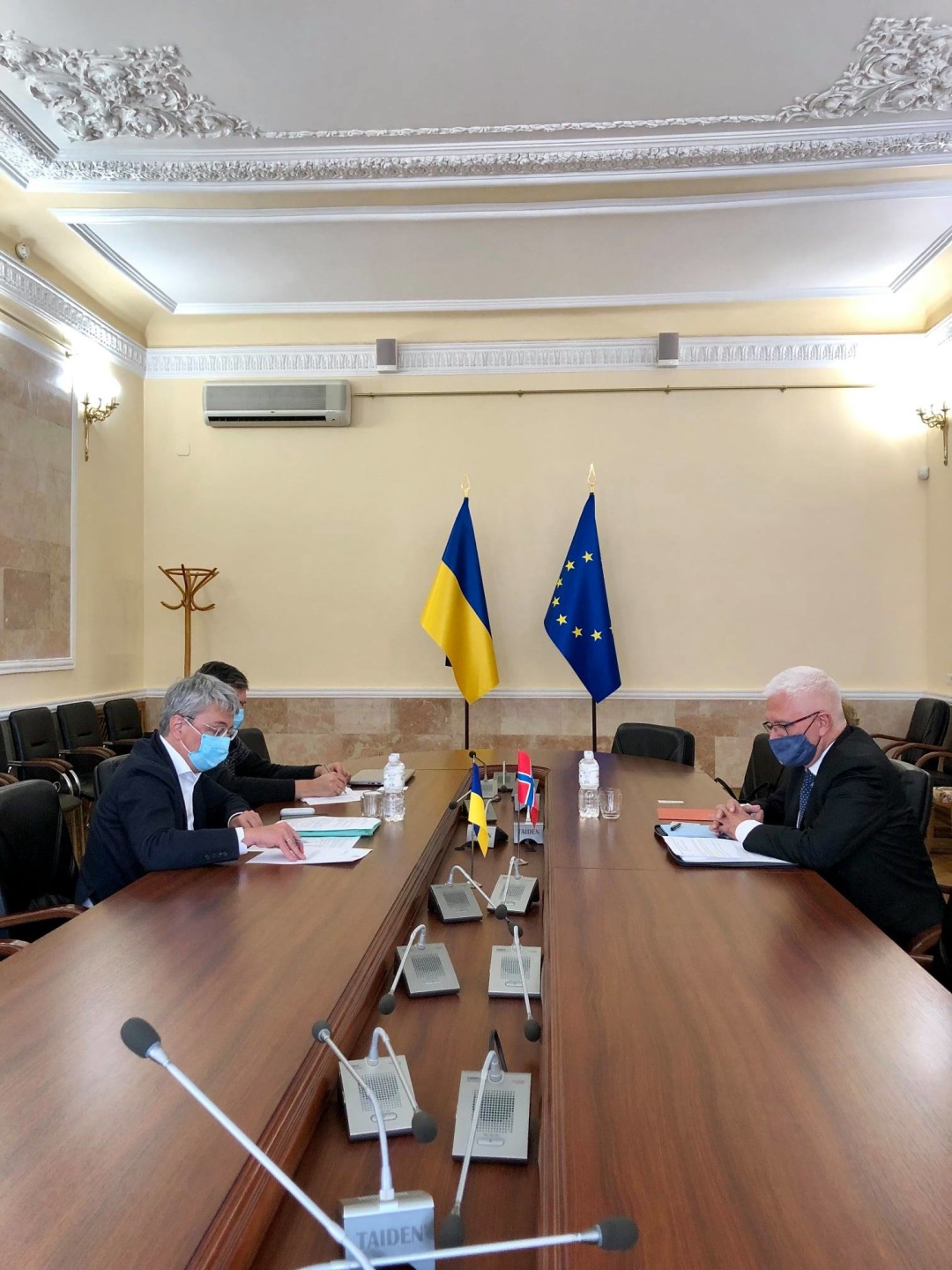 He also noted that the Great Construction project is welcomed by our international partners. The Norwegian side supports the ambition of Ukrainian authorities to open cultural services centers and restore over 150 cultural facilities - castles, nature reserves, theaters.

“Mr. Svedahl rightly noted that culture helps to build a dialogue not only between people, but also between states. I completely agree,” Tkachenko added.

As reported, on Monday, September 28, the minister presented the main provisions of the bill, which provides for a systematic update of the outdated law "On Tourism".