Diplomats of the Permanent Mission of Ukraine to the International Organizations in Vienna and members of their families commemorated the fallen Ukrainians and other prisoners of the Ebensee concentration camp at the memorial in Upper Austria.

"We have gathered here to honor the memory of the sons and daughters of Ukraine who died in the Ebensee concentration camp, a subcamp of Mauthausen concentration camp. According to various estimates, several thousand Ukrainians died here," Permanent Representative of Ukraine to the International organizations in Vienna Yevheniy Tsymbaliuk said, an Ukrinform correspondent in Austria reports.

Mass events have been canceled and restrictions on gatherings have been imposed in Austria, as well as in other countries, due to COVID-19. However, the Ukrainian diplomatic mission decided to honor the memory of the fallen prisoners of the Ebensee concentration camp, while taking the necessary measures, in particular, maintaining the distance between the commemoration ceremony participants. 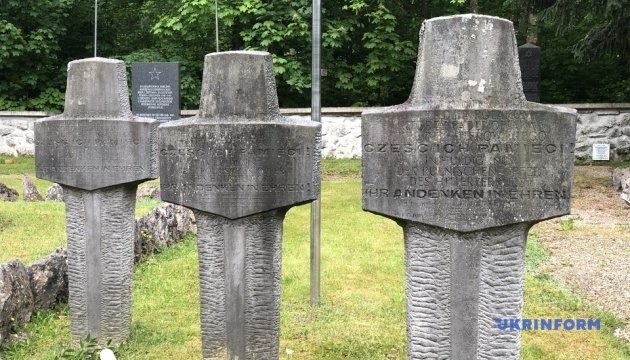 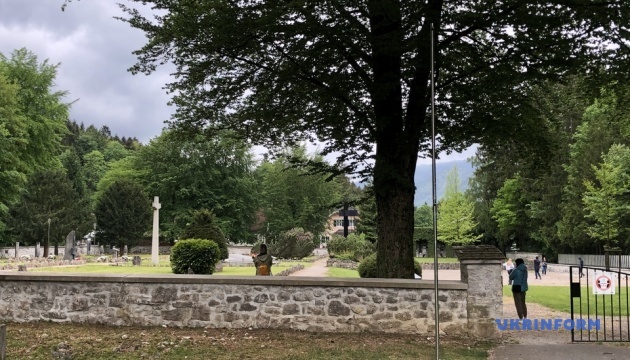 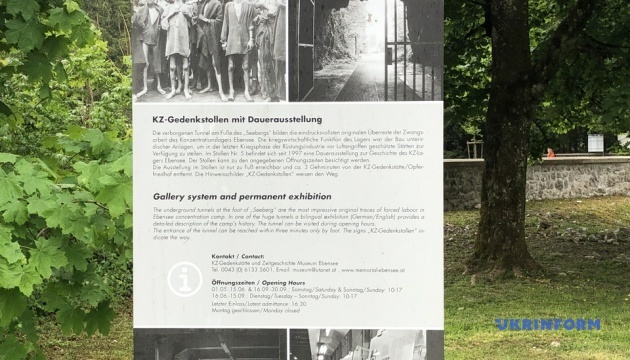 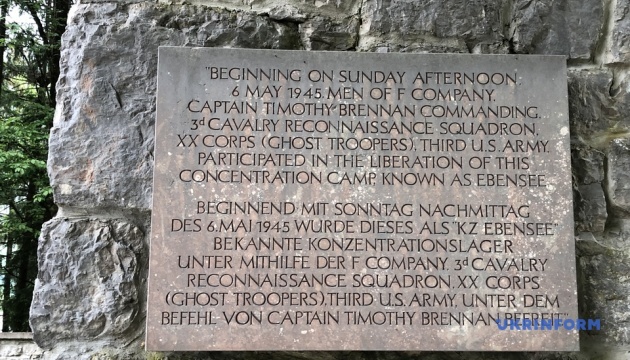 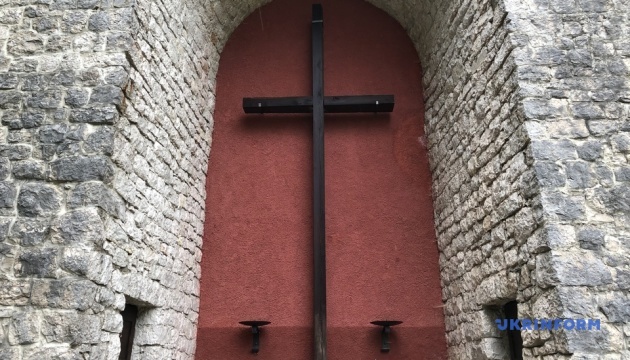 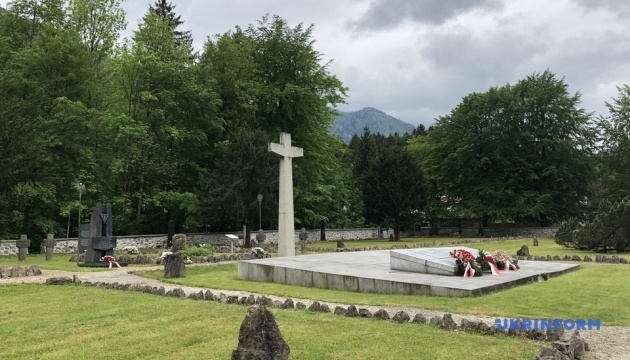 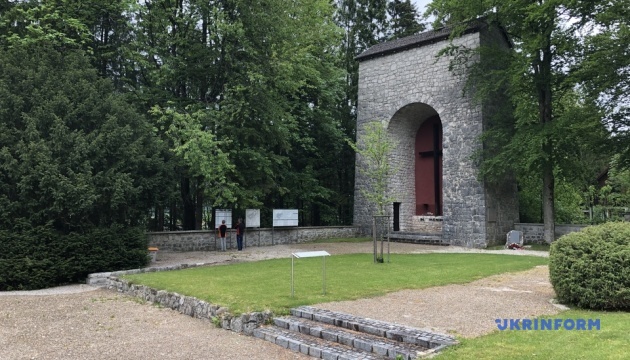 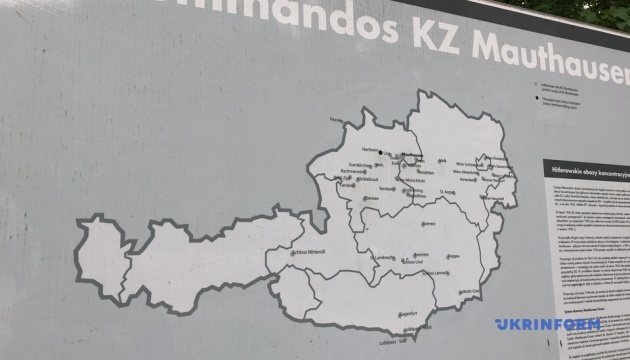 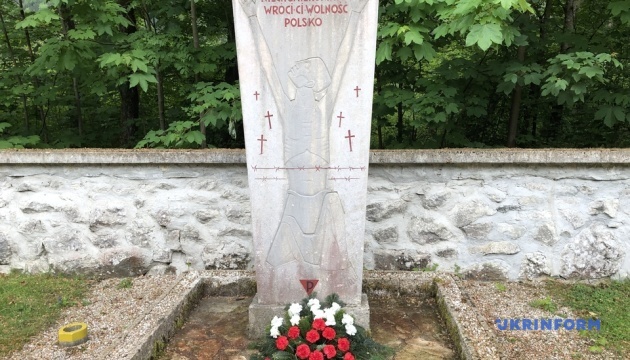 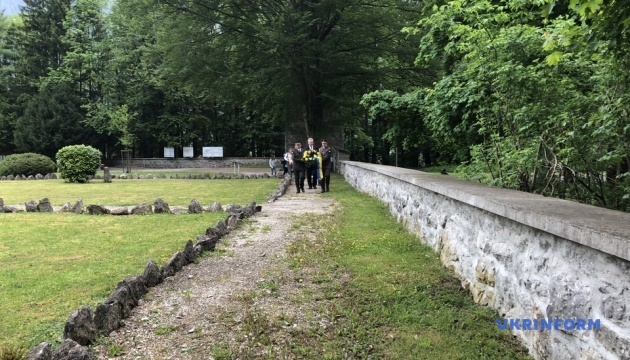 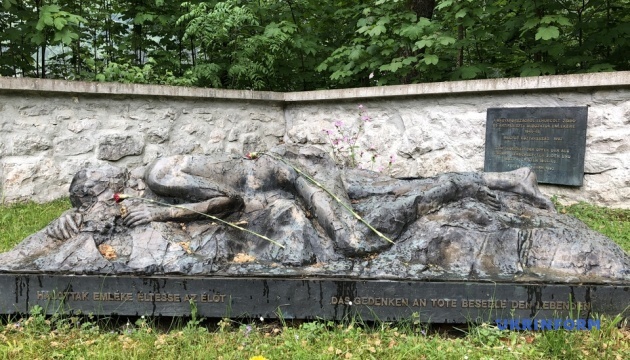 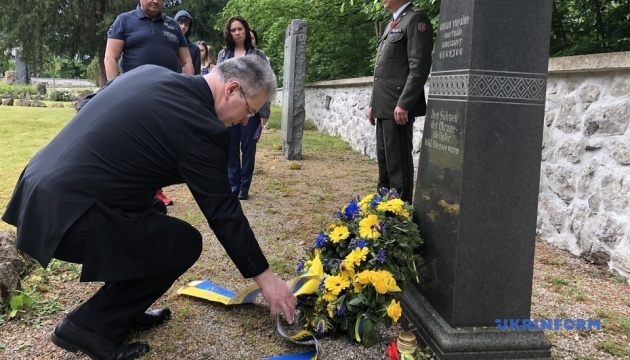 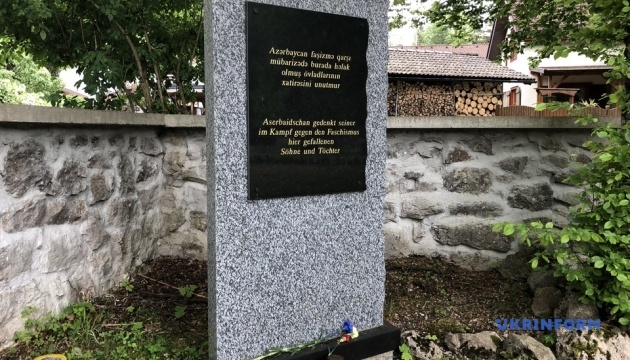 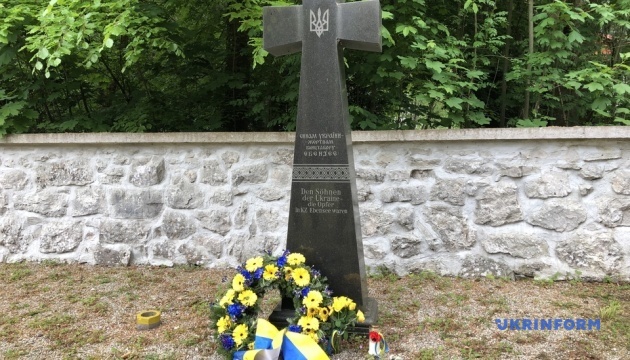 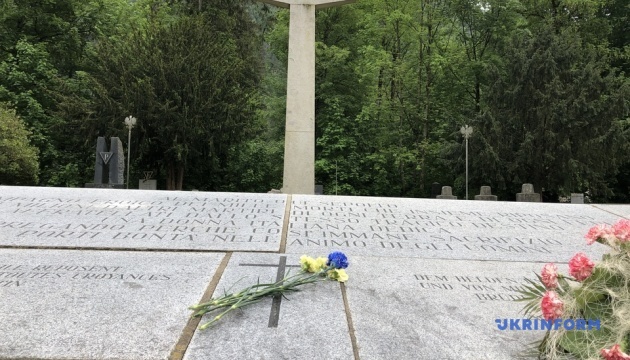 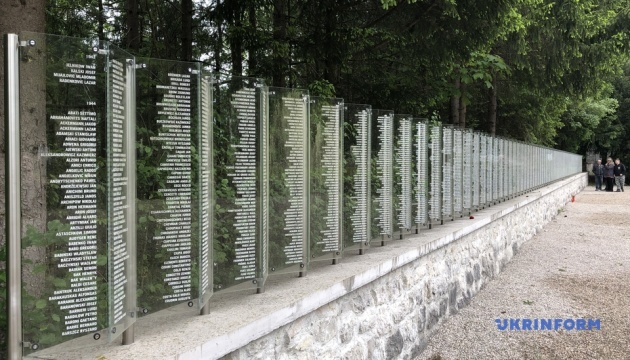 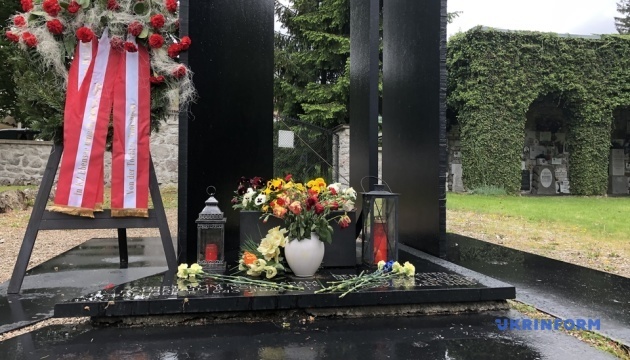 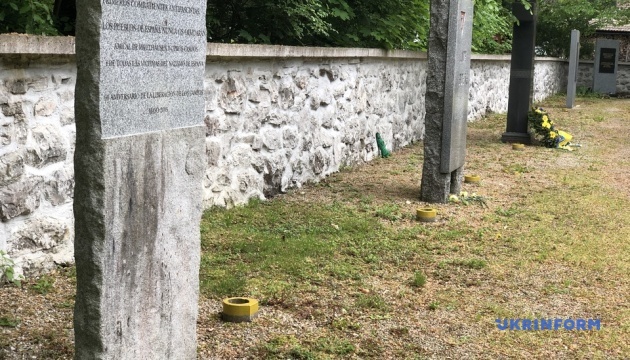 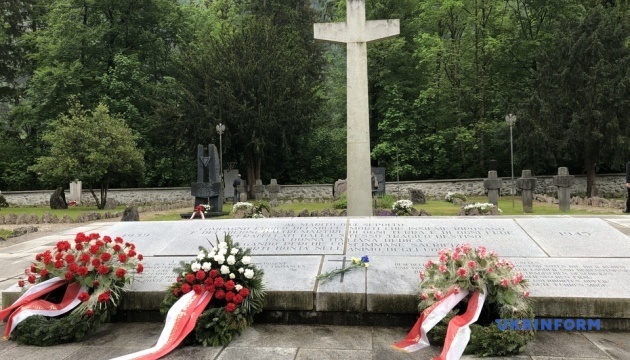 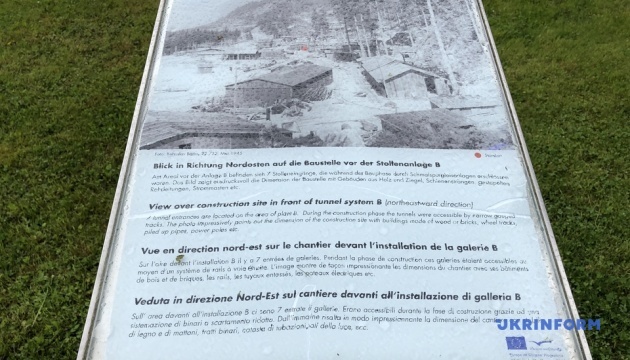 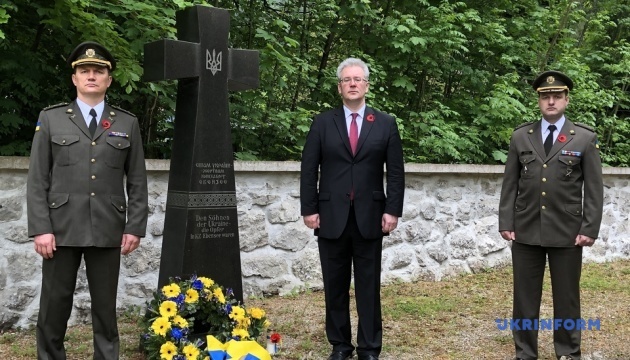 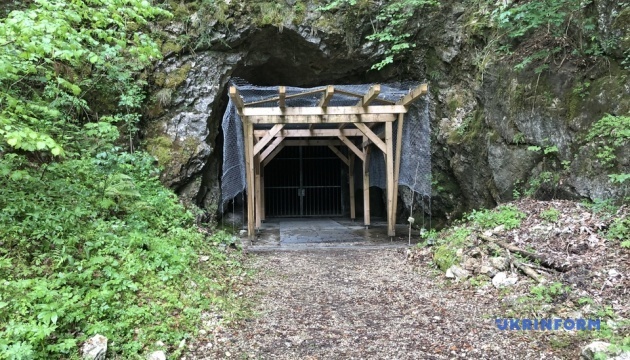 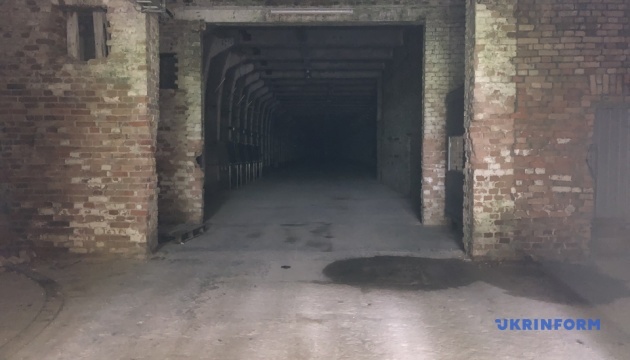 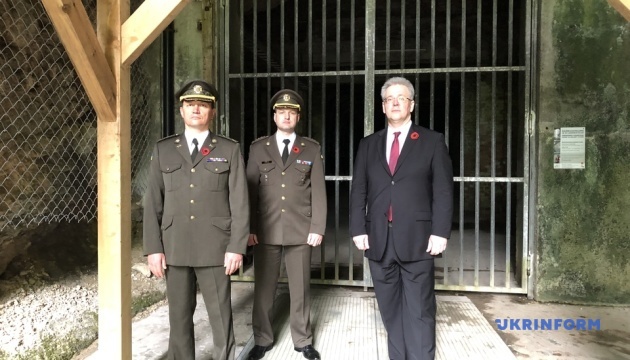 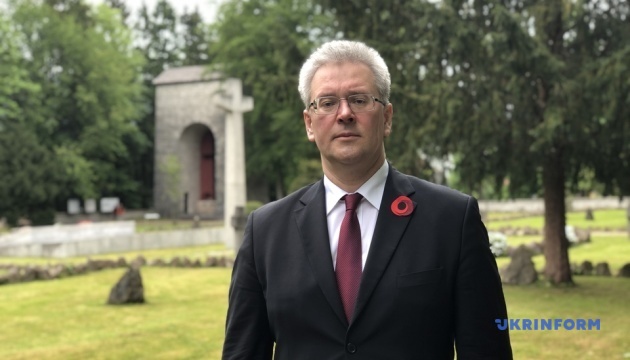 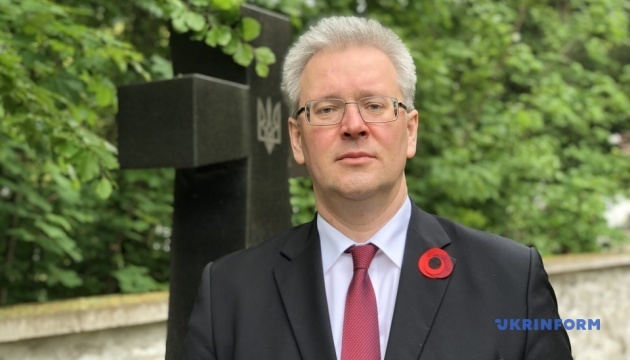 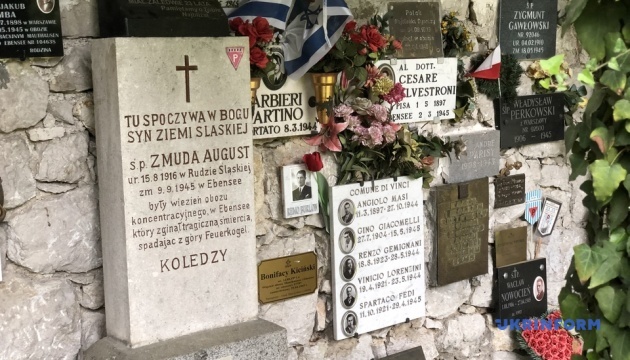 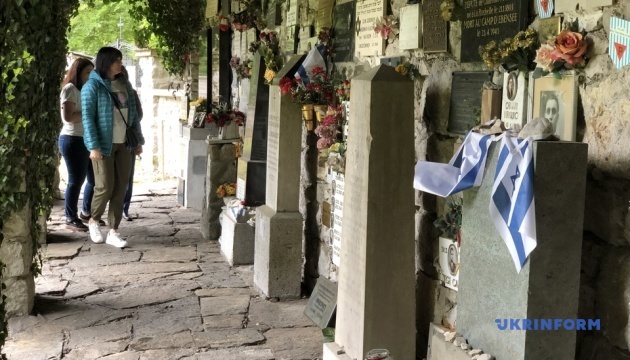 The Ukrainian delegation, in particular, laid wreaths and flowers at the monument to the Ukrainian victims of the concentration camp unveiled in 1995.

The flowers were also laid at the national monuments of other countries to honor the memory of representatives of other nationalities killed in this death camp.

The Ebensee concentration camp was one of the largest subcamps of Mauthausen. More than 20,000 prisoners, quarter of whom were the USSR residents, built tunnels for armaments storage near the town of Ebensee, Austria, from 1943 until 1945.