Several protesters have been injured as law enforcers are taking down the tent camp outside the building of the Verkhovna Rada in Kyiv on Saturday, according to Hromadske.

According to the report, the police arrested about 30-40 people. Law enforcers warned that it was dangerous to stay on the territory of the tent camp.

Several protesters and three police officers were injured during the demolition of the tent camp. Two were taken to hospital.

Kyiv police chief Andriy Kryshchenko said that the police had received a court decision with permission to conduct investigatory measures near the parliament.

"Operational and investigative measures were conducted. The police had a court decision to search for tents. Inhabitants of the tent camp were notified of that," he said.

Security forces have currently cordoned off the tent camp.

As reported, on March 1, the Verkhovna Rada supported the presidential bill on the Anti-Corruption Court at first reading. This was the main requirement of the protesters near the parliament building.

On February 27, scuffles erupted between protesters and law enforcement officers outside the building of the Verkhovna Rada. Fourteen police officers were injured.

The first tents near the parliament were put up on October 17 during a rally in support of the "Big Political Reform." 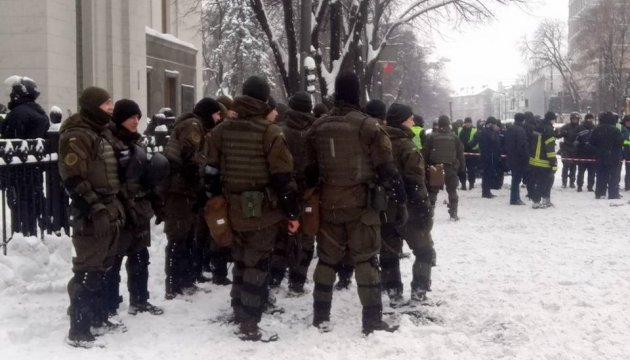 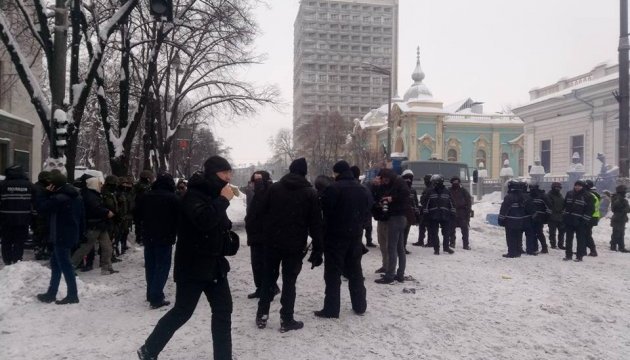 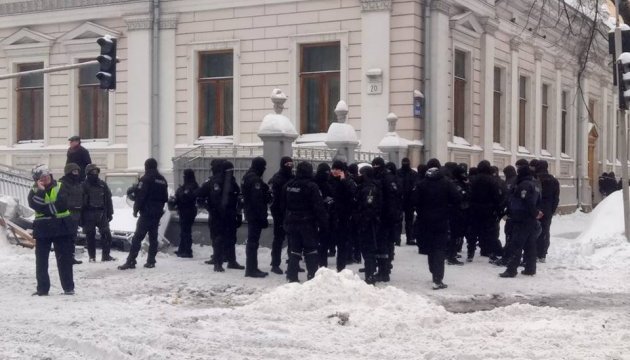 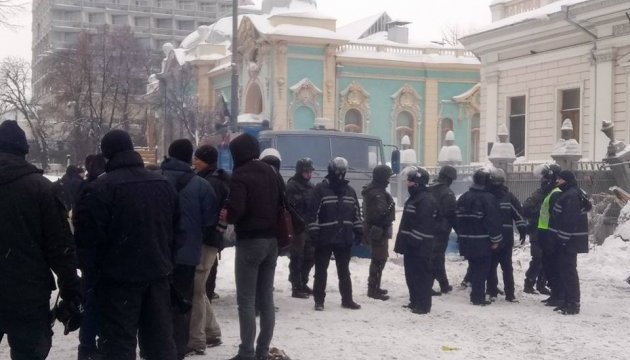 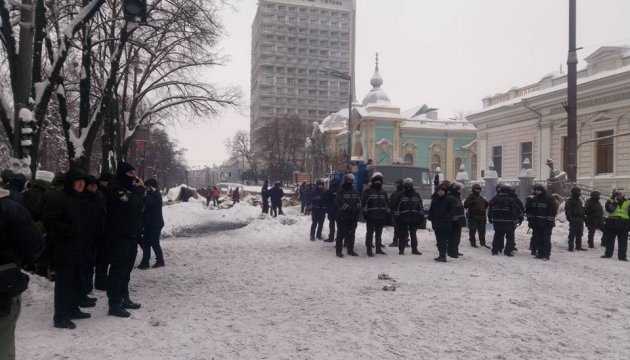 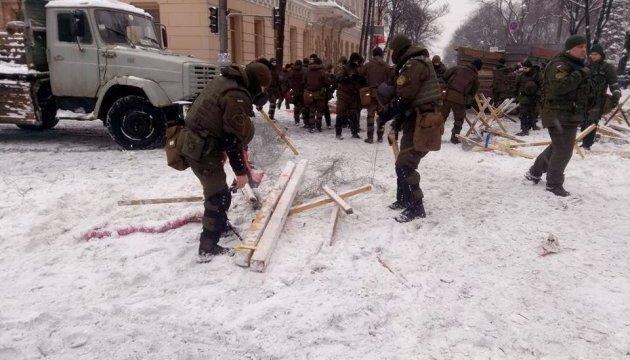 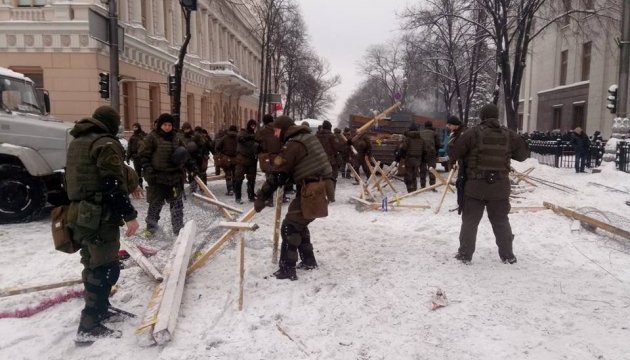 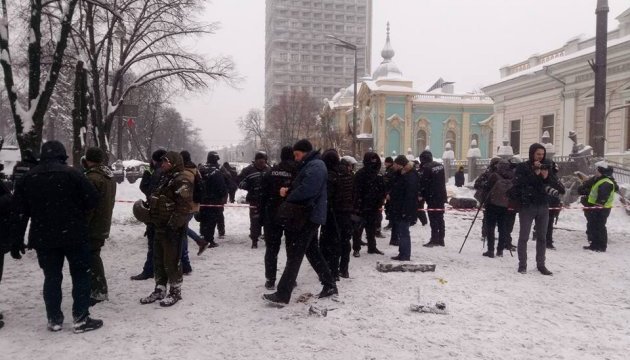 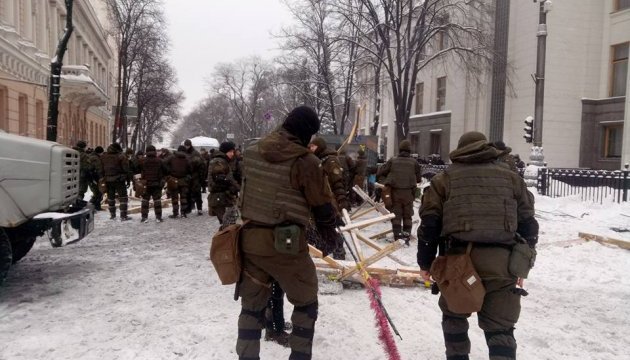 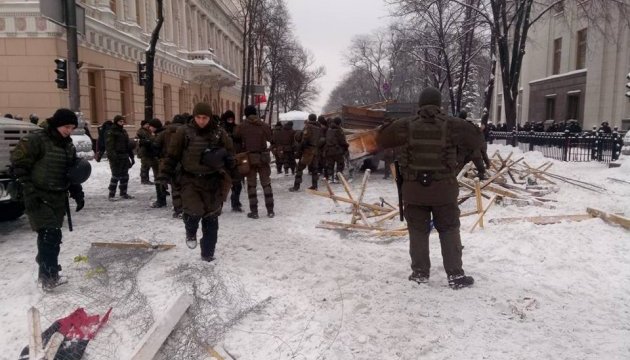 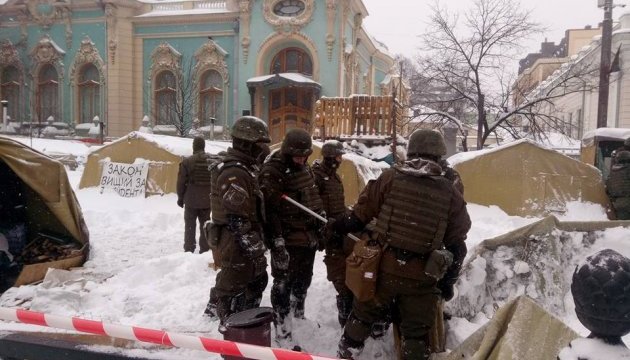 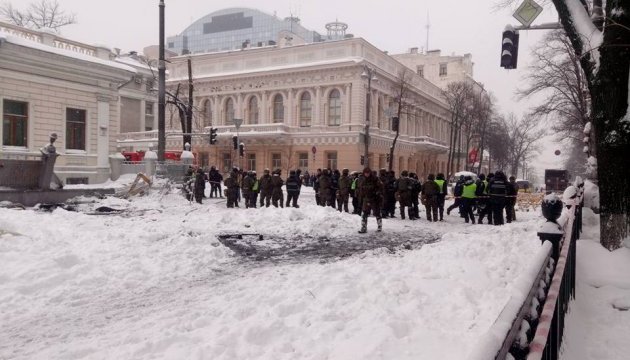 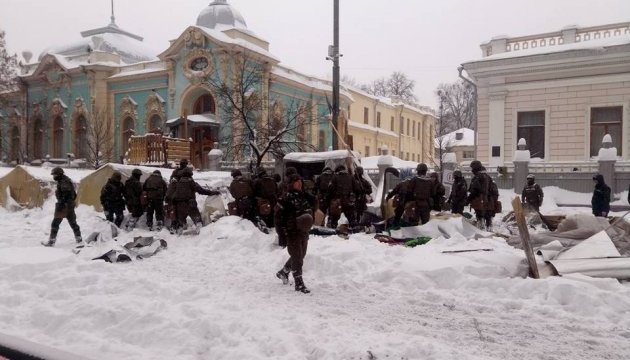 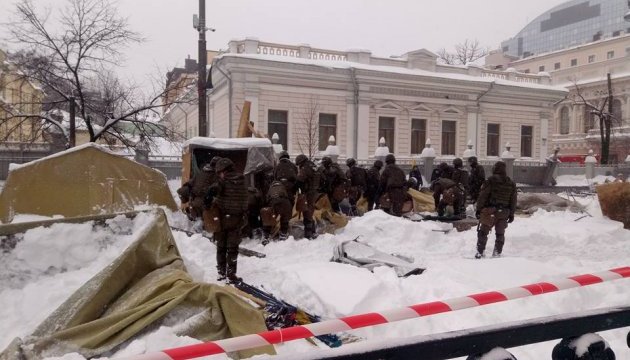