The Battle of Kruty, which took place a hundred years ago, has become for the people of Ukraine a symbol of the heroism and self-sacrifice of the younger generation in the struggle for independence, the Ukrainian Institute of National Remembrance has reported, adding that now this event will be marked at the national level.

"The Battle of Kruty has become a successful defense operation, since it stopped the enemy for a few days. This enabled representatives of the Ukrainian People's Republic to sign the Treaty of Brest-Litovsk with the countries of the Quadruple Alliance. The independence of the Ukrainian People's Republic had to be protected from Russian military aggression. The enemy was opposed by young volunteers. The courage and sacrifice of the participants in the battle made them an example for future generations of Ukraine's defenders. The defenders of the Donetsk Airport in the present Russian-Ukrainian war are compared with them. Therefore the Kruty Heroes are called the first cyborgs," reads the report.

On January 7, 1918, the Bolsheviks announced a general offensive against Ukraine. In mid-January they established control over almost the entire territory of left-bank Ukraine and started moving to Kyiv. Under these conditions, on January 22, 1918, the Ukrainian Central Rada (Council) issued the Fourth Universal proclaiming the independence of the Ukrainian People's Republic. 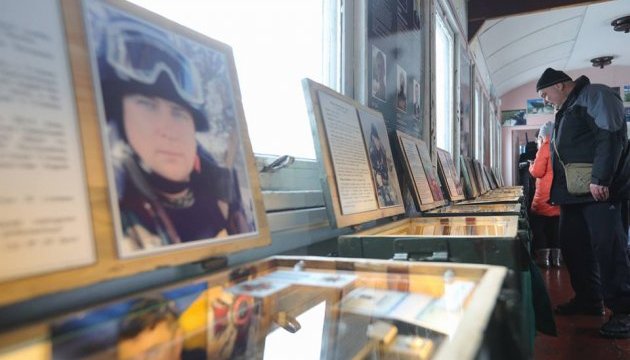 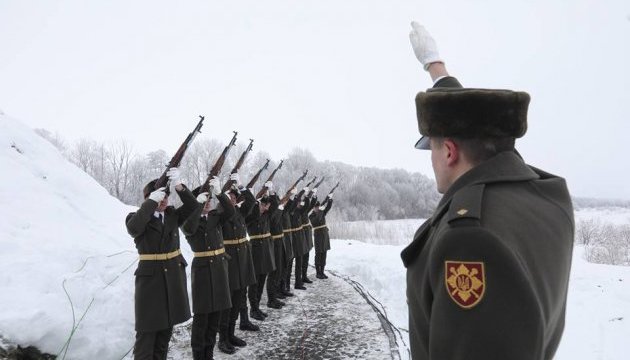 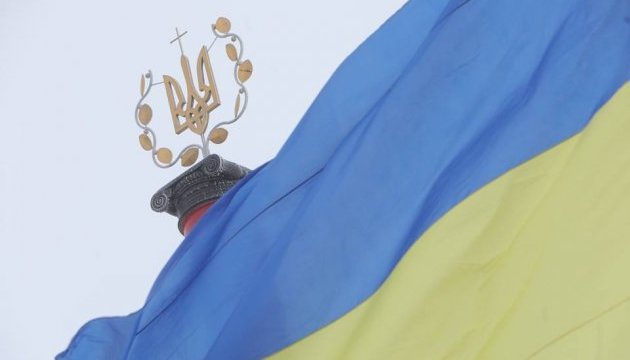 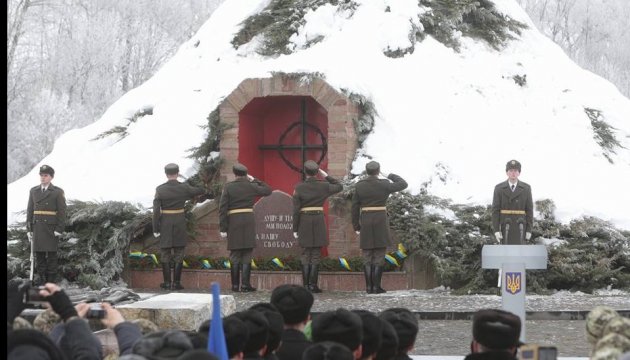 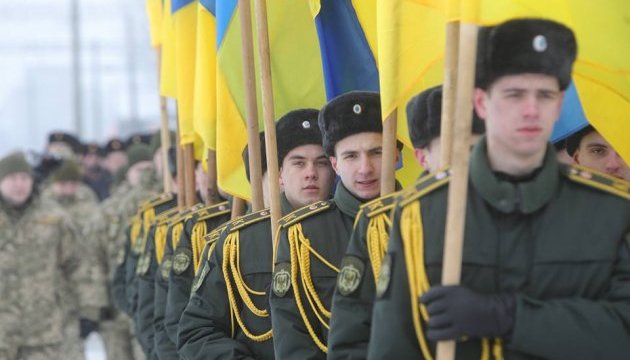 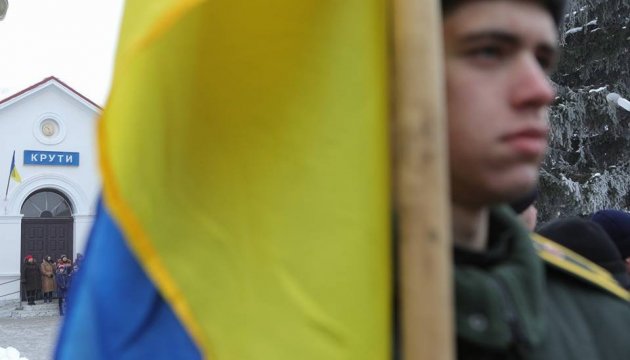 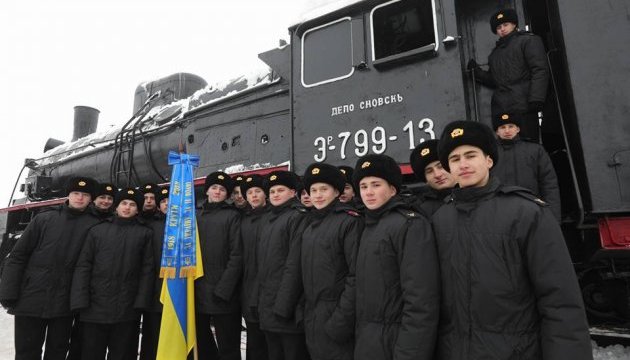 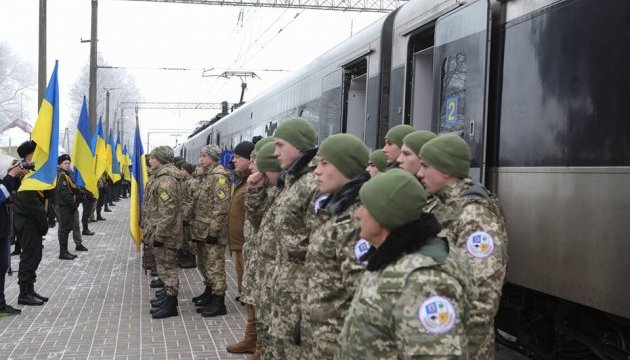 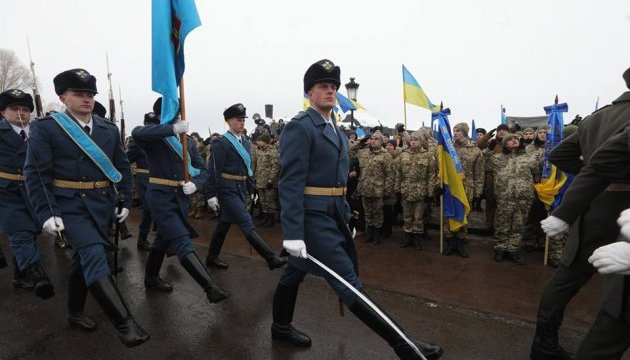 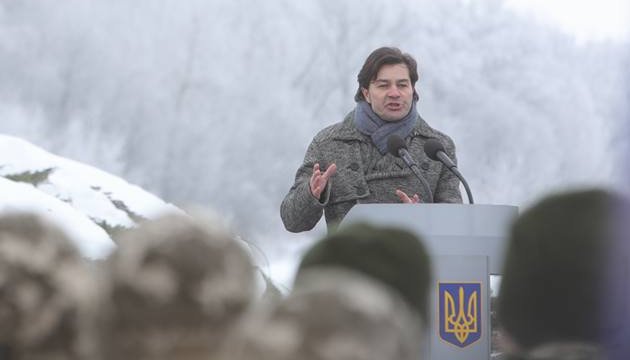 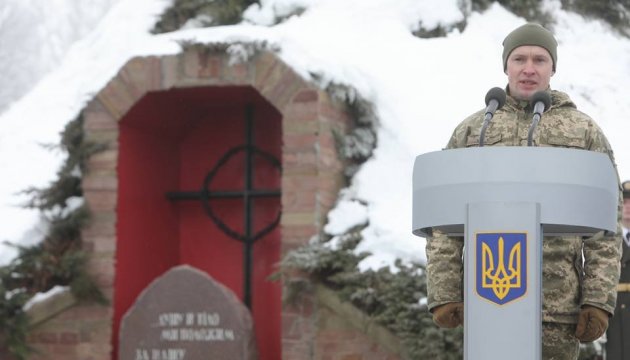 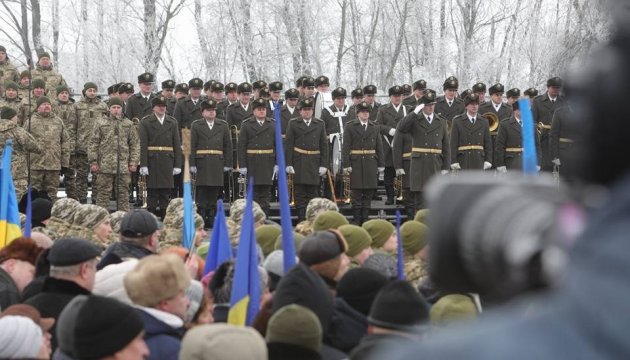 For a long time, the most combat-ready Ukrainian part in Chernihiv region was the combat division of the 1st Ukrainian military youth school of Averkiy Honcharenko. On January 25-27, together with other military units and volunteers, they heroically defended the Bakhmach railway junction in Chernihiv region. Under the threat of being surrounded, the defenders had to retreat to the Kruty railroad station, where they started to fortify their positions.

On January 28, in Bakhmach, both Soviet armies merged. They were commanded by Mikhail Muravyov. The Bolsheviks began to move toward Kyiv. The next day, at the Kruty station, their offensive was stopped by Ukrainian units, which were supported by students of the Kyiv youth military school named after Bohdan Khmelnytsky and the student kuren (hovel) of the Sich Riflemen. Cadets of the youth school, students and high school students had bad weapons, but they were joined by about 80 volunteers from the units of the Free Cossacks from Nizhyn.

On January 29, 1918, 520 Ukrainian soldiers and young students armed with 16 machine guns and a cannon were stationed on the railroad platform in Kruty. There were ten times more Russians, who had armored trains and artillery.

The UPR troops near Kruty were commanded by Averkiy Honcharenko. Thanks to the favorable position and heroism, Ukrainians managed to hold off the offensive until the darkness, but under the pressure of the enemy Ukrainian troops retreat to the echelons and moved toward Kyiv, destroying railway tracks. One group of students - 27 men, who lost their way at night, returned to the Kruty station, which at that time was already occupied by the Bolsheviks. They were captured. The men were tortured and then executed. Subsequently, almost all heroes were buried on Askold's Grave in Kyiv.

According to various estimates, from 70 to 100 Ukrainians were killed near Kruty. The Bolsheviks lost up to 300 soldiers.