President of Ukraine Volodymyr Zelensky held a meeting with Federal Minister for Europe, Integration and Foreign Affairs of the Republic of Austria Alexander Schallenberg in Kyiv today, the president’s press service has reported.

“The president expressed hope that the new Austrian Government would continue to support Ukraine in countering Russian aggression and maintaining sanctions against Russia. Zelensky informed Schallenberg of the recent steps taken by the Ukrainian authorities to settle the situation in eastern Ukraine in a peaceful manner,” the report reads. 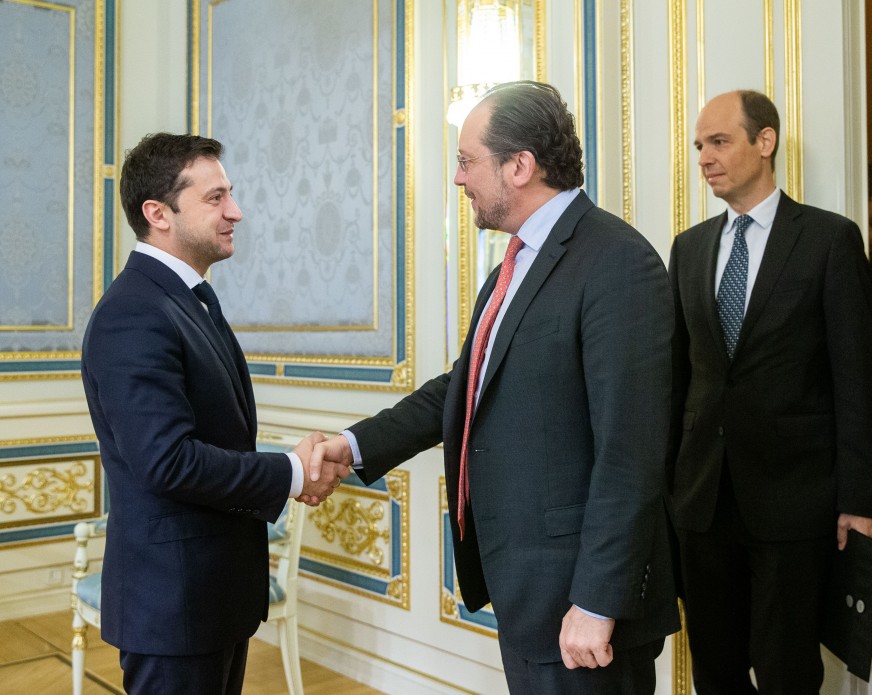 The head of state thanked for the recent decision by the Austrian Federal Government to allocate EUR 1 million to improve the humanitarian situation in Donbas. Important support from Austria in the implementation of internal reforms and the European integration course of Ukraine was also noted.

In addition, Zelensky called on Austrian businesses to increase investments in the Ukrainian economy, which now amount to more than USD 1.16 billion.

Zelensky also accepted the invitation of President of Austria Alexander Van der Bellen to make an official visit to Austria.