Ukraine and Russia have shown understanding that they need an agreement on sustainable gas transit to the European market.

Vice-President for the Energy Union Maroš Šefčovič said this in a statement in Brussels on Thursday following the trilateral talks with Russia and Ukraine on the future of gas transit to Europe.

“Concerning the duration of a future contract, volumes and the tariffs setting, we have had convergence of minds. We need an agreement on all three elements, as they are interlinked. The volumes are key for the tariffs setting. The duration of a future contract is important for investment into the Ukrainian transit system. For Ukraine, well-functioning transit with volumes for EU consumers is the most important issue. Russia puts emphasis on direct sales to Ukrainian consumers. These issues are to be discussed,” Šefčovič said. 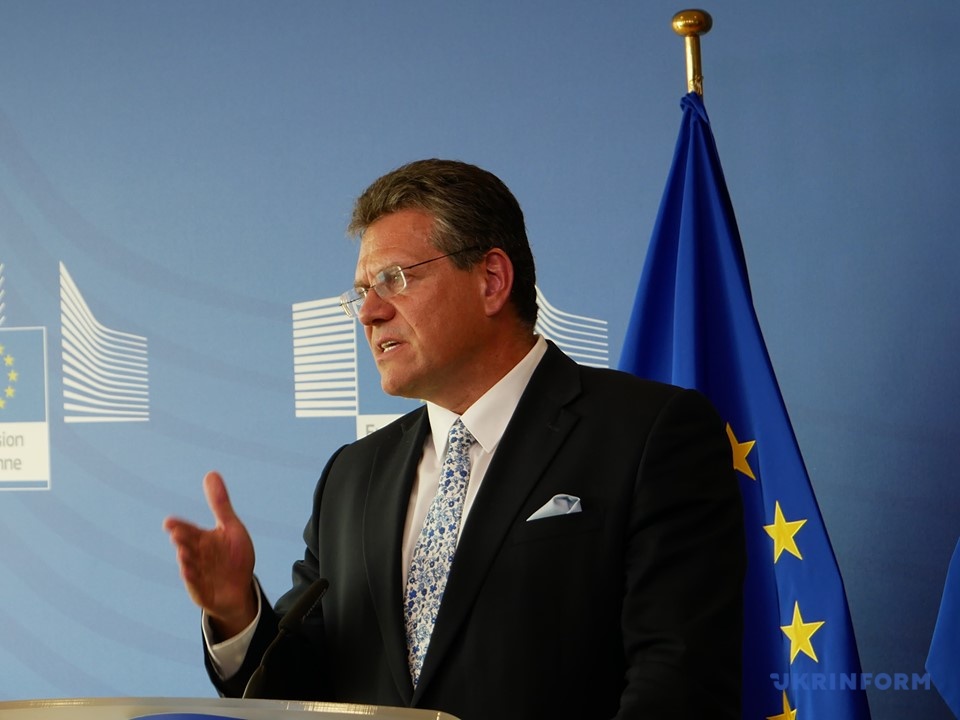 He appreciated presence of the Ukrainian independent energy regulator at the gas talks. It was useful to hear a clear explanation how EU legislation would be transposed, what it would mean for the tariff setting according to EU methodology under a future contract. “A few words on preparations ahead of this winter. I am glad to say that EU underground storage filling levels are very good – currently standing at 96 percent of full capacity. Ukraine's underground storage filling levels are also good – currently at around 19.6 bcm, almost 4 bcm above levels in September last year,” he said.

“Now the next steps: We have agreed that there will be an inter-ministerial consultation with the two companies participating to hammer out the remaining interlinked issues. We would resume at political level by the end of October when, I hope, we will have more progress on the remaining issues. We will remain in contact in the meantime. With Ukraine, we will work closely on the unbundling and certification process as well as on the transposition of EU legislation into the Ukrainian law,” Šefčovič said.

As Ukrinform reported, the 3d round of the EU-Ukraine-Russia talks on Russian gas transit to the European market through the territory of Ukraine was held in Brussels on Thursday, September 19.