On the Day of Dignity and Freedom and the Day of Airborne Assault Troops of Ukraine, President Volodymyr Zelensky presented awards to military personnel and civilians.

Ukrinform reports this with reference to the president’s Telegram channel.

"Today we mark two holidays united by the bravery and freedom-loving nature of Ukrainians. And today I have an honor to present state awards to those whose bravery really protects the freedom of Ukraine and whose help in the defense of Ukraine is really worthy of mention in the history textbooks of our country," said Zelensky.

According to the president’s press service, the ceremony was held in the White Hall of Heroes of Ukraine in the Mariinsky Palace in Kyiv.

Zelensky thanked all units of the Airborne Assault Troops and families of warriors. 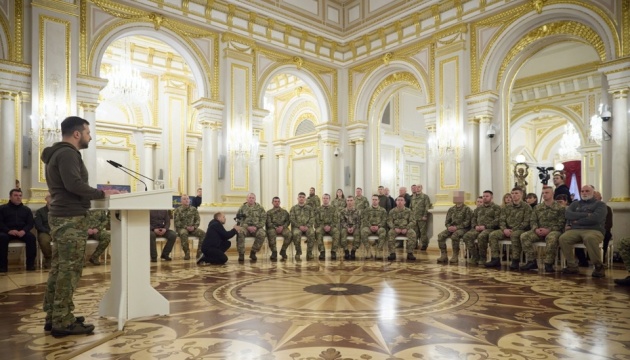 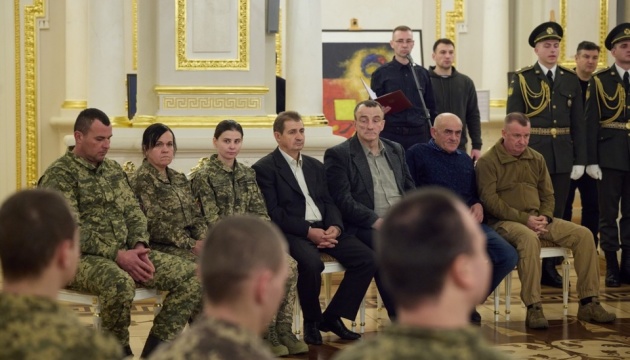 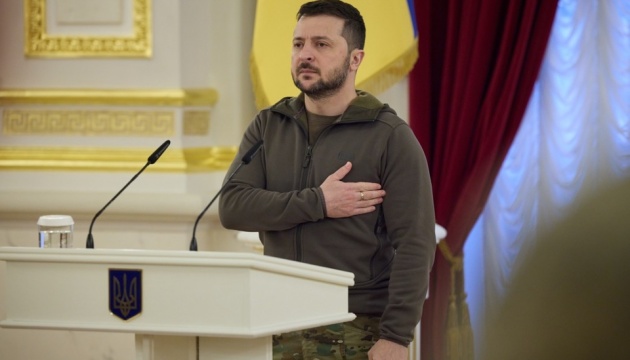 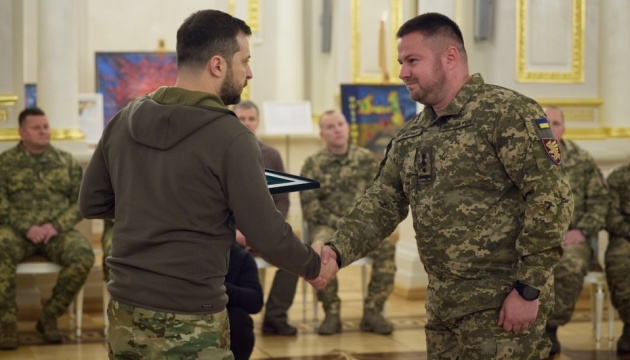 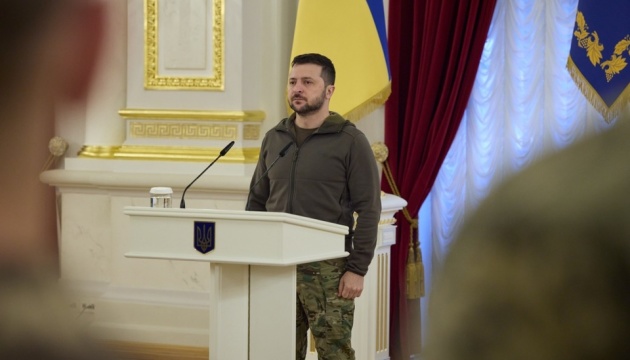 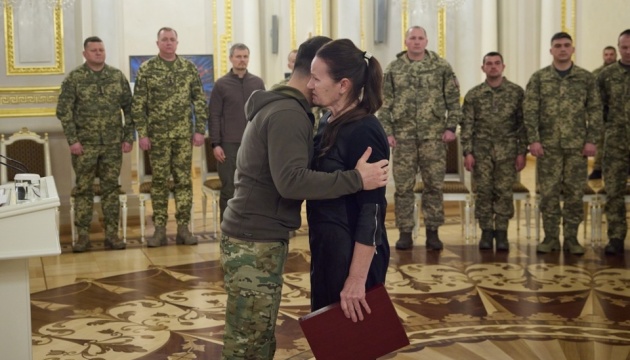 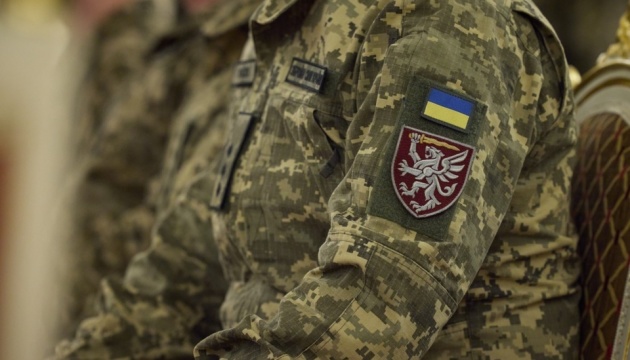 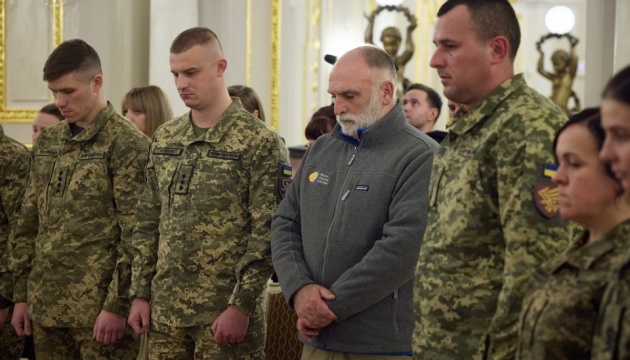 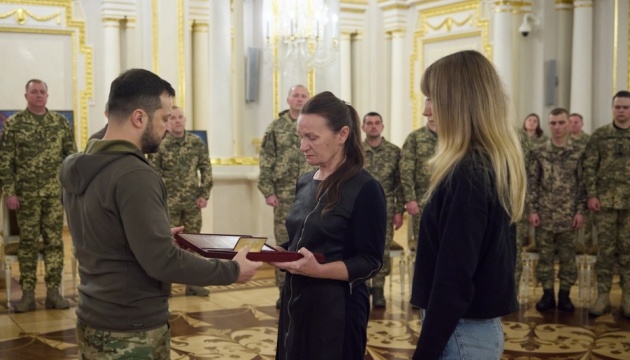 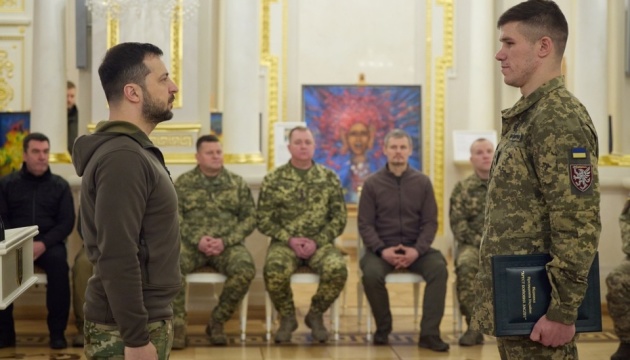 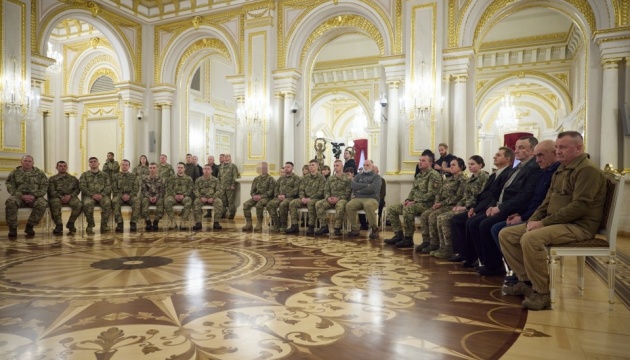 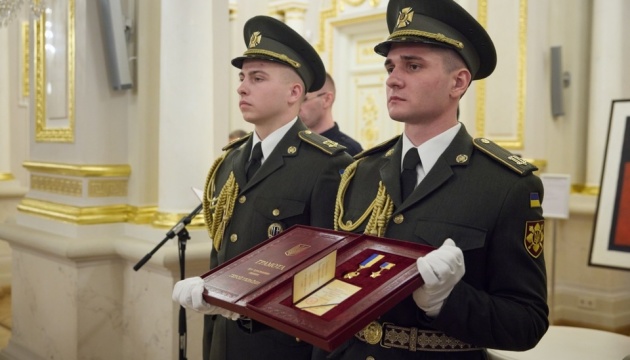 "The liberation of the Kyiv region and Zhytomyr region, Kharkiv region and Kherson region, solid defense of the Donetsk region and Luhansk region - all this shows the courage and professionalism of the Airborne Assault Troops of the Armed Forces of Ukraine. And I am sure that the day will come when we will thank the Ukrainian paratroopers for their heroic contribution to the liberation of Donbas and the entire south of our country," he said.

According to him, now the enemy has lost the initiative and felt that the defense forces of Ukraine can liberate all our land.

"The enemy already knows that the Ukrainians are stronger. And this happened thanks to the fact that our entire people stood up for the defense of our state, as well as because decent people in the world help us," the President emphasized.

"We must continue to maintain our common strength and our resilience in order to achieve the main goal - the liberation of the entire Ukrainian land and all our people. I am sure that it will be so," Zelensky added.

According to the president’s press service, those present honored the memory of defenders who gave their lives for Ukraine with a moment of silence.