Exhumation procedures, taking place in the forest near the Kharkiv region’s Izium, are near completion. A total of 436 bodies of those who had fallen victims to the Russian armed aggression were recovered.

The relevant statement was made by Kharkiv Regional Military Administration Head Oleh Syniehubov on Telegram, an Ukrinform correspondent reports.

“Today the exhumation of bodies at the mass burial site in Izium is being completed. A total of 436 bodies were recovered. Most of them bear signs of a violent death, and 30 bodies have signs of torture,” Syniehubov wrote. 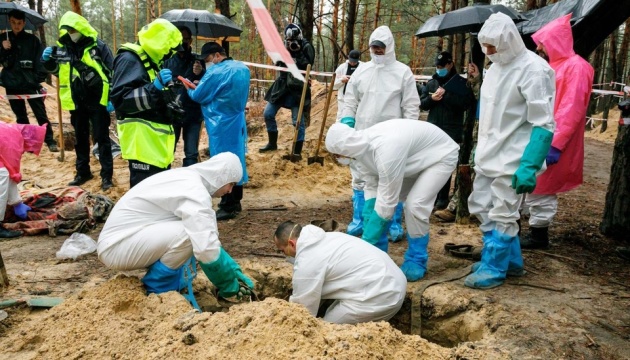 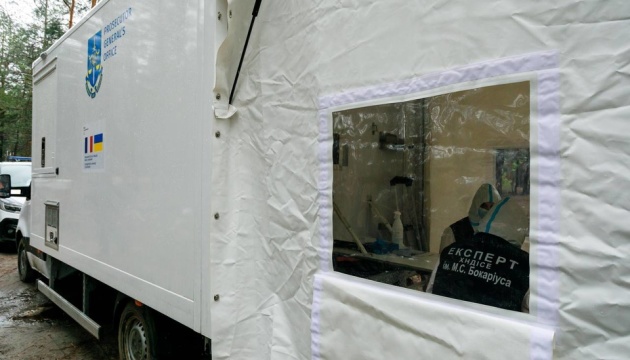 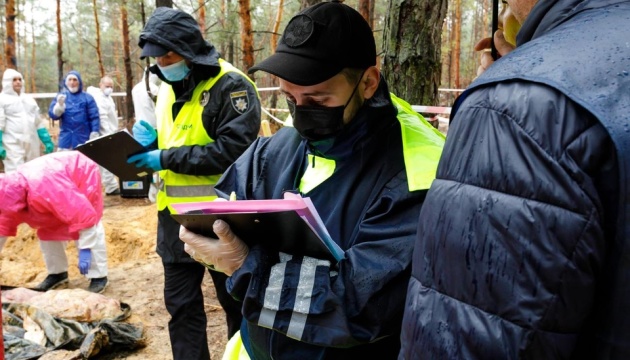 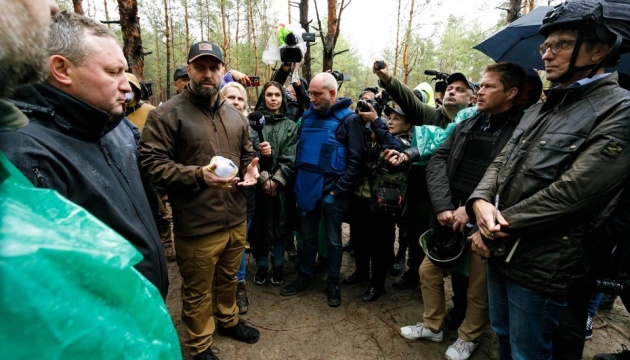 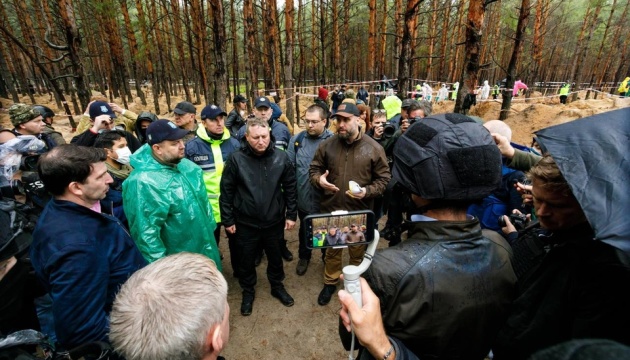 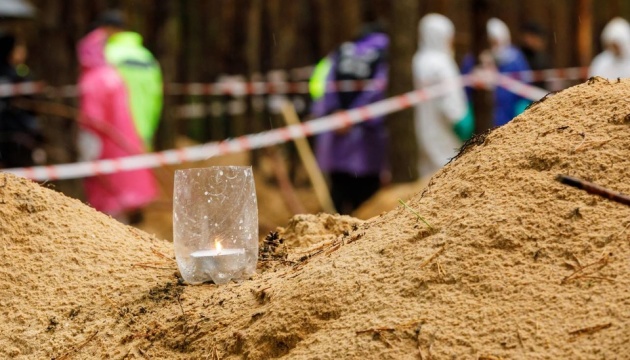 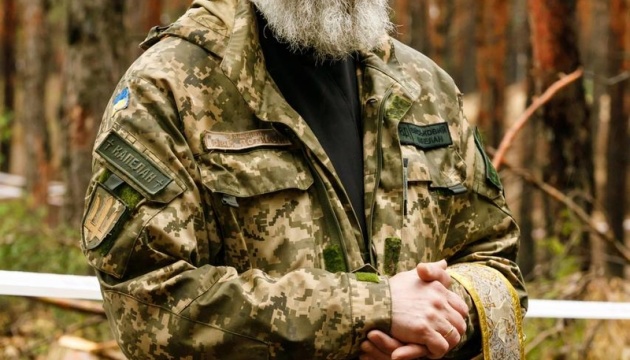 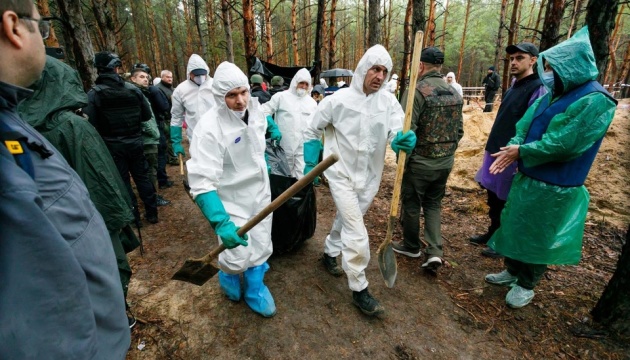 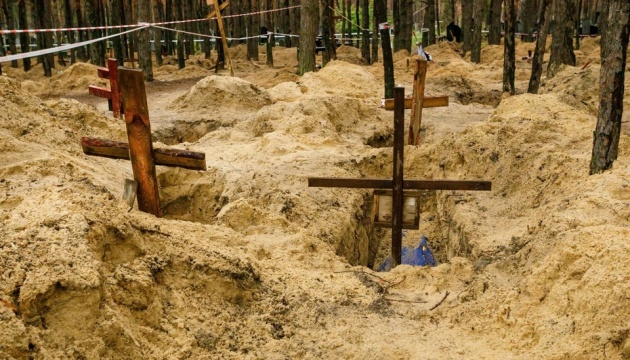 Earlier, law enforcement agencies reported some victims had been found with a rope around their neck, with their hands tied, limbs broken and with gunshot wounds.

“Several men had their genital organs amputated. All of this is evidence of horrible tortures used by [Russian] occupiers against Izium residents. Most bodies are those of civilians, and 21 of the military,” Syniehubov noted.

About 200 professionals were working at the scene: forensic experts, police officers, prosecutors and rescuers.

“Unfortunately, it is not the only mass burial site in Izium. At least three more similar sites have been discovered in this district. There are also burial sites in other areas liberated in the Kharkiv region. Examination and demining efforts are now underway,” Syniehubov added.

A reminder that the Armed Forces of Ukraine liberated the Kharkiv region’s Izium from Russian invaders on September 10, 2022. The city had been under Russian occupation since early April 2022.