Metropolitan of Kyiv and All Ukraine Epiphanius has met with U.S. Secretary of State Mike Pompeo to discuss challenges to the Orthodox Church of Ukraine (OCU), in particular, in the territories of Donbas and Crimea temporarily occupied by Russia.

The meeting took place on Friday, January 31, as part of Pompeo's visit to Kyiv, the OCU's press service reported.

"The meeting was held on the territory of St. Michael's Golden-Domed Monastery, which is the administrative center of the local Orthodox Church of Ukraine. It was preceded by a joint ceremony to commemorate the fallen defenders of Ukraine - laying flowers at the Memory Wall," the report said. 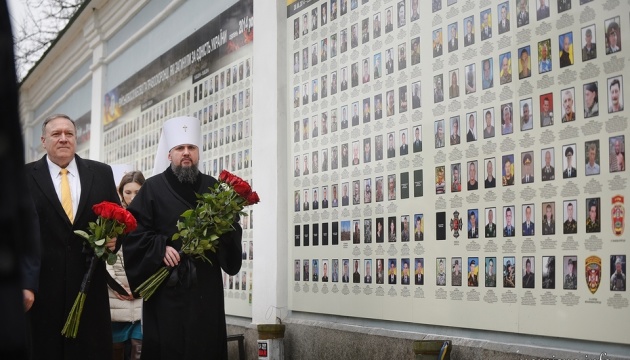 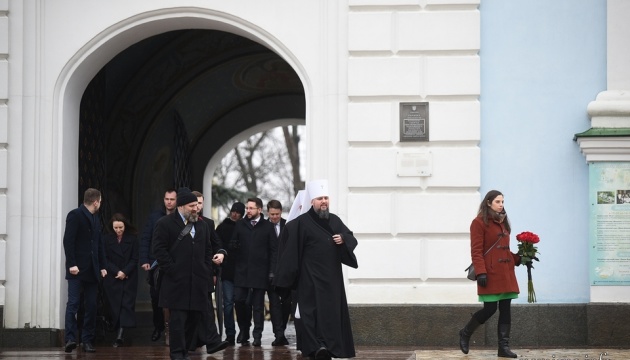 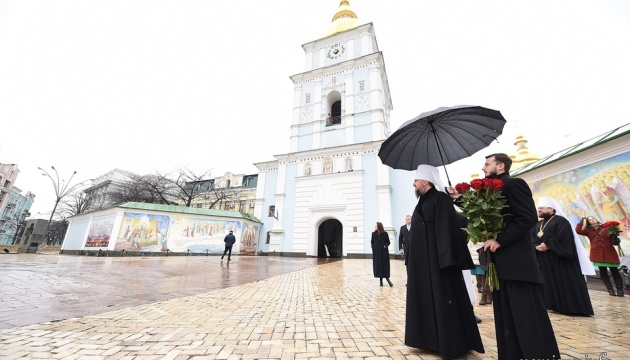 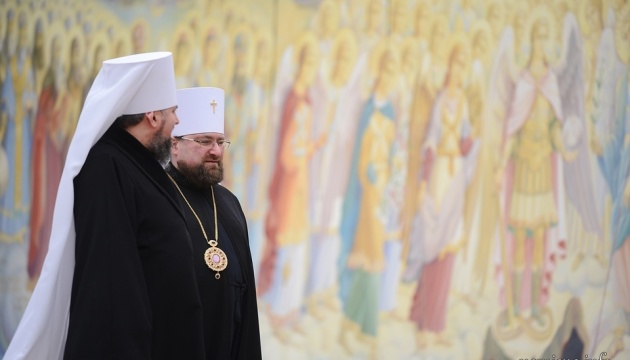 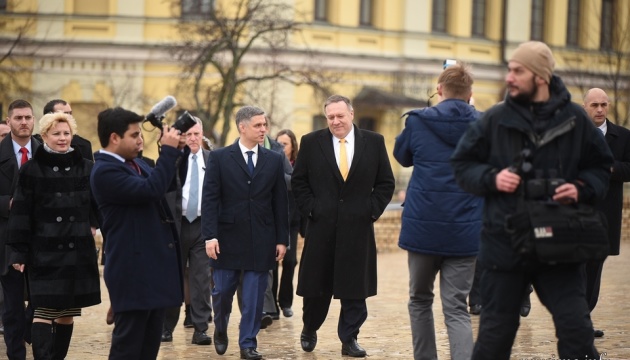 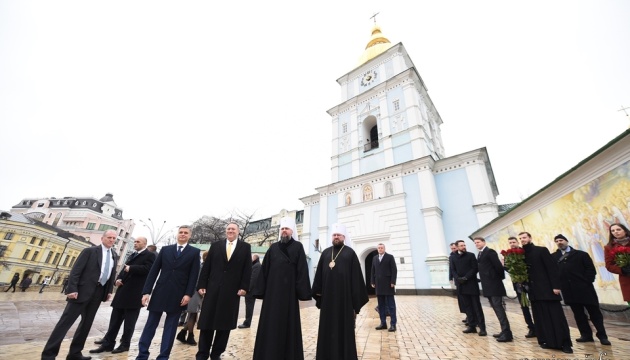 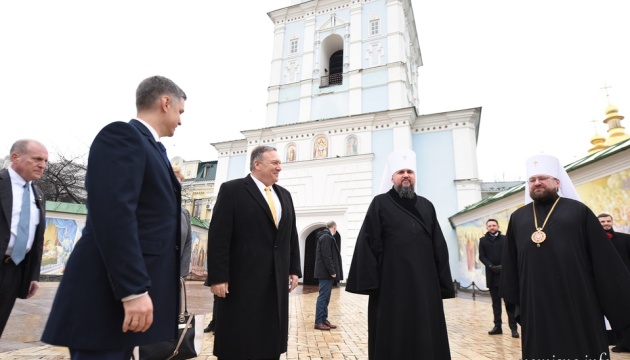 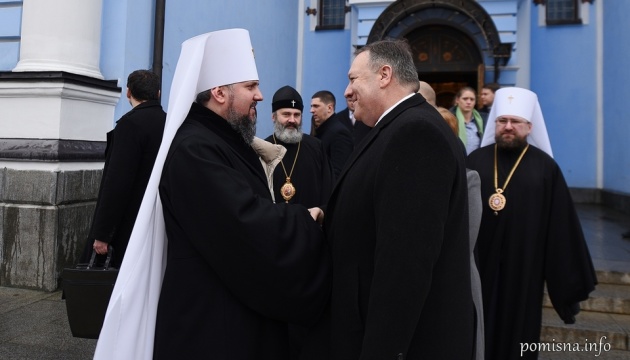 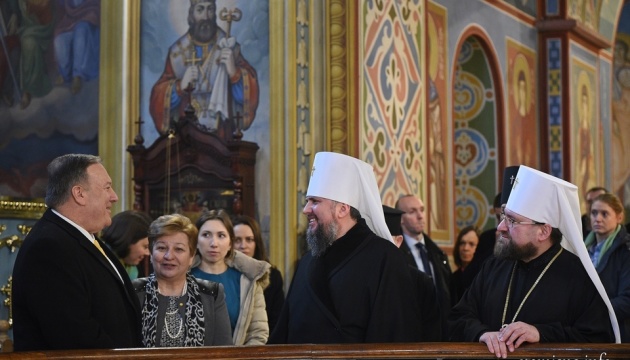 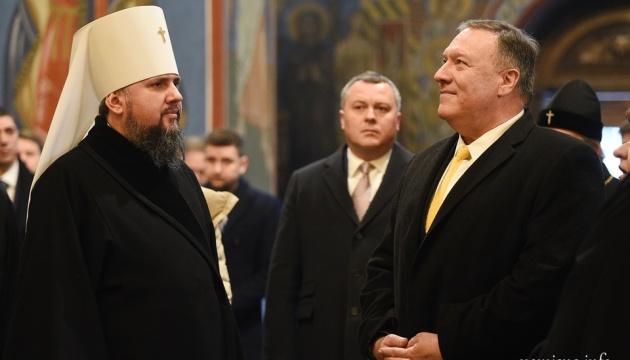 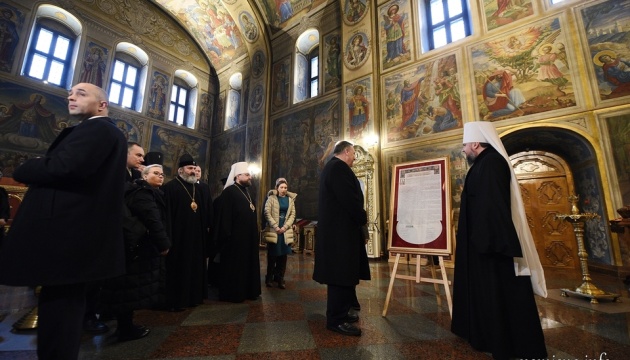 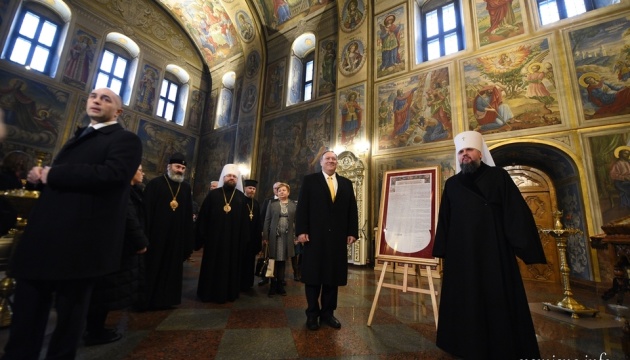 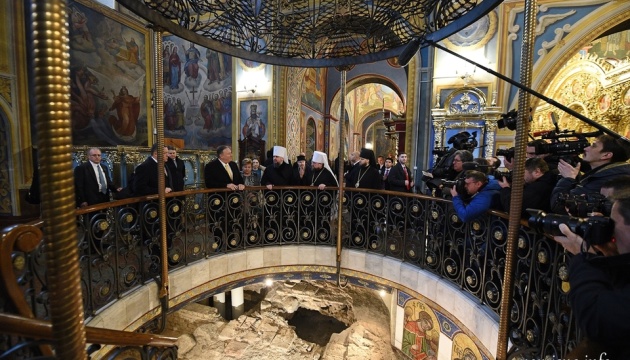 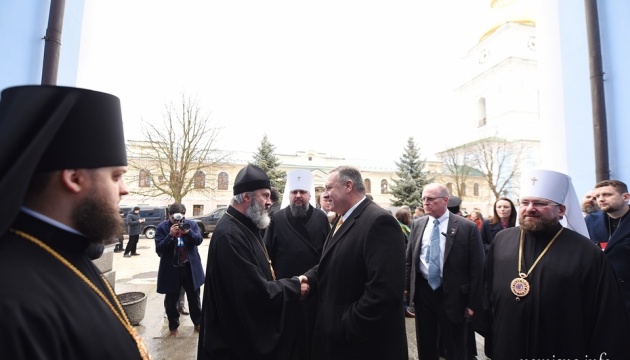 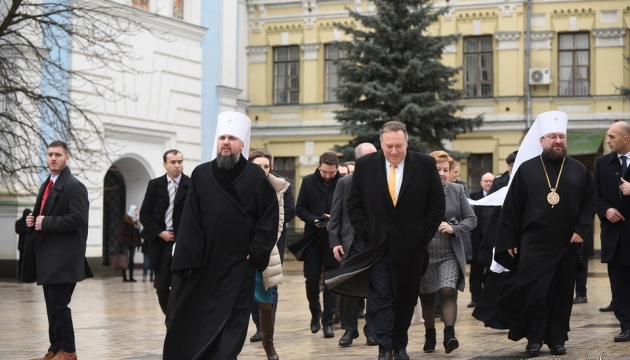 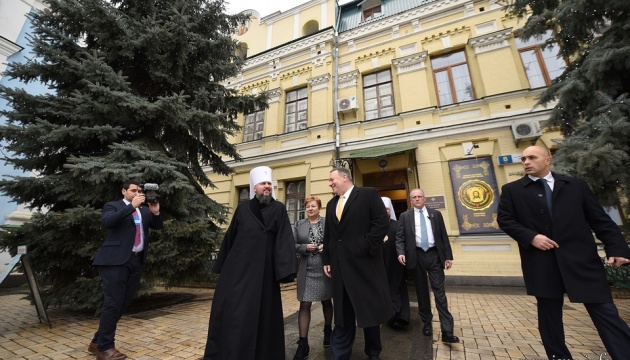 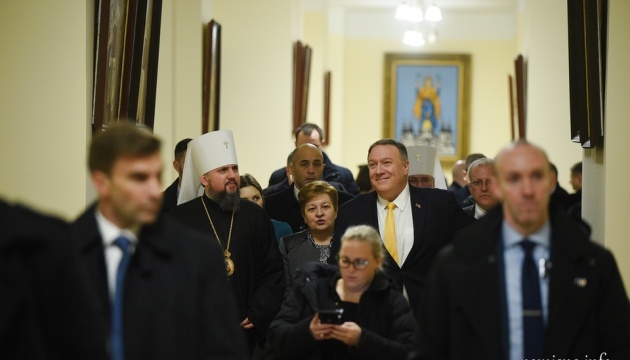 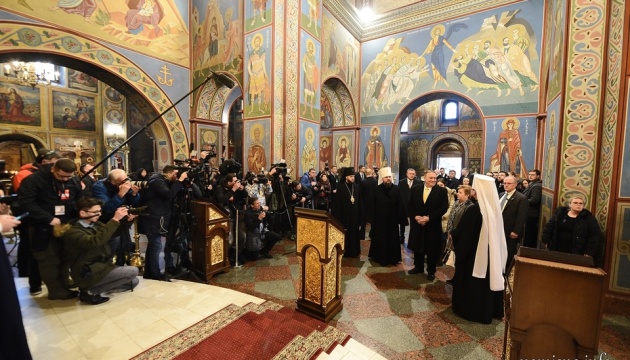 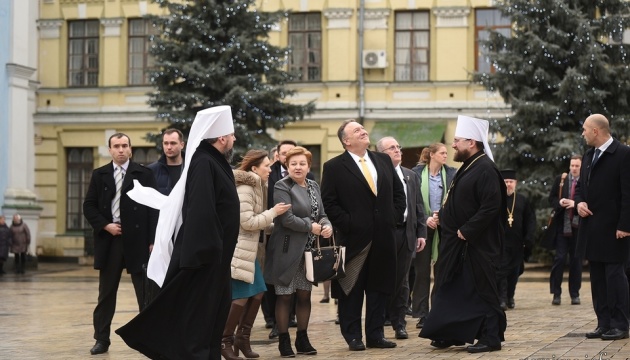 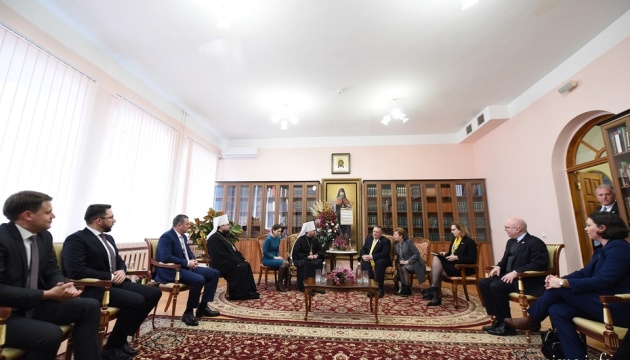 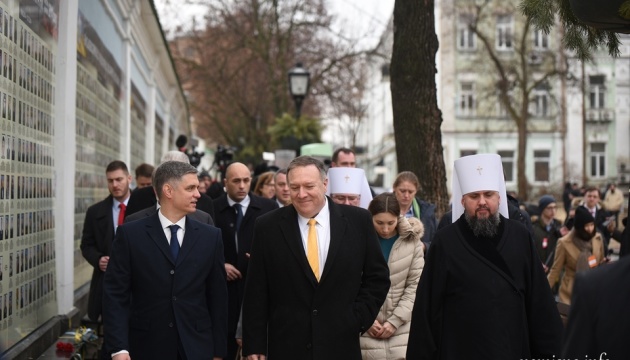 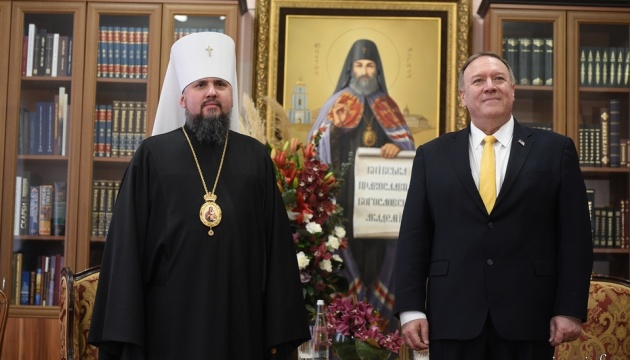 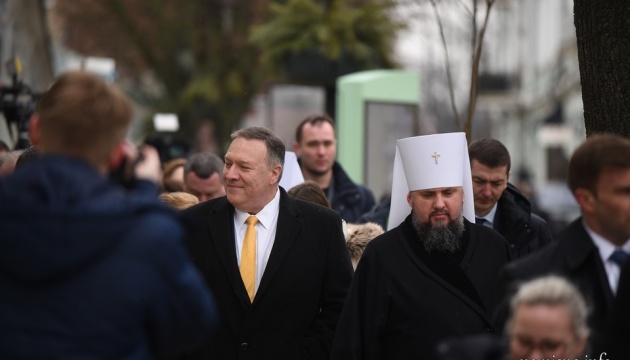 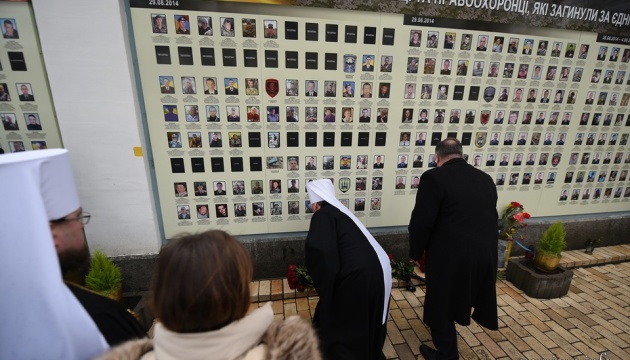 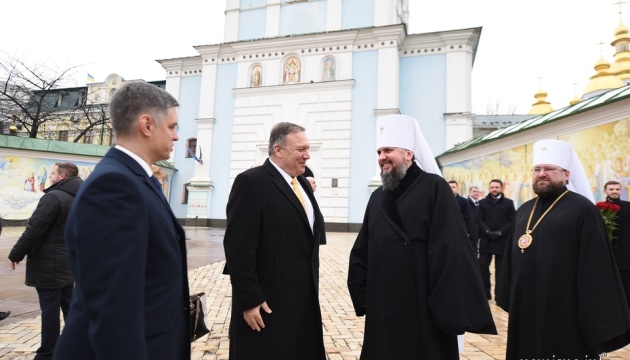 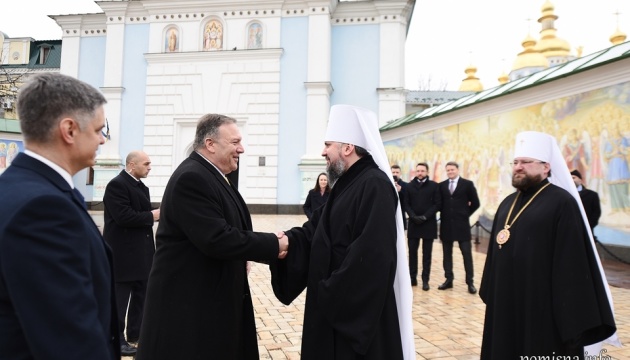 It notes that Epiphanius briefed Pompeo on the establishment of the OCU, interaction with society and the state, as well as the expansion of the OCU's international relations. Particular attention was paid to challenges facing the OCU in the territories of Donbas and Crimea temporarily occupied by Russia.

Epiphanius thanked the U.S. side for the firm and reliable support of Ukraine both in the context of counteracting external challenges that Ukraine continues to face, as well as on the path of state formation and democratic reforms.

The sides also agreed on further support for bilateral contacts, especially in the area of protection of freedom of conscience and religion.

Pompeo is on a two-day visit to Kyiv to highlight U.S. support for Ukraine's sovereignty and to discuss European security issues with President Volodymyr Zelensky.