President of Ukraine Petro Poroshenko and Prime Minister of Ukraine Volodymyr Groysman took part in the ceremony of laying flowers at the Tomb of the Unknown Soldier in the Park of Eternal Glory in Kyiv.

As an Ukrinform correspondent reports, leaders of various religious denominations and war veterans also participated in the ceremony.

May 9, Ukraine marks the Day of Victory over Nazism in World War II. 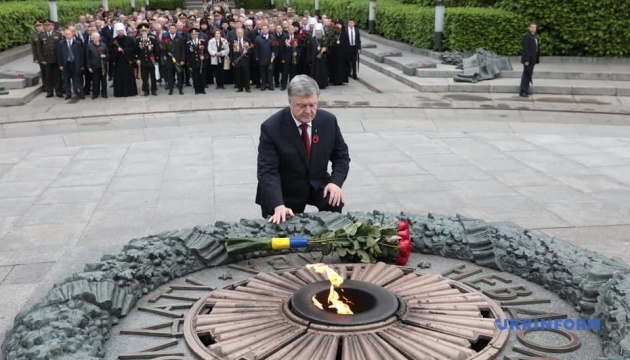 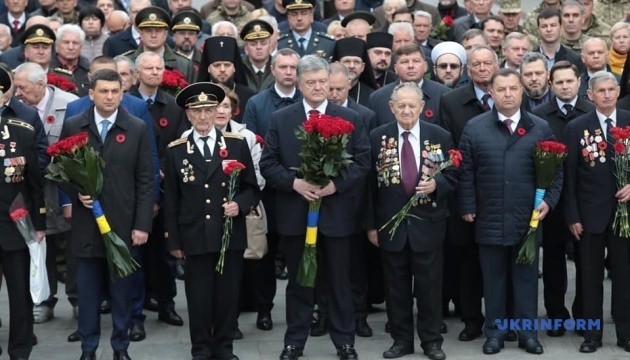 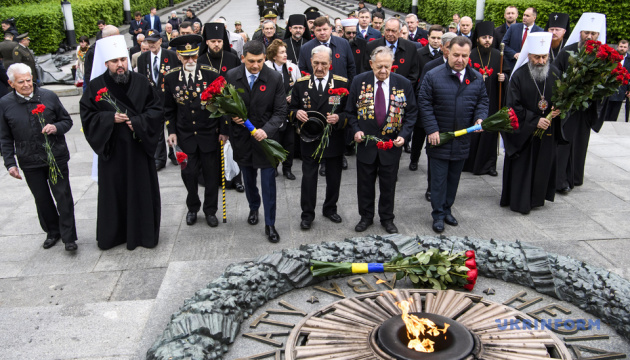 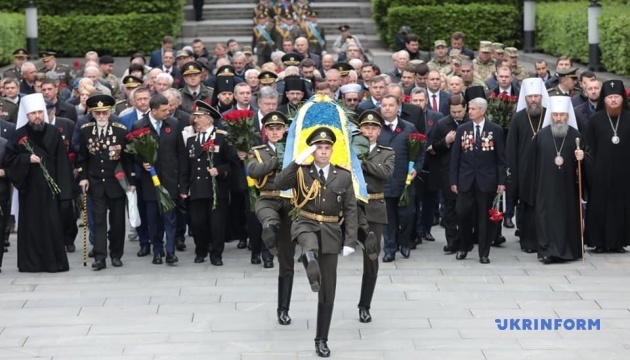 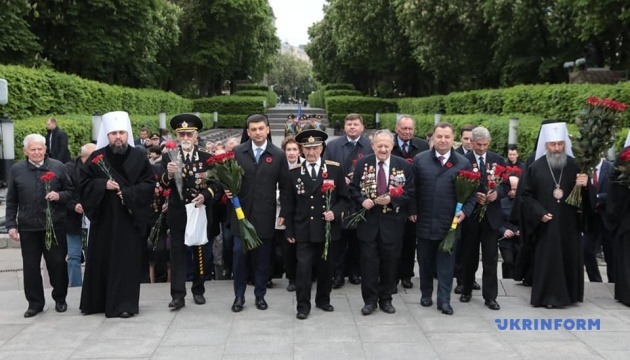 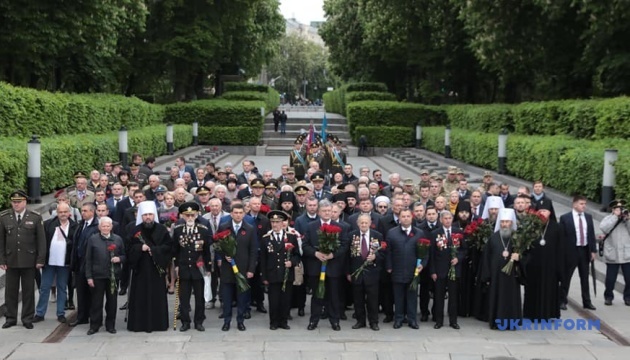 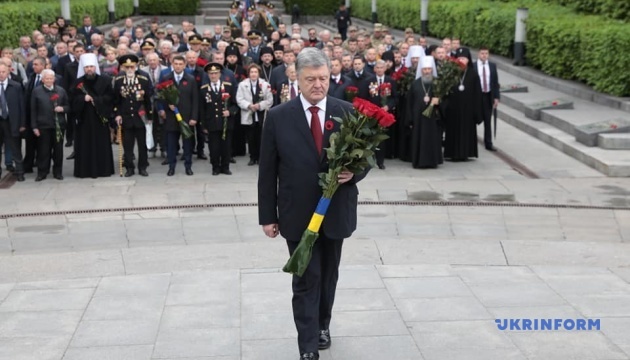 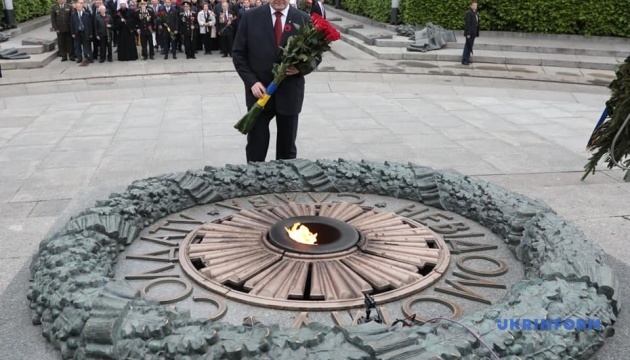 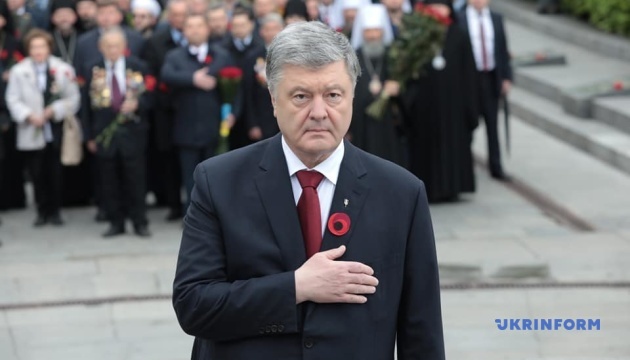 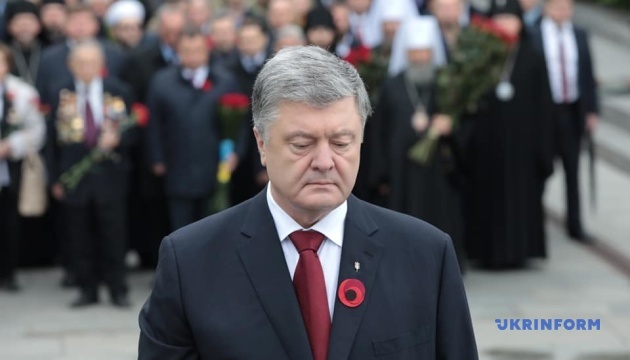 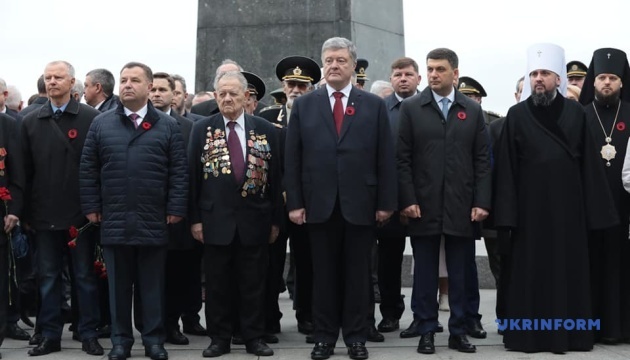 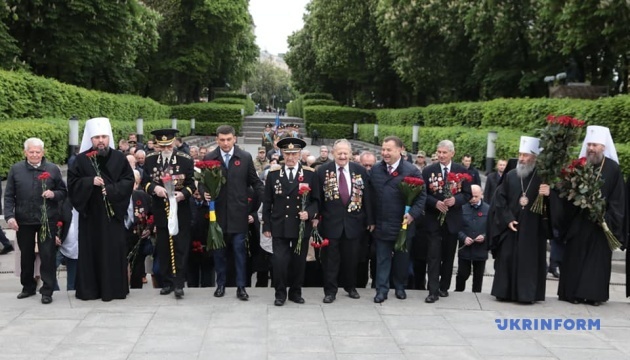 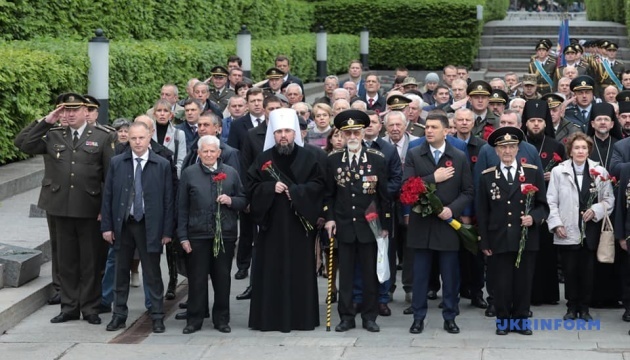 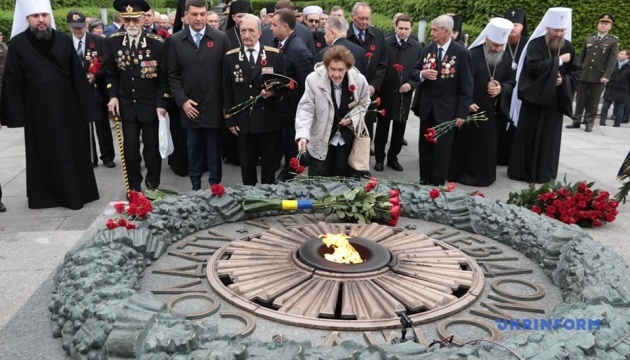 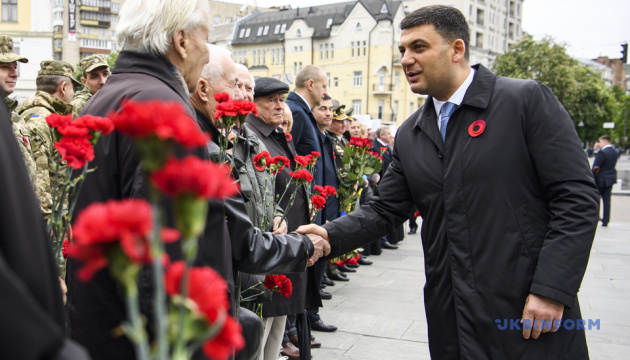 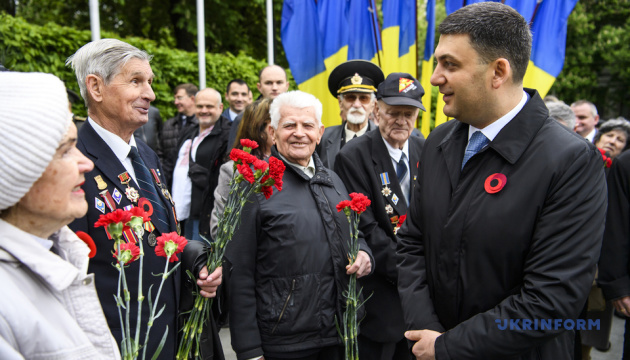 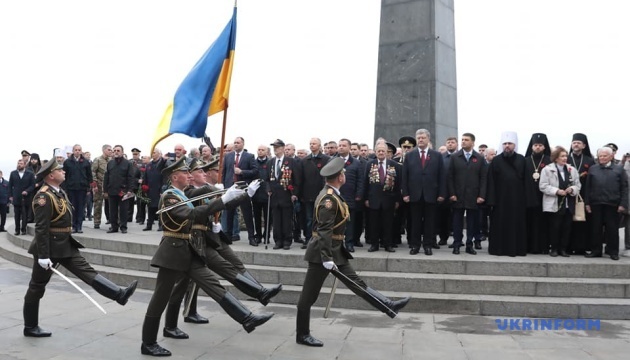 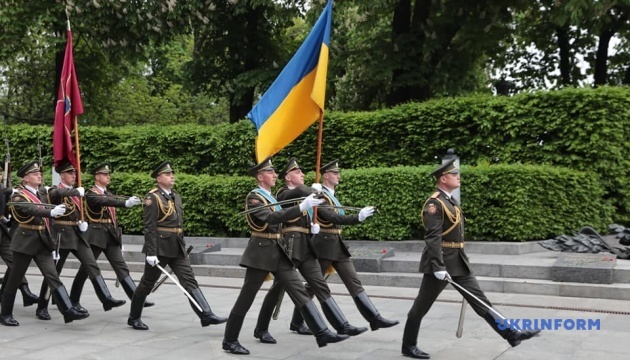 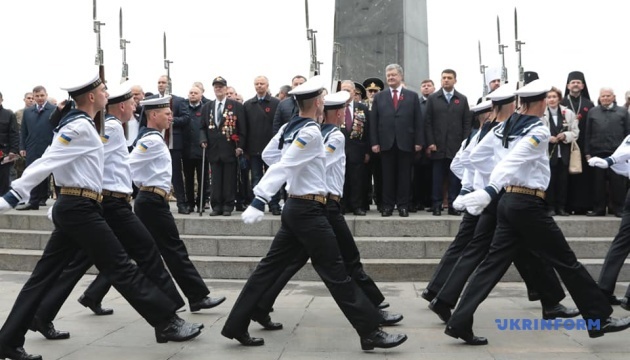 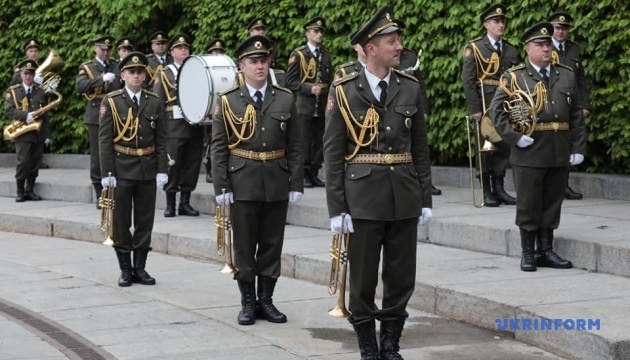 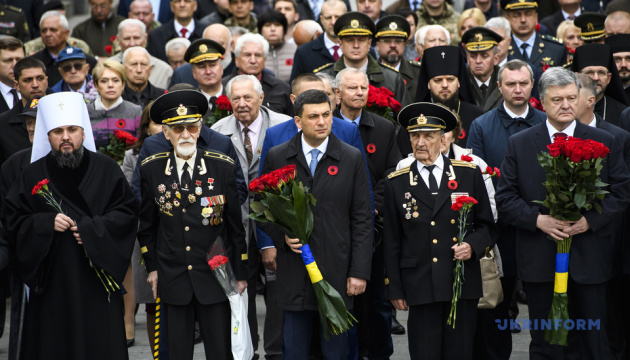 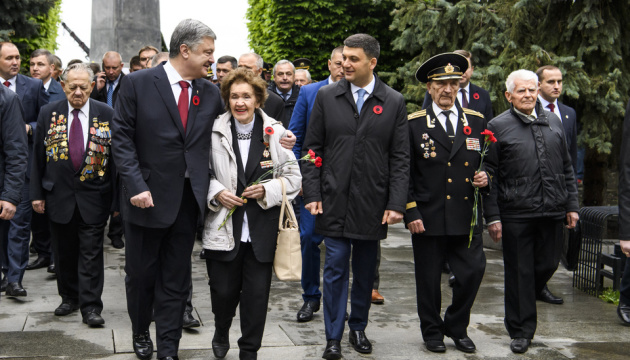 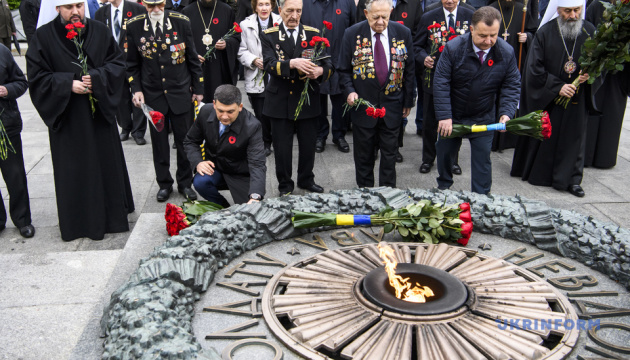 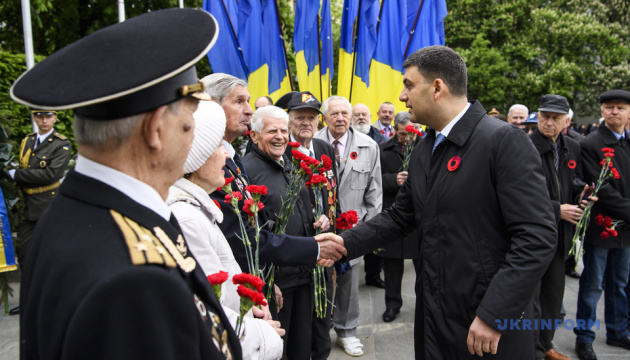 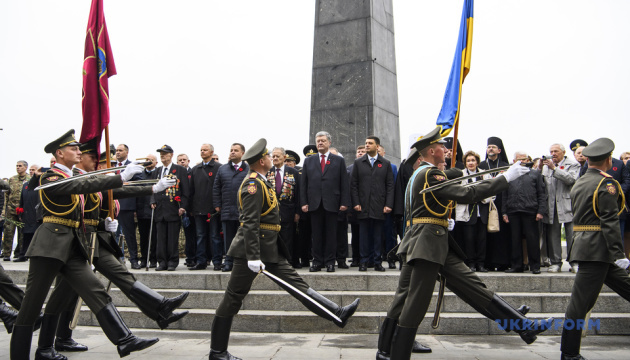 The commemorative events are held in the capital and other cities of Ukraine on this day.