President of Ukraine Volodymyr Zelensky is holding a meeting with President of the Republic of Lithuania Gitanas Nausėda as part of his official visit to Ukraine.

The official meeting ceremony of the leaders took place at the Mariinsky Palace in Kyiv on March 18, an Ukrinform correspondent reports.

During the solemn ceremony, the national anthems of the Republic of Lithuania and Ukraine were played. The presidents walked by the guards of honor. The official delegations of Ukraine and Lithuania were presented. 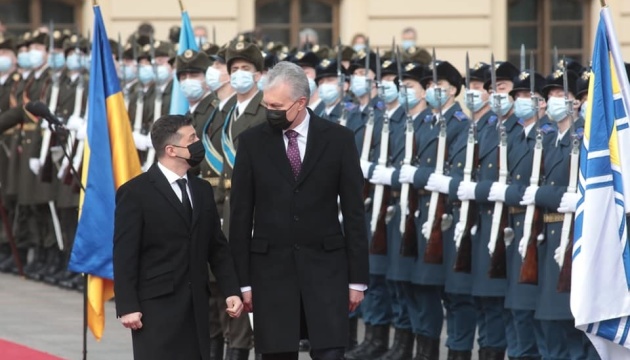 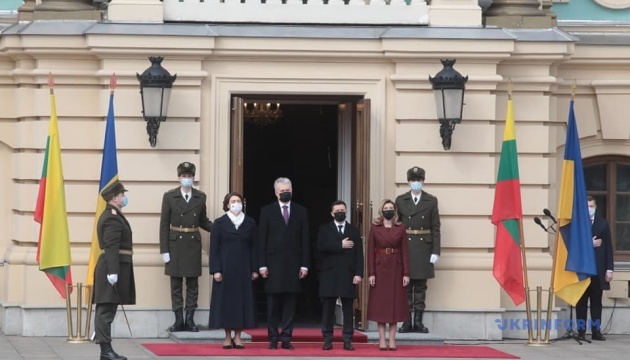 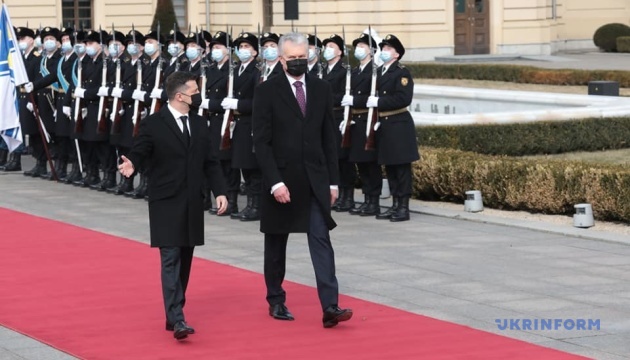 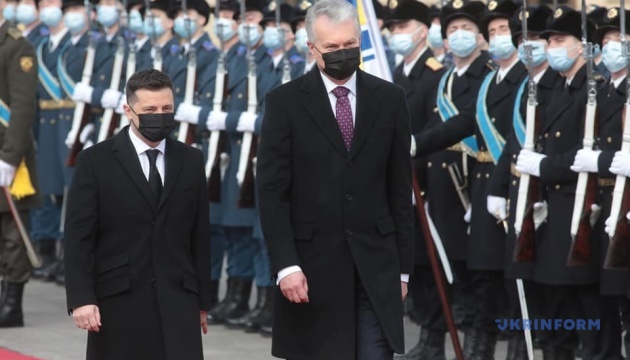 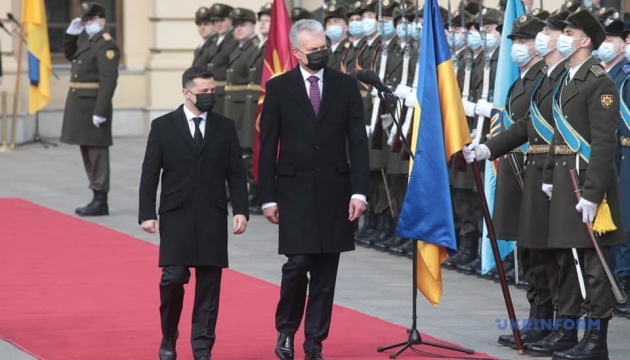 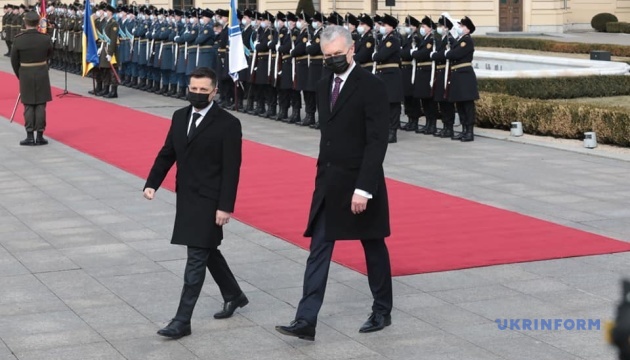 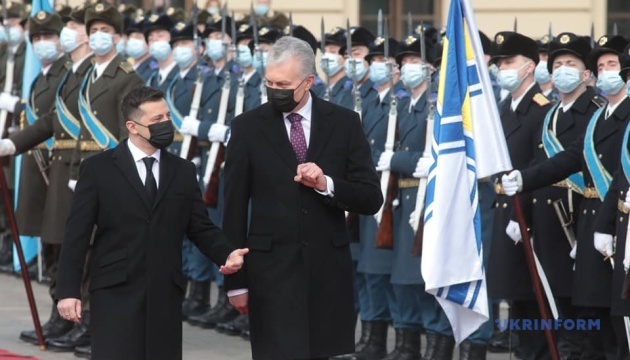 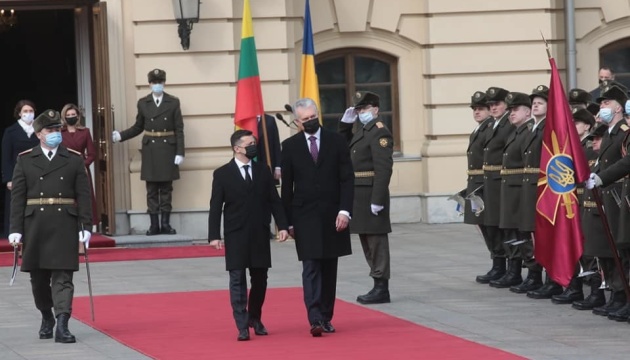 After the official ceremony, a face-to-face meeting between Volodymyr Zelensky and Gitanas Nausėda began.

Following the negotiations, bilateral documents will be signed and the presidents will communicate with the media.

In addition, Zelensky and Nausėda will chair a regular meeting of the Council of Presidents of Ukraine and the Republic of Lithuania.

The heads of state will also take part in the All-Ukrainian Forum "Ukraine 30. Small and Medium-Sized Business and the State", and greet the participants of the Ukrainian-Lithuanian Economic Forum "Economy and Pandemic: Crisis and New Opportunities".