Ukrainian President Volodymyr Zelensky has met with Turkish President Recep Tayyip Erdogan as part of his visit to Ukraine.

The ceremonial meeting was held on the square near the Mariyinsky Palace in Kyiv on Monday, February 3, according to an Ukrinform correspondent.

At the beginning of the ceremony, the anthems of the two countries were played. Zelensky and Erdogan then inspected a guard of honor.

The heads of state also greeted the official delegations of the two countries and started talks behind closed doors. 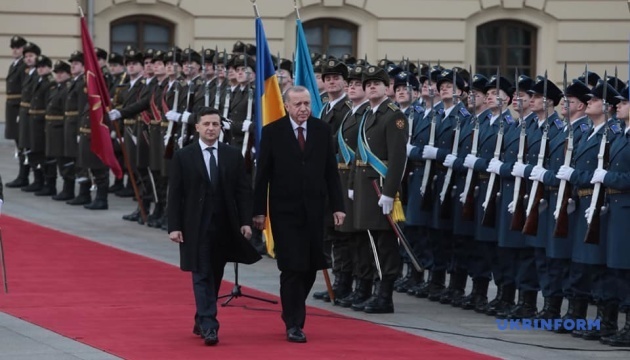 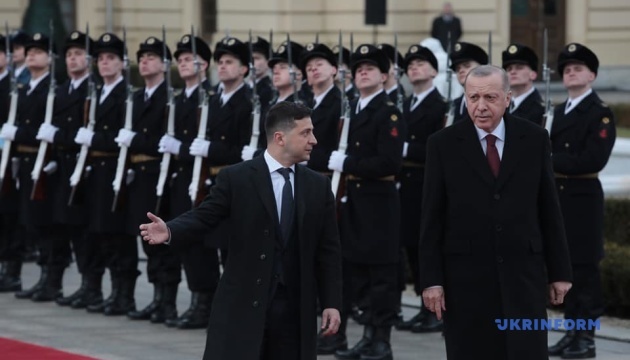 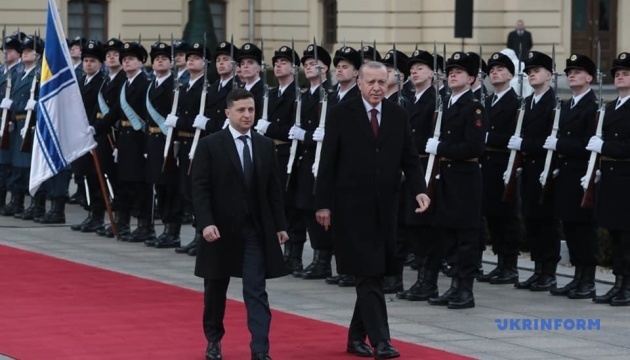 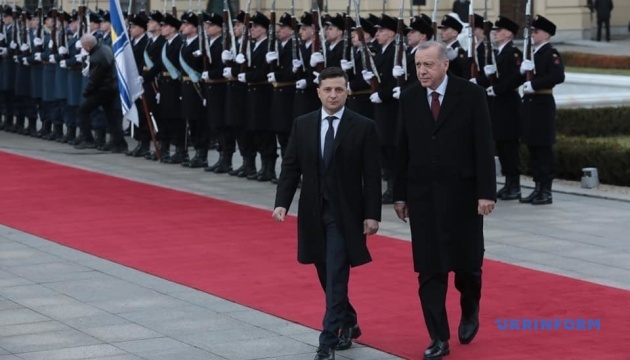 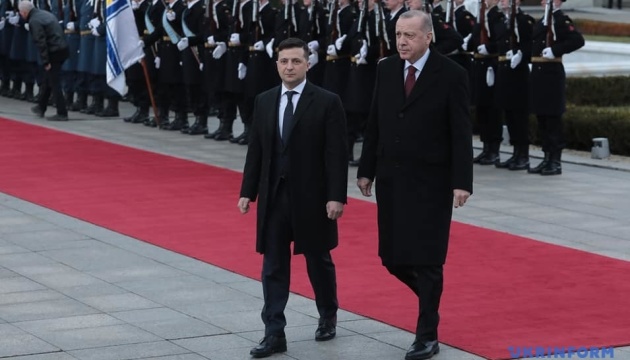 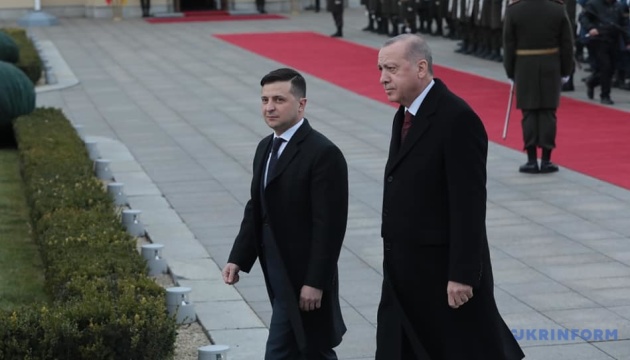 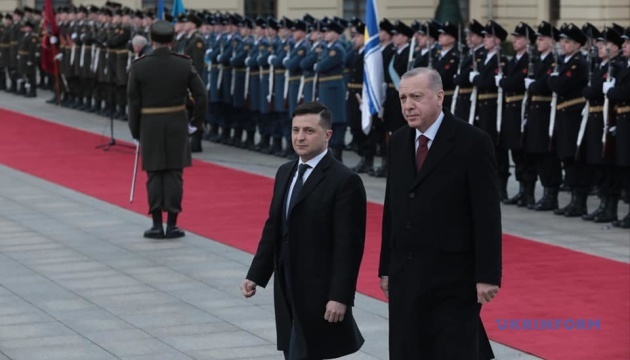 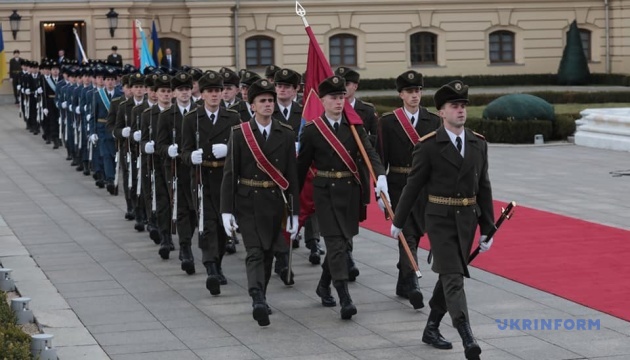 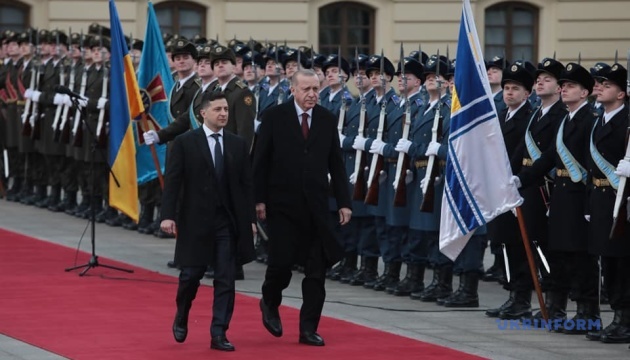 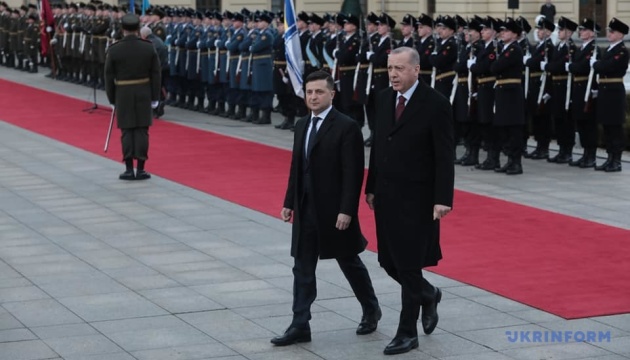 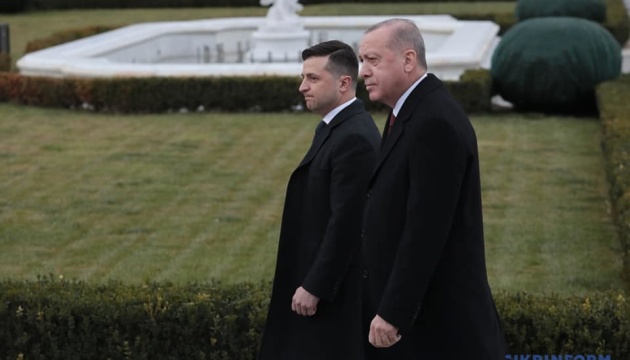 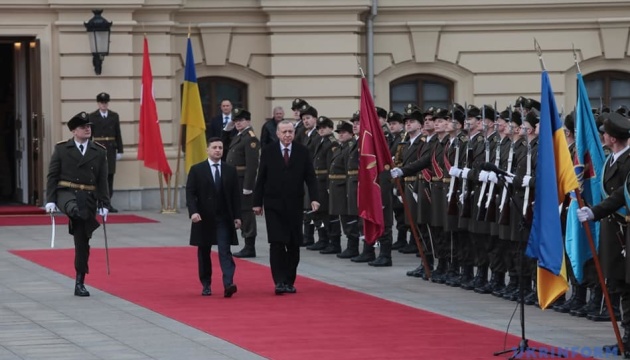 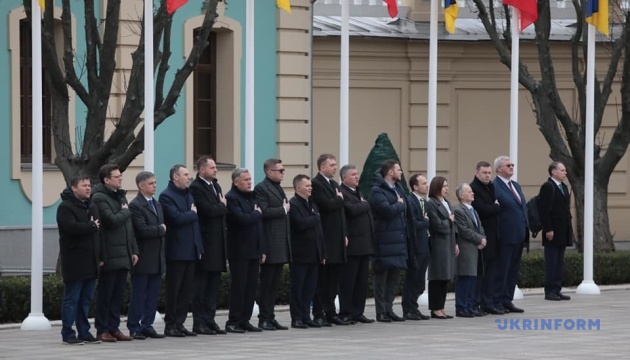 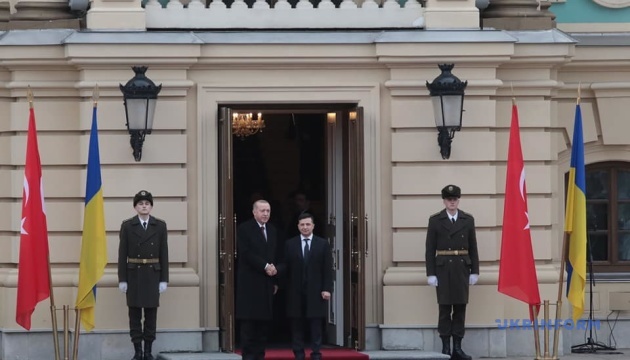 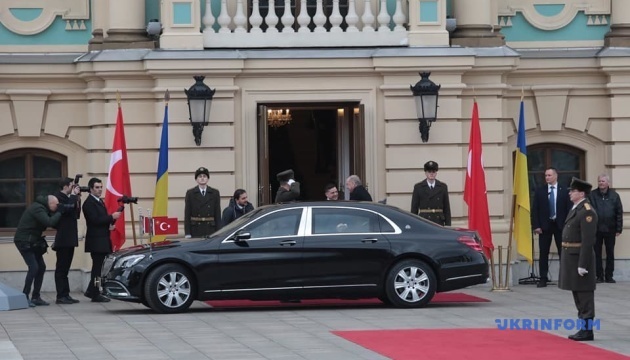 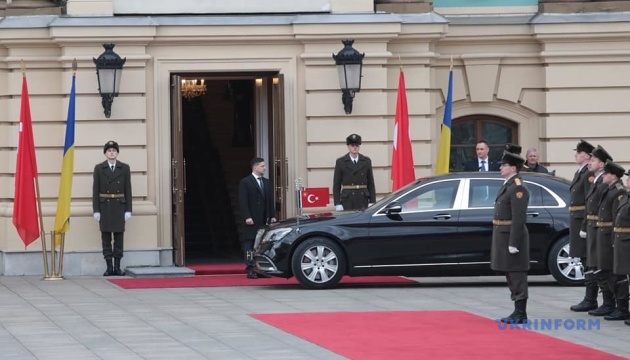 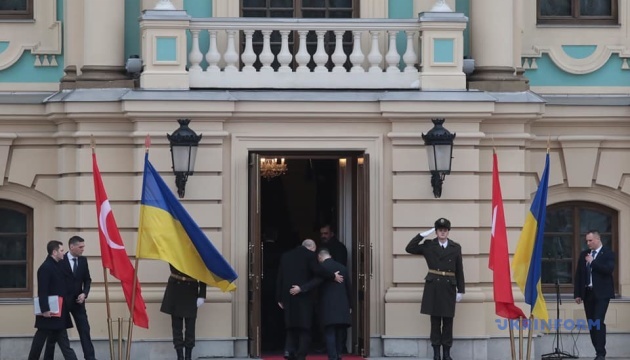 A number of bilateral documents are to be signed, and a press conference by Zelensky and Erdogan is to be held.

The presidents will also participate in a Ukrainian-Turkish business forum.