"President Poroshenko leads the Ukrainian nation in the struggle for independence and in its protection of the ideals, which America perceives as the universal truths, despite the attempts of destabilization and direct invasion," said Craig Snyder, President and CEO of the World Affairs Council of Philadelphia.

He stressed that the Ukrainian people fought the same kind of battle which the Americans once had fought in Philadelphia for the national independence and sovereignty. 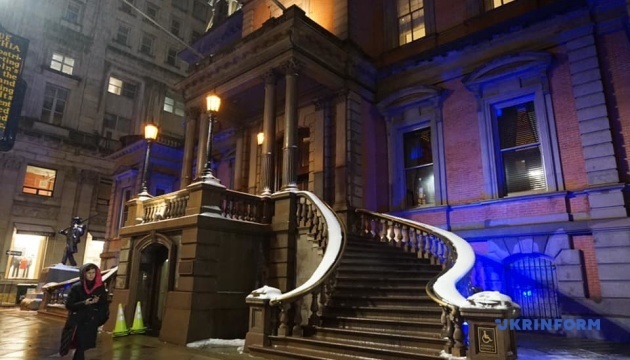 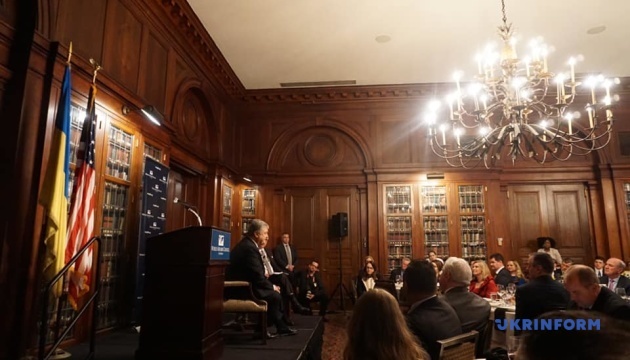 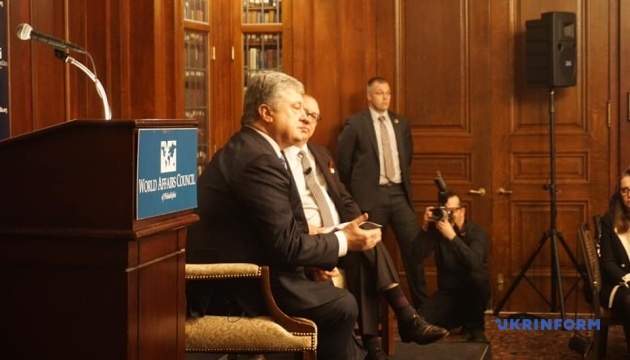 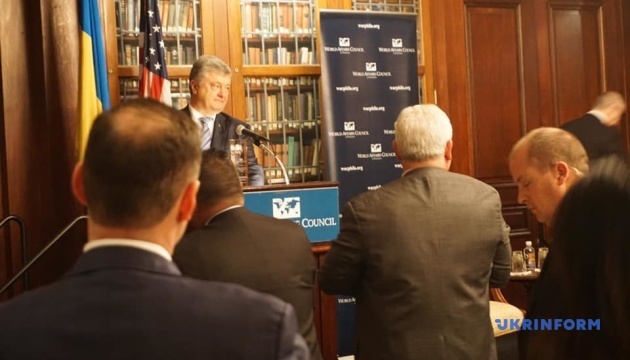 “In recognition of this vital activity of President Poroshenko and the efforts of the people of Ukraine, I have the honor to present him with the International Statesman Award,” Snyder said.

As the president of the World Affairs Council of Philadelphia noted, the organization presents this award not according to a clearly defined schedule but only when there is an understanding that the activity of a certain person meets the criteria of courage and vision at a certain moment.

In turn, President Poroshenko noted that he was deeply moved by this decoration and that it was a great honor for him and for the entire Ukrainian nation.

“I consider this decoration to be recognition of our common efforts, recognition of the progress we have achieved as the Ukrainian nation. It is a symbol of unity and solidarity with Ukraine,” he said.

Poroshenko told the audience that every citizen of Ukraine appreciated the fact that the United States stood shoulder to shoulder with Ukraine.

“We are proud of having stable bipartisan support in the US Congress, as well as the support of the Administration,” the President of Ukraine said.

The World Affairs Council of Philadelphia is a non-governmental organization founded in 1862 as a patriotic association in support of the policies of Abraham Lincoln. Now the members of this Philadelphia-based reputable club are prominent representatives of business, education, religion, culture, and art.