The official meeting ceremony took place on the square near the Mariyinsky Palace in Kyiv on Thursday, according to an Ukrinform correspondent.

It is planned that the Ukrainian and German leaders will discuss topical issues on the bilateral agenda, first and foremost, concrete steps to strengthen Ukrainian-German partnership.

It is expected that significant attention during the talks will be paid to the situation in Donbas, Russian-occupied Crimea, the Sea of Azov and the Kerch Strait, as well as the coordination of further joint steps to ensure the implementation of the Minsk agreements and the strengthening of the international coalition as part of counteracting ongoing Russian aggression. 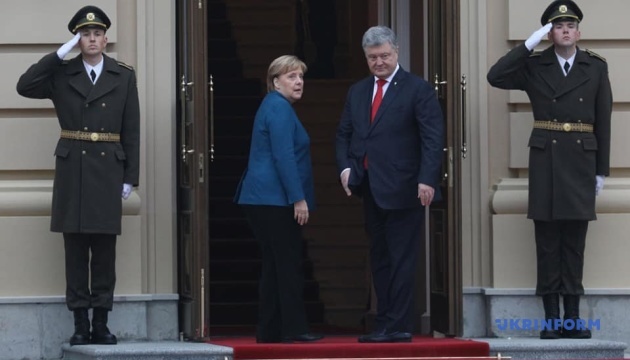 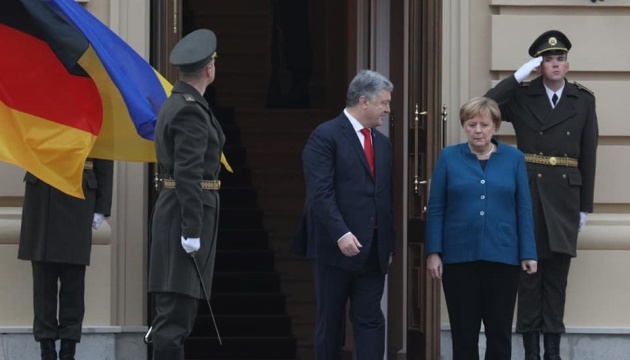 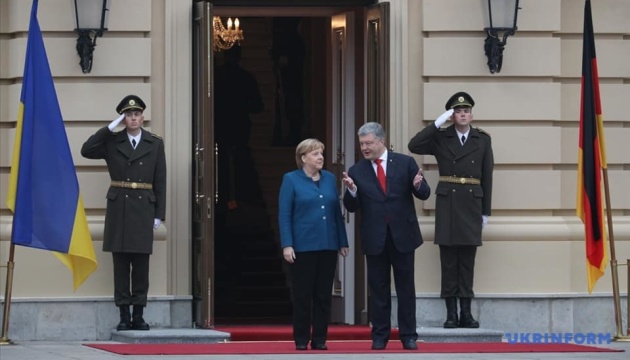 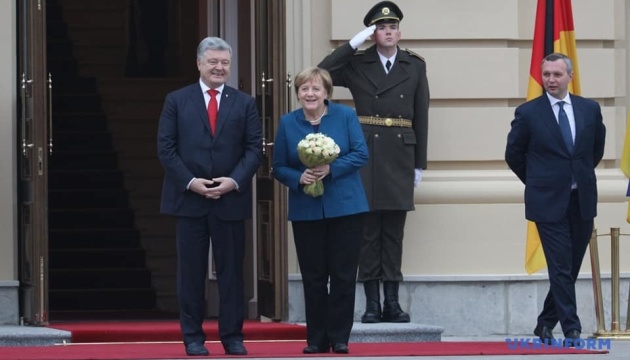 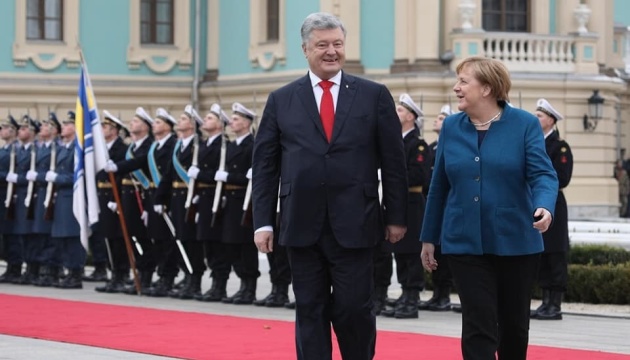 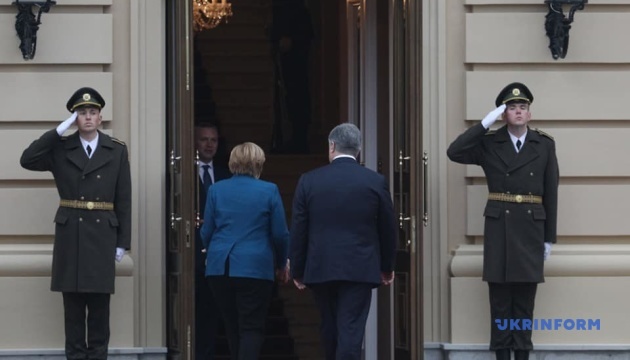 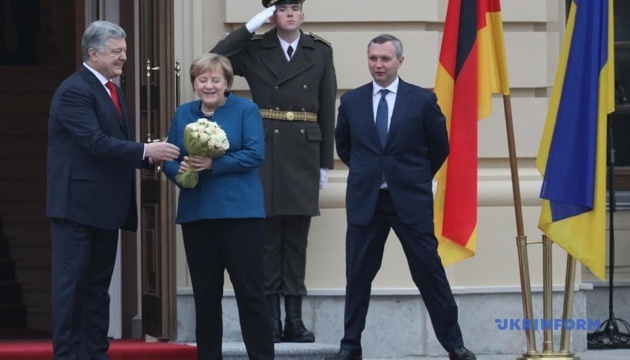 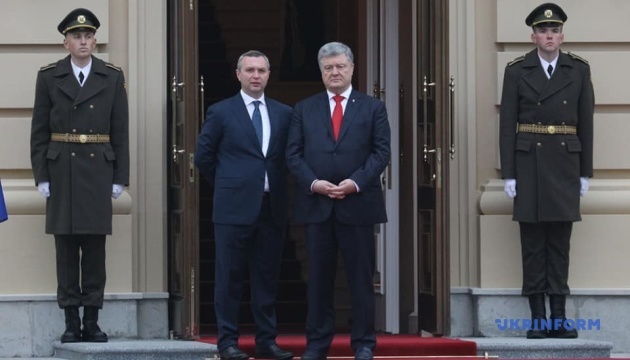 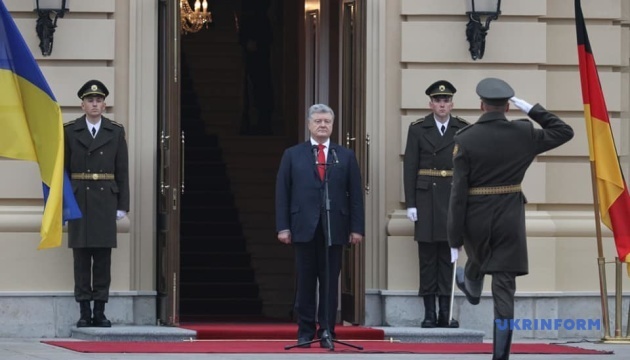 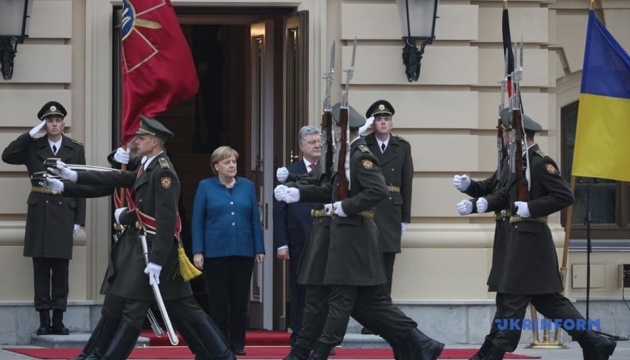 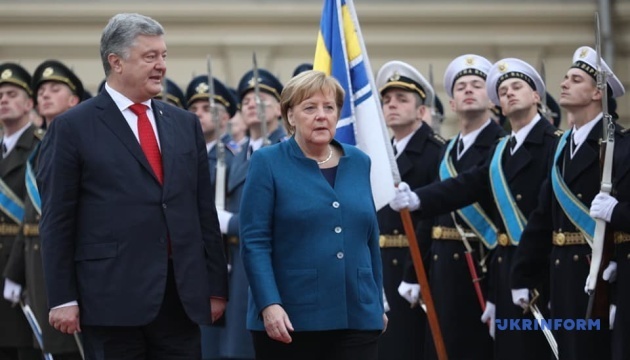 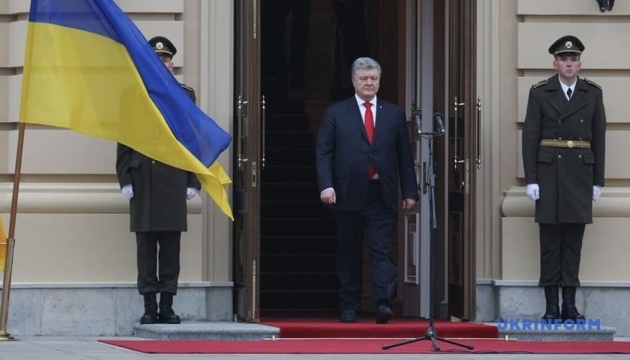 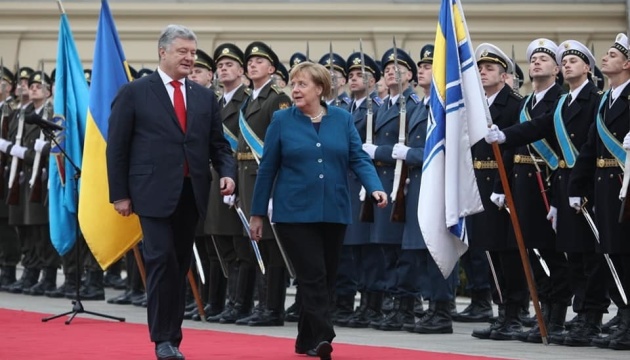 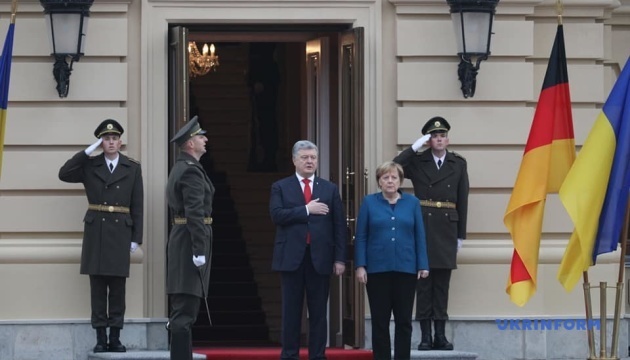 After the talks, the president and the chancellor will talk to the media.

Merkel is on a working visit to Kyiv on November 1. In addition to the talks with Poroshenko, the chancellor plans to meet with Prime Minister Volodymyr Groysman, Verkhovna Rada Speaker Andriy Parubiy, and the heads of factions of the Ukrainian parliament.

Merkel's current visit to Ukraine is the second in the past four years. She last visited Ukraine in August 2014.