President of Ukraine Petro Poroshenko has voted in the second round of the presidential elections at the polling station No.800588, which is located in the Central House of Officers of the Armed Forces of Ukraine in Kyiv.

The president came to the polling station with his family, an Ukrinform correspondent reports.

"We have the free expression of citizens’ will. We have a protected democratic tradition, and this characterizes Ukraine as a European state since we have made huge progress in integrating and returning our state and our nation to the family of European peoples over the past five years," Poroshenko told reporters. 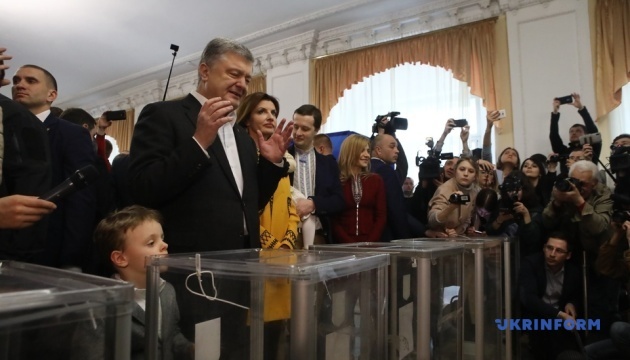 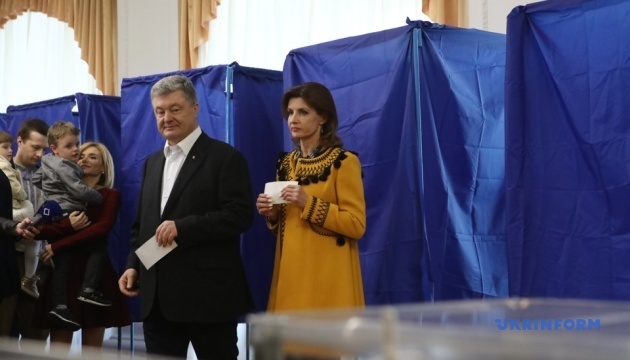 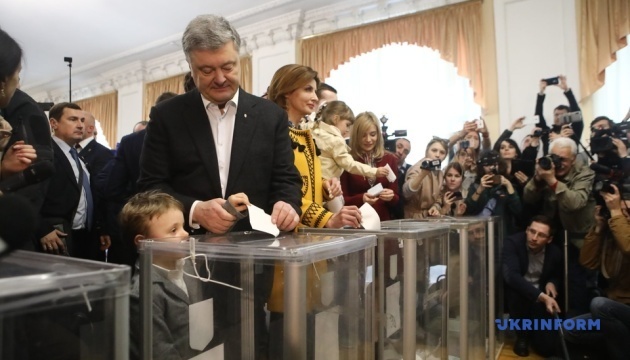 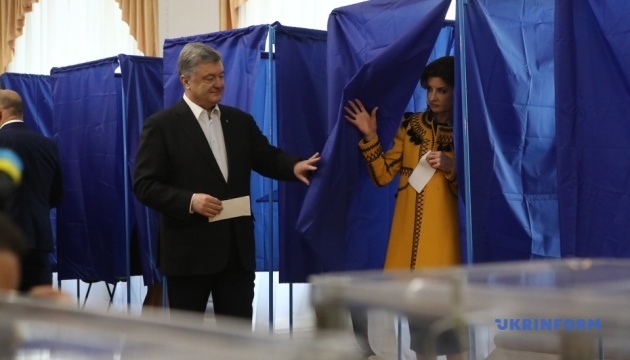 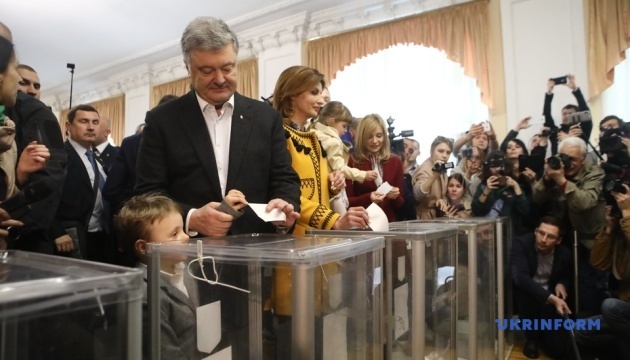 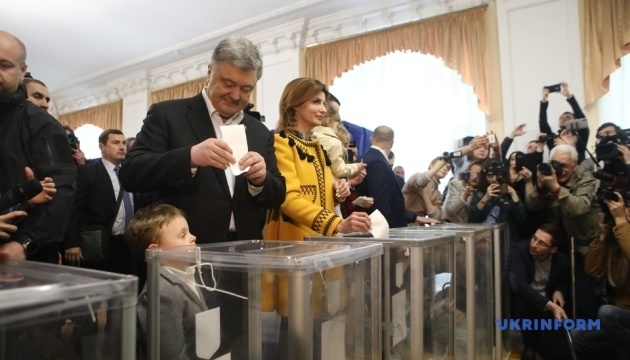 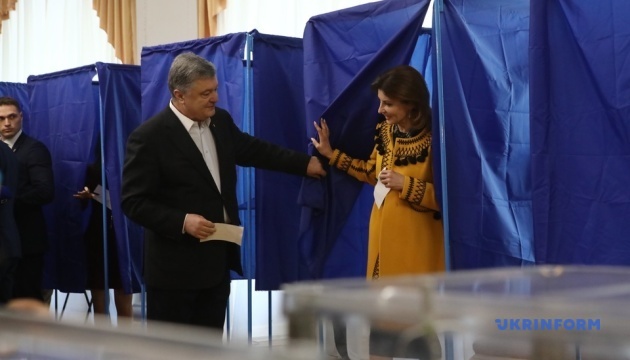 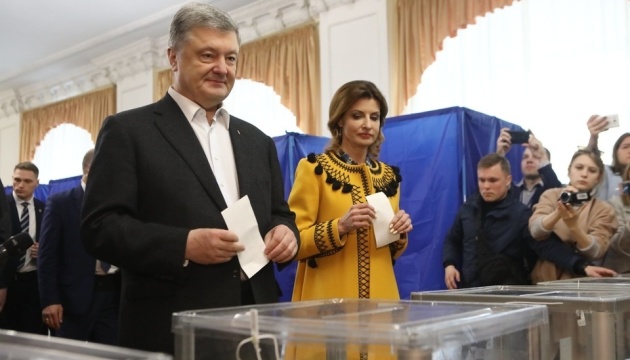 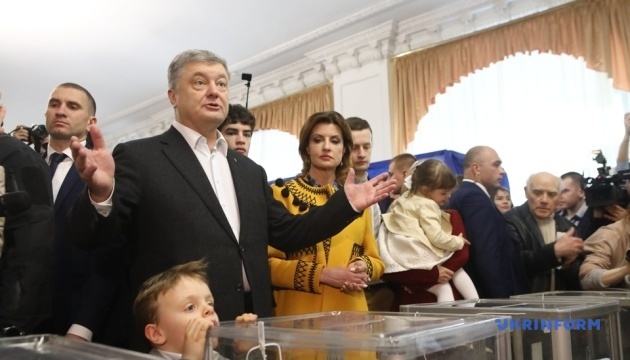 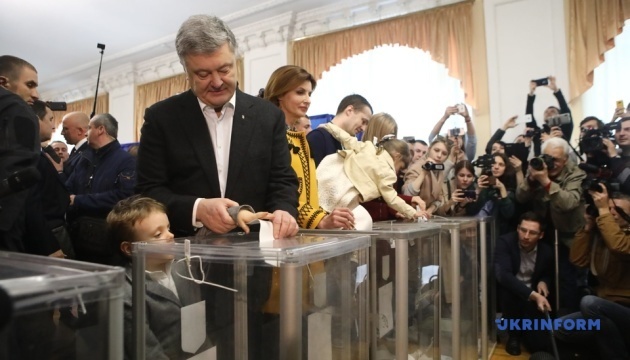 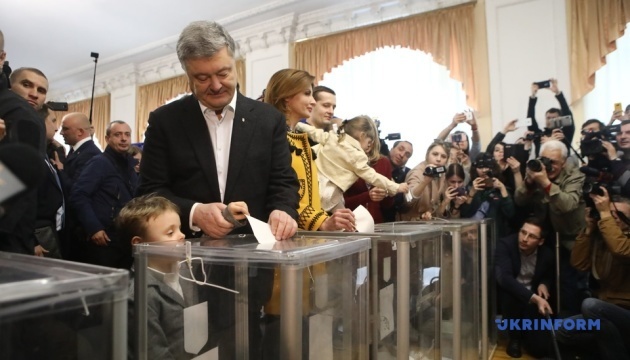 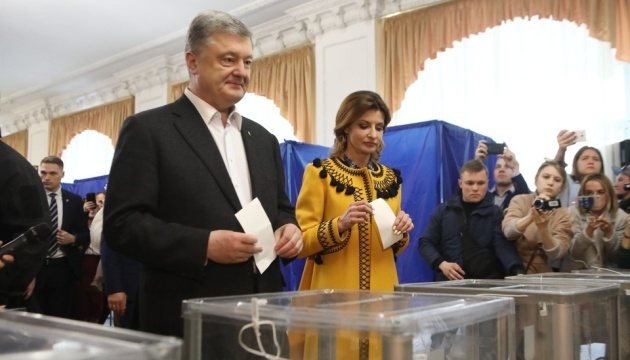 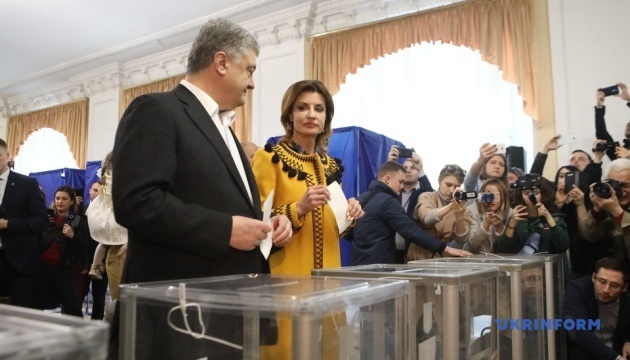 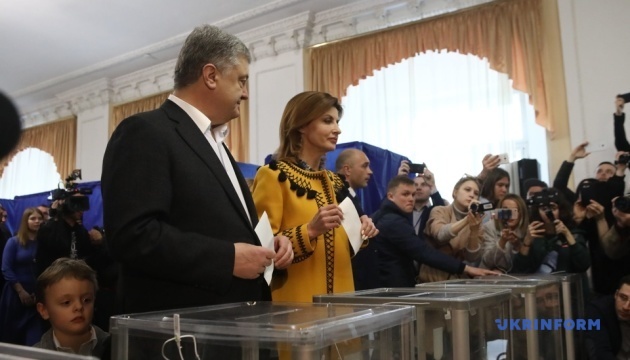 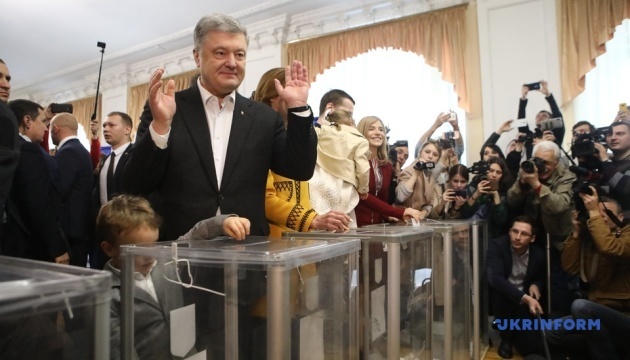 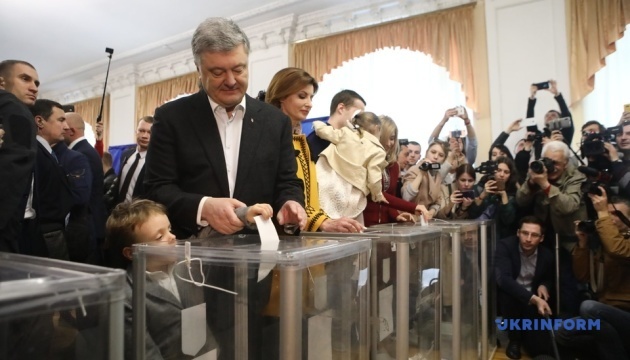 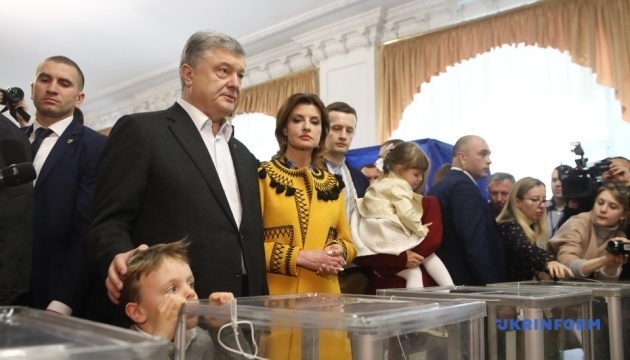 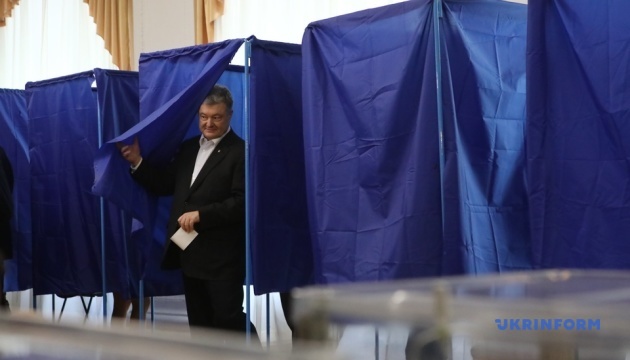 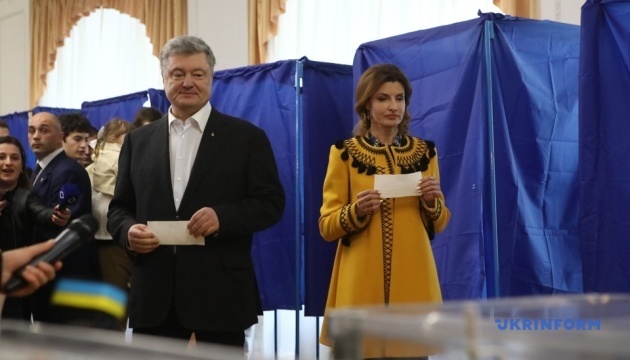 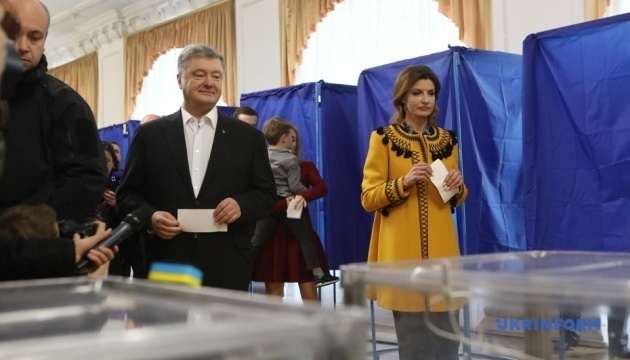 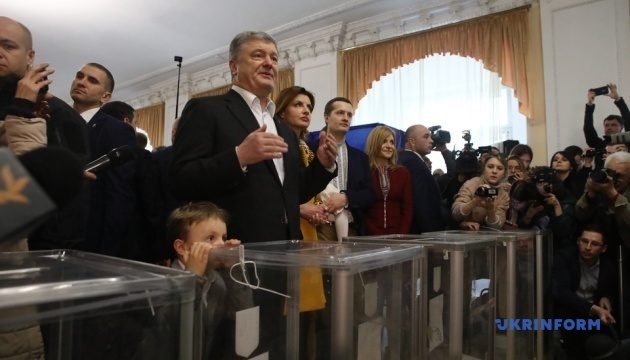 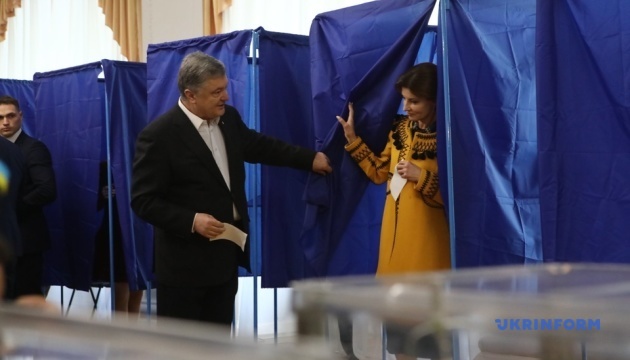 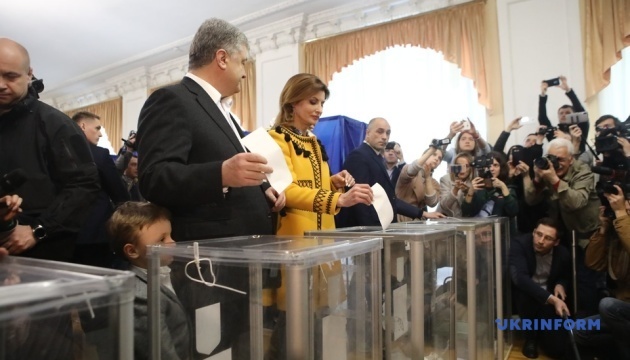 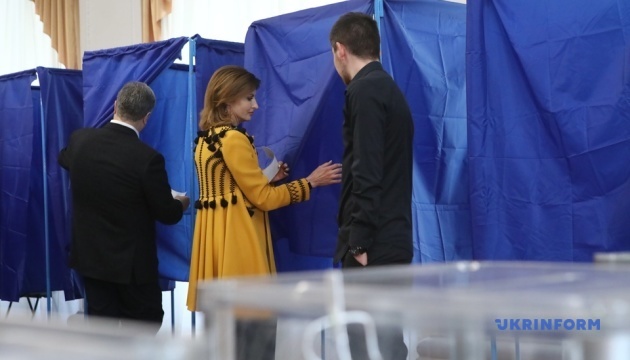 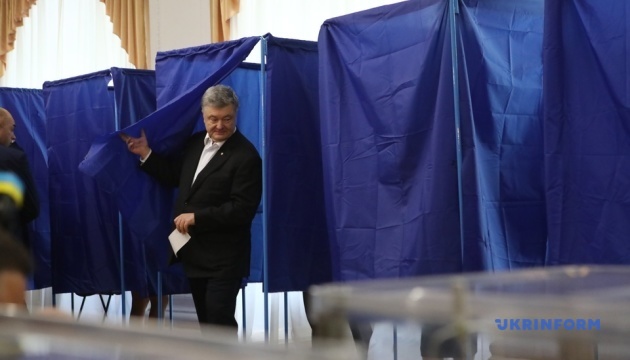 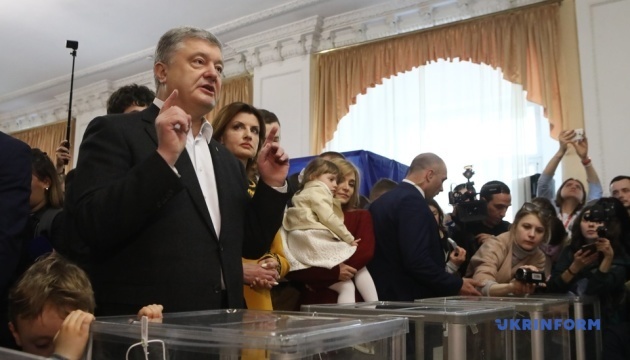 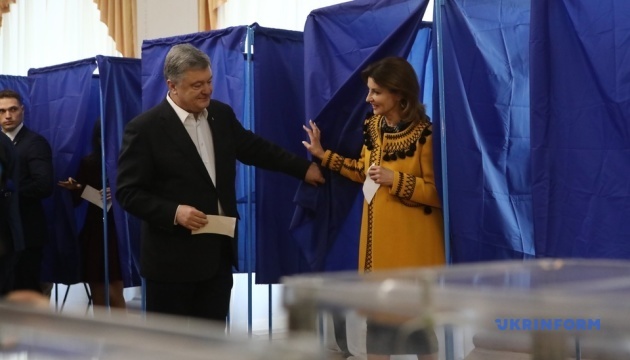 According to him, the President must make every effort to ensure that Ukraine's progress on the path of European and Euro-Atlantic integration does not lose momentum.

Poroshenko noted that not so much the name of a winner of the election race as the strategy of further development of Ukraine is important. "It's very important not to lose the country," he added.

As reported, the second round of Ukraine’s presidential elections is held on Sunday, April 21.

There are two candidates in a voting paper as showman Volodymyr Zelensky and incumbent Head of State Petro Poroshenko made it to the run-off according to the results of the first round held on March 31.