During a working visit to France, Ukrainian Foreign Minister Dmytro Kuleba met with representatives of large and medium-sized French businesses and invited them to participate in Ukraine’s Great Construction and Great Privatization projects.

This was reported by the press service of the Ukrainian Foreign Ministry.

"In subsequent years, huge opportunities open up in Ukraine, in particular, in the areas of construction, infrastructure and energy. Ukraine’s president and government are committed to a large-scale renewal of Ukrainian infrastructure in order to create qualitatively new opportunities for the development of our country and international trade," the minister said. 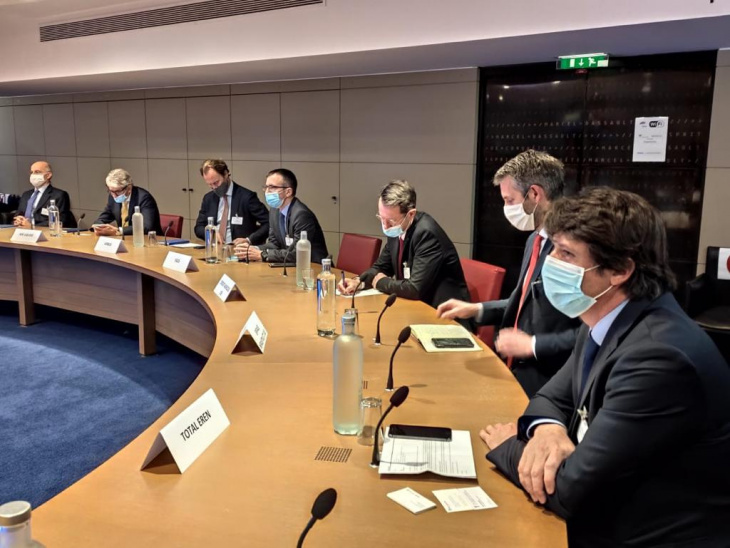 Kuleba clarified that this primarily concerns the issues of construction and concession of roads and bridges, concession and privatization of ports, modernization of border infrastructure, projects for the electrification of public transport, development of water supply systems, waste processing and the like. "This cooperation is not only beneficial, but also has an important political significance for strengthening ties between Ukraine and France," Kuleba stressed.

During the meeting, considerable attention was paid to energy. Kuleba drew attention to the potential for green hydrogen production in Ukraine and the synchronization of our state with the European Green Deal course, which opens up new opportunities in the field of renewable energy.

The minister also spoke about Ukraine's achievements in deregulating and simplifying the conditions for doing business, adoption and successful implementation of a new law on concessions, and harmonization of Ukrainian legislation with EU norms. In conclusion, he recalled that the Council of Exporters and Investors is constantly operating under the Ministry of Foreign Affairs, which helps investors find new opportunities and promotes the entry of Ukrainian companies into new markets.

Minister of Foreign Affairs of Ukraine Dmytro Kuleba was on a working visit to France on February 26.

Photo credit: the Ministry of Foreign Affairs of Ukraine